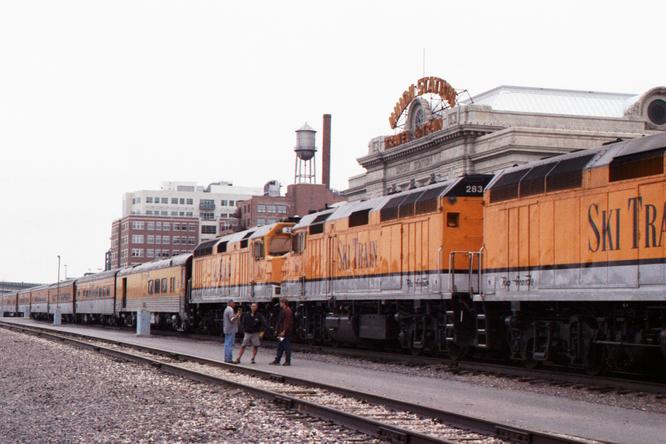 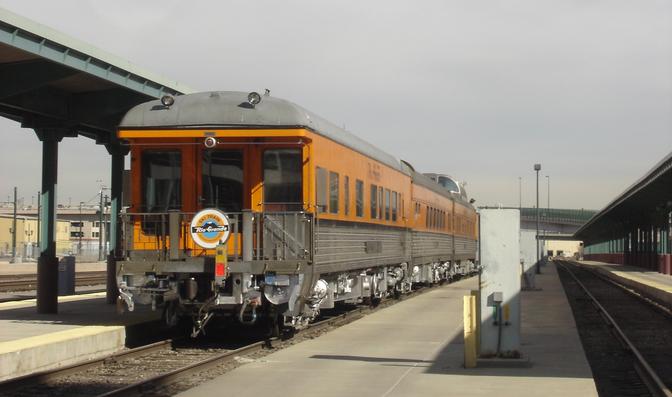 The Ski Train at Denver Union Station in 2003. 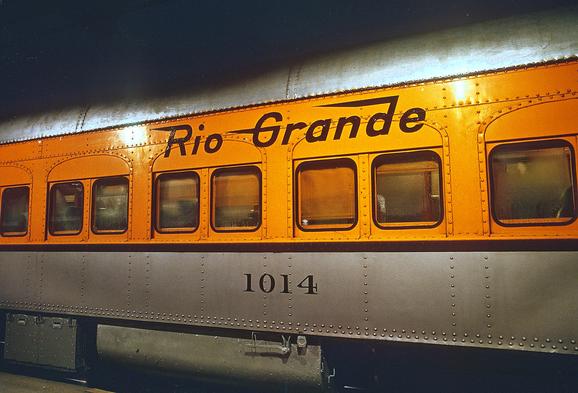 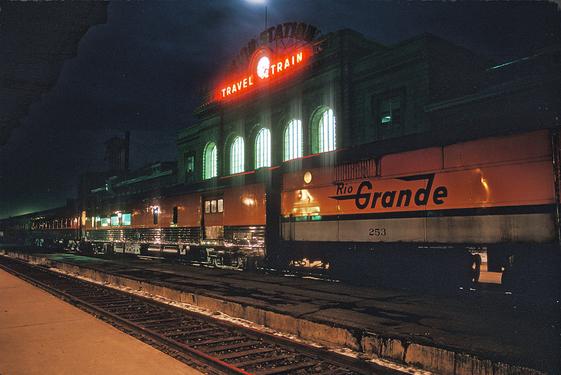 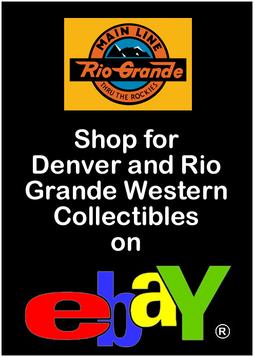 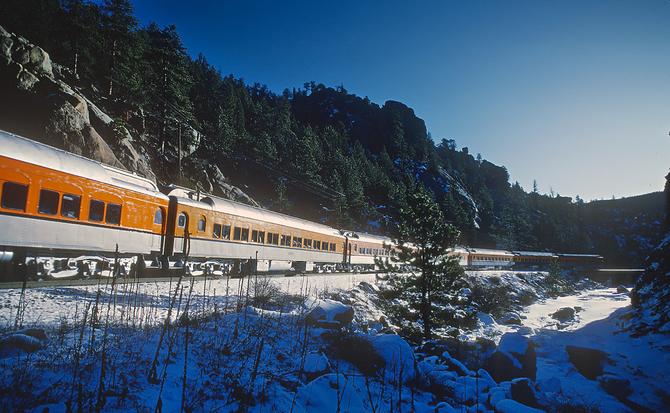 Originally opened in 1940, the Ski Train offered winter passenger service between Denver's Union Station and the Denver-owned Winter Park ski resort from 1940 to 2009 and was operated initially by the Denver and Rio Grande Western Railroad. The operation was sold in 1988 to the Ansco Investment Company, which made various needed improvements and ran the “New Ski Train” for two decades before shutting the operation in 2009. An attempt that same year by Iowa Pacific Holdings to purchase and run the Ski Train fell through.

In 2015, the 75th anniversary of Winter Park Resort, a one-day-only "Winter Park Express" train run by Amtrak sold out quickly, as did three added trains over two weekends. Given the enthusiasm and demonstrated demand, the Winter Park Express officially returned in 2017 with regular weekend service January through March.

The train was instituted by the railroad in 1940 and ran from Union Station in Denver, Colorado for 56 miles (90 km) to the ski resort town of Winter Park, Colorado. The train's scenic route left Union Station and traveled through northwest suburban Denver. At least during the early 1970s, the train made a stop in the Rocky Flats area east of the foothills before starting the 4,000 feet (1,200 m) mountain climb via a series of 29 tunnels - the "Tunnel District" - through the Plainview, Crescent, Wondervu and Gross Reservoir areas, then generally west along South Boulder Creek through Pinecliffe, Tolland and Rollinsville to the final mountain underpass, the 6.2-mile (10.0 km) long Moffat Tunnel under the Continental Divide. This is the highest railroad tunnel in the United States and the third longest, after the Cascade Tunnel in Washington state and the Flathead Tunnel in Montana.

The train stopped less than 100 yards (91 m) from the base of the ski lifts of Winter Park Resort. There was one trip in each direction per day, with a travel time of 2 hours and 15 minutes, assuming no delays from freight rail traffic.

The Ski Train carried skiers to Winter Park Resort from December through March each ski season between 1940 and 2008-2009.

For the 75th anniversary of Winter Park, a special one-day-only Amtrak Winter Park Express Ski Train on Saturday, March 14, 2015, was announced on February 25; more than 450 seats sold out in less than 10 hours. By popular demand, a second train was added for Sunday, March 15, and it also sold out quickly. With demonstrated enthusiasm for the excursion train, there are renewed hopes that the Ski Train may again operate seasonally from the recently redeveloped Union Station public transit complex. In April, Amtrak and Winter Park officials met to begin work on a proposal to track owner Union Pacific Railroad for running at least two trips weekly during January, February, and March 2016. In mid-November, the official word was a hopeful "we're still working on it," but, a month later, Colorado Public Radio prophetically reported "Ski Train Unlikely To Return This Season." Nonetheless, negotiations between Amtrak, Union Pacific, and the Federal Railroad Administration continued, and, starting with the 2016-7 season, Amtrak has returned to offering the Ski Train.

2009 change of ownership
The Ski Train made its final run to Winter Park on March 29, 2009. The Ski Train equipment was sold to Algoma Central Railway Inc., a subsidiary of Canadian National Railway. Ironically, the Ski Train's cars had been originally built in 1968 by Hawker Siddeley for use on CN's Tempos.

The Ski Train was burdened with escalating costs such as liability insurance coverage, operational conflicts with freight traffic, and substantial uncertainties posed by redevelopment of Denver's Union Station. These reasons combined with the worldwide economic maladies in 2009 meant that it was no longer feasible for the Ski Train to be operated.

Iowa Pacific Holdings
Iowa Pacific Holdings (IPH), a holding company that owns railroad properties across North America and the United Kingdom (including San Luis & Rio Grande in southern Colorado), made a bid to revive the Ski Train using an improved business model that utilized idle equipment from SL&RG's subsidiary, Rio Grande Scenic Railroad. Plans fell through due to Amtrak, who would be supplying staff, classifying the Ski Train as a commuter operation vs. an excursion train, resulting in higher liability insurance. Iowa Pacific sued Amtrak, which would have been found liable but settled the matter in court on December 23, 2009, five days prior to the first day operations were to commence (December 27), with a payment to Iowa Pacific. Full refunds were made by IPH.

The former Ski Train F40PH locomotives and most passenger cars are now in use on the Algoma Central Railway's Agawa Canyon tourist train and the equipment has been refurbished and repainted to Algoma Central livery.

After a successful first season, expanded service was announced for the 2017/2018 season, including first-Friday round trips and lower ticket prices for some departures.

In the 1990s, 22-car trains were regularly moving an estimated 1,800 passengers, a good number of mostly unsupervised and energetic, if not rowdy, Eskimo Ski Club youngsters to Winter Park. On one trip in 1990, one brazen youngster pulled the emergency brake on a moving train, damaging one coach's coupler and steam line. At some point, the railroad hired three sheriff's deputies to help maintain order.

In 2006, during the Ski Train days, there were several service disruptions. On Saturday, January 21, the return trip was canceled after a coal train derailment blocked the line, leaving some 700 passengers stuck in Winter Park. Buses were summoned to provide return transportation to Denver, and refunds offered to those who made alternate arrangements.

The following ski season, but still in the same calendar year, a blizzard forced cancellation of two trains over the long New Year's weekend: Friday, Dec. 29 and Saturday, Dec. 30.

In 2017, the Winter Park Express suffered its first major service disruption: a freight train derailment forced the cancellation of the Saturday, March 11 train.