The Speed Merchant
The Speed Merchant was a named train of the Boston and Maine Railroad (B&M), between Boston, Massachusetts and Portland, Maine. The Speed Merchant was purchased by the Patrick B. McGinnis administration of the B&M, and was virtually identical to the John Quincy Adams, one of three experimental passenger trains purchased by the New Haven Railroad (under McGinnis) in an attempt to modernize rail travel and lure people out of their cars. The train was built by American Car and Foundry to a lightweight Talgo design, and was powered by two Fairbanks-Morse P-12-42 Diesel-electric locomotives, one at each end of the train, connected by Multiple unit control. 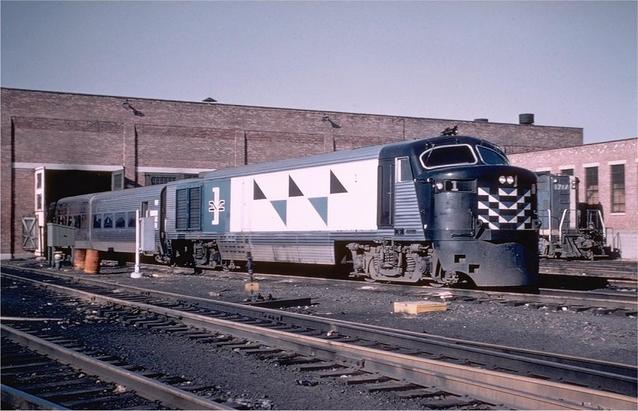 The train consisted of five sections, each made up of three short cars articulated together. The center car of each section had two axles (one at each end), with the remaining cars having a single axle each, being supported by adjacent cars at the end opposite the axle. The ride was rough, as with most of the other lightweight trains of the period, and the train was not a success.

Service lasted until 1964.  McGinnis' financial dealings ultimately culminated in a prison sentence for receiving kickbacks on the sale of B&M's streamlined passenger cars, effectively ending his career in railroading.