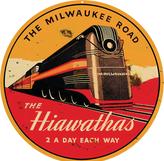 The Milwaukee Road’s Hiawathas cruise easily at 100 m.p.h.and are capable of more than 2 miles per minute, but speed is not all. Silence and riding ease, luxurious cars, air conditioned comfort, delightful meals and courteous service have combined to make the Hiawathas the most popular trains in the world. No extra fare. Circa 1935. 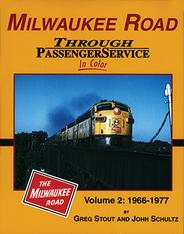 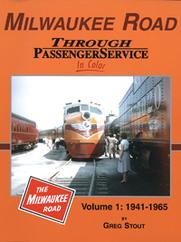 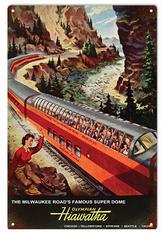 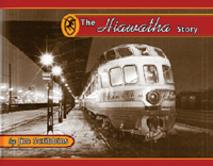 Two of the Skytop lounge cars in UP/Milwaukee Road livery, circa 1955. 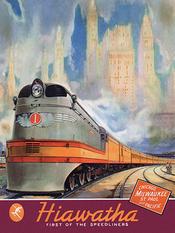 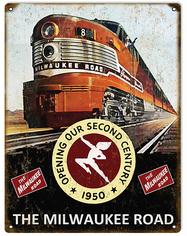 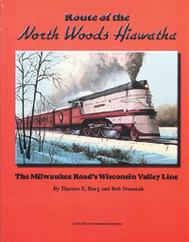 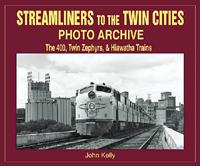 History
Pre-Amtrak
In the 1930s three railroads competed for passengers on the Chicago–Minneapolis/St. Paul corridor: the Milwaukee Road, the Chicago, Burlington and Quincy Railroad (the Burlington), and the Chicago and North Western Railway (C&NW). Each managed the roughly 400-mile trip between the two cities in 10 hours, at an average speed of 40 miles per hour. In 1934 each of the railroads committed to introducing new services which would reduce the travel time to 6½ hours. The Burlington introduced the Twin Cities Zephyr, a diesel-powered streamlined trainset, while the C&NW's Twin Cities 400 used refurbished steam locomotives and conventional passenger equipment. The Milwaukee Road ordered new steam locomotives from American Locomotive Company and constructed new passenger cars in its own shops. All three trains would enter service in 1935.

The first Hiawatha ran between Chicago and the Twin Cities on May 29, 1935, on a daily 6½ hour schedule over 410 miles. The four new class A locomotives had streamlining by Otto Kuhler, were oil-fired to reduce servicing time en route, and were some of the fastest steam engines ever built, capable of powering their five-car train at more than 100 mph. Patronage was good and the consist grew from five cars to as many as nine.

In October 1936 the Milwaukee Road re-equipped the Hiawatha with a new "1937" Hiawatha based, improving on the 1935 design. It had a baggage-‘Tip Top Tap’ car, four coaches, a dining car, and three parlor cars, including a new Beaver Tail parlor-observation car. The new cars featured fluted sides, in contrast to the smooth sides of the 1935 edition. The regular consist was nine cars.

In September 1938 the train was re-equipped again with the "1939" Hiawatha with its famous finned Beaver Tail observation car, designed by noted industrial designer Otto Kuhler. Kuhler also styled the new Class F7 4-6-4 “Hudsons” which displaced in the Class A's. 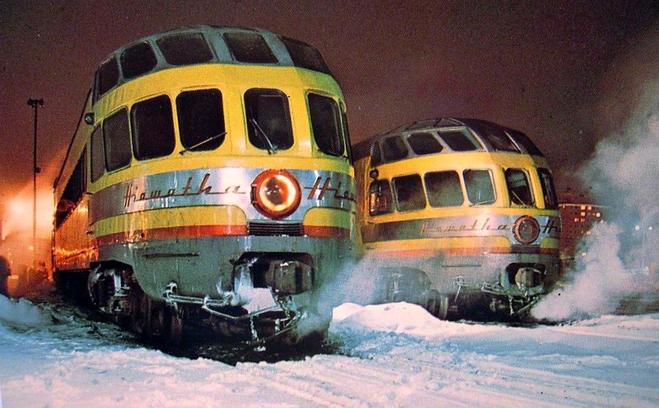 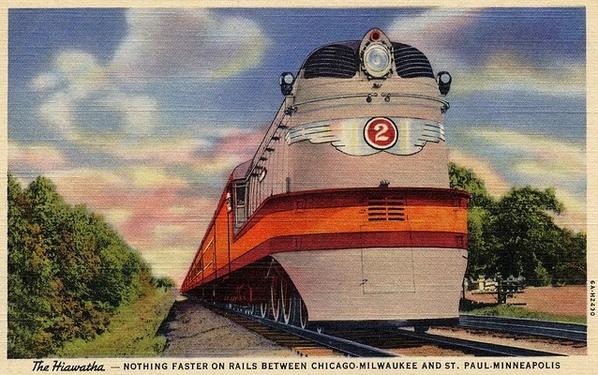 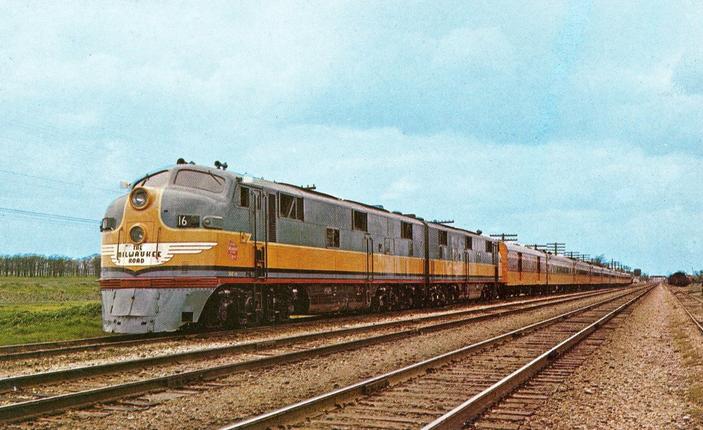 From January 21, 1939, the Twin Cites Hiawatha became two trains: the Morning Hiawatha (trains 5 and 6), and the Afternoon Hiawatha (trains 100 and 101). With the delivery of the "1939" trainsets, the original 1935 Hiawatha equipment was reassigned to the Chicago to Omaha/Sioux City route where it ran as the Midwest Hiawatha. Another train, The North Woods Hiawatha, ran with older cars from earlier series also.

In June 1941 the two afternoon trains were scheduled 6 hr 45 min between Chicago and Minneapolis; the eastward morning train took 6 hr 50 min but the westward made more stops and was scheduled for 8 hours.

Two sets of passenger diesel locomotives appeared in 1941: a back to back pair of Alco/GE DL-107 locomotives, the #14, and a back to back pair of EMD E-6, the No. 15. The Twin Cities Hiawatha was partially equipped in May 1942 with coaches, two diners, and two ‘Tip Top Tap’ cars which ran with the 1939 Beaver Tails and parlors. Older series of cars were modified with skirting to run with the newer consists. During the following War years, the trains were loaded out to 15 car consists, and one of the 1942 cars painted in patriotic red, white & blue proclaiming “Buy War Bonds.” The train was so full, that people had to sit on suitcases, or stand in aisles.

In 1947–1948 the Milwaukee Road again re-equipped its major passenger routes with new lightweight cars. The new Morning Hiawatha and Afternoon Hiawatha were inaugurated with diesel-powered trains designed by Brooks Stevens. The new trains included the Skytop parlor observation cars. These four cars had a drawing room and swivelling parlor seats, and at the rear there was a lounge area with an expanse of windows. Skytop car No. 186 Cedar Rapids has been restored and is owned by a Minneapolis-based organization that operates the Milwaukee Road 261 steam locomotive. The trains made their debut on May 29, 1948, the thirteenth anniversary of the first Hiawatha.

In 1952 the Milwaukee Road took delivery of ten "Super Dome" cars. Six were assigned to the Olympian Hiawatha and two each to the Morning and Afternoon Hiawathas. Both trains had coaches, a Super Dome lounge car, dining car (sometimes a Tip Top Tap car), Valley-series parlor cars, and the distinctive Skytop lounge observation car. Starting in 1955, with the Milwaukee Road handling the Union Pacific "Cities" trains between Chicago and Omaha, passenger equipment was painted in the Union Pacific armour yellow and harbor-mist grey with red Scotchlite striping. The rest of the fleet was painted this way, except for the heavyweight commuter cars in Chicago.

The Afternoon Hiawatha ended on January 23, 1970. The Morning Hiawatha continued until the formation of Amtrak, making its last run on April 30, 1971. Amtrak retained a single Chicago-Minneapolis frequency with the Burlington Northern's Empire Builder, although it did re-route the Builder over the Milwaukee Road's route.

Route
The Twin Cities Hiawatha was the main line route from Chicago and Milwaukee to St. Paul and Minneapolis. On the original route, only five intermediate stops were made between Milwaukee and St. Paul. Later other stops were added, as well as Glenview, Illinois between Chicago and Milwaukee. When the Hiawatha began in 1935 about half the line had cab signaling that lit white, green, or red lights in the locomotive cab. A whistle would sound if the red signal came on.