The Twin Star Rocket
The Twin Star Rocket was a passenger train operated jointly by the Chicago, Rock Island and Pacific Railroad and the Chicago, Burlington and Quincy Railroad. Introduced on January 14, 1945, it was the only new streamlined train permitted to enter service in World War II by the U.S. Government. The new train became the second longest north–south train itinerary under the management of a single railroad in the United States (and the longest measured by great circle distance) with its northern terminal at the Milwaukee Road’s Minneapolis, Minnesota depot and southern terminal 1,363 miles away at Houston, Texas. The name of the new streamlined train was derived from its terminal states—Texas being known as the Lone Star State and Minnesota as the North Star State. 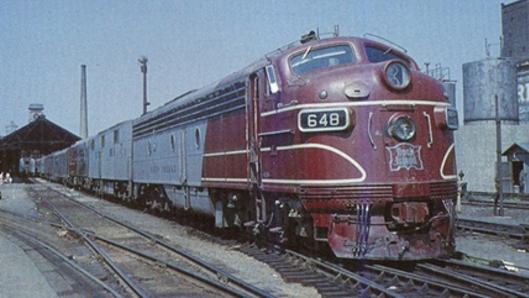 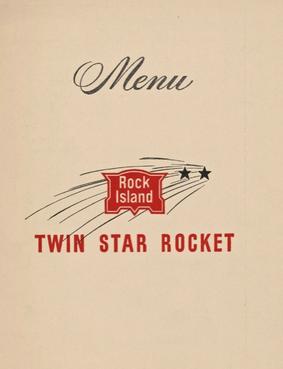 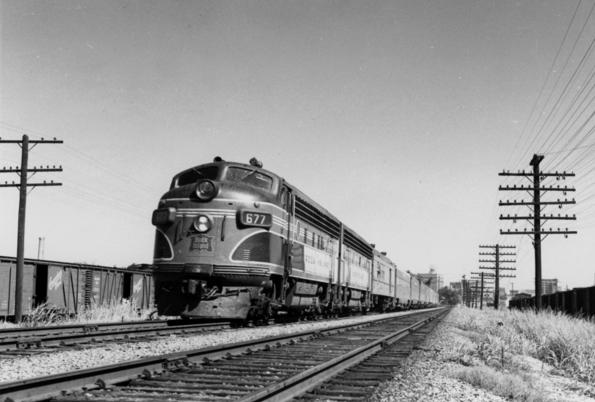 The Rock Island powered these three streamlined consists with EMD E6A units taken from other schedules.
Each train set was assigned a heavyweight baggage-30-foot Railway Post Office cars, streamlined dining cars came from the Golden State and were known as the Cactus series as each was named for a cactus—No. 422 Yucca; No. 423 Saguaro; and No. 424 Ocotillo. The Twin Star Rockets were fully streamlined in 1948.

A menu from the Twin Star Rocket dining car.