The platform at San Diego in the early days of World War II. The Valley Flyer cars, on train 70, the northbound San Diegan, are at right.

The locomotives had metal skirting along the sides, painted aluminum (as were the nose and smokestack) with red and yellow stripes, these being outined by black pinstripes; the tenders were similarly decorated. A yellow "Circle and Cross" emblem backed by red "wings" was emblazoned across the front of the locomotive above the pilot deck, and on each side of the tender, which also featured a red "wing." The air-conditioned rolling stock was painted aluminum with red and yellow stripes along their sills, bordered with black pinstripes (somewhat like Santa Fe's passenger diesel locomotives). Stripes on the combine unit split into two sets, with one set sweeping up to align with those on the locomotive tenders. Window shades were painted matte aluminum. The sides of the passenger cars bore "SANTA FE" in black, extra extended Railroad Roman letters. The design of the Valley Flyer‍ '​s drumhead was inspired by that of its counterpart, the Golden Gate. 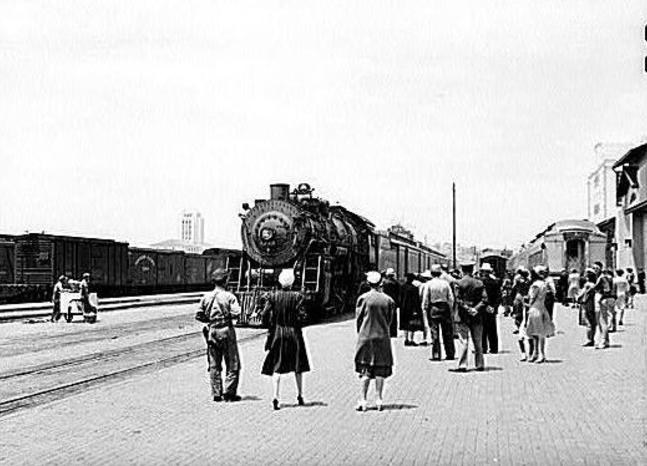 The first run was on June 11, 1939. The train left Bakersfield daily at 6:30 a.m. PST and arrived in Oakland at 12:35 p.m., then returned at 1:55 p.m., pulling into Bakersfield at 8:00 p.m. Beginning on October 27, 1941 the Flyer cars (save for the lounge car) was used to transport troops as a section of the San Diegan on the Santa Fe's "Surf Line" between Los Angeles and San Diego. In 1942 the trainset was discontinued and the passenger cars returned to pool service, repainted Coach Green.