Operating westbound as Train No. 9, the Chicago Express, and eastbound as Train No. 10, the Washington Express, it was an "accommodation" train, meaning that it made stops at most stations along the route bypassed by B&O's other trains, resulting in a slower timecard than the more prestigious Capitol Limited. The Washington–Chicago Express required a leisurely 18½ hours for its 767-mile  journey, compared to the faster Capitol Limited‍ '​s 16-hour pace. The Washington–Chicago Express was also B&O's primary train for mail and Railway Express Agency shipments, having heavy head end equipment consisting of several Railway Post Office (RPO) cars, baggage cars, and bulk mail boxcars.

The Washington–Chicago Express continued to offer Pullman sleeping car and dining car service into the mid-1960s, but the ending of B&O's mail contract in the late-1960s by the U.S. Postal Service spelled the doom of the train, resulting in its discontinuation before the advent of Amtrak in 1971. 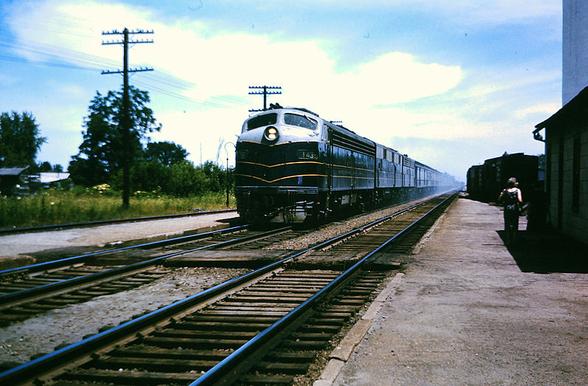 In addition to a Washington–Chicago through sleeping car and dining car providing full meal service en route, the B&O's Washington–Chicago Express also offered a "set-out" sleeper in Pittsburgh, Pennsylvania. In 1961, for example, the set-out sleeper for Washington was parked on a siding at Pittsburgh's P&LE Station (used by B&O's long-distance trains) and available for occupancy by passengers at 9:00 p.m., prior to the arrival of the eastbound Washington Express at 10:30 p.m. The sleeper was then coupled to the rear of the train during the 25-minute layover there. 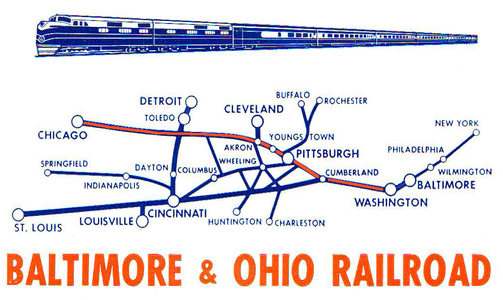 Route of the Chicago-Washington Express.