The train consisted of nine, short, all-aluminum cars articulated together. The center car had two axles (one at each end), with the remaining cars having a single axle each, being supported by adjacent cars at the end opposite the axle. The ride was rough, as with most of the other lightweight trains of the period, and the train was not a success. The train was retired in 1960, and was sold to Jones Tours, for excursion service. After a long period of storage in South Carolina, the train and locomotive were scrapped around 1970. 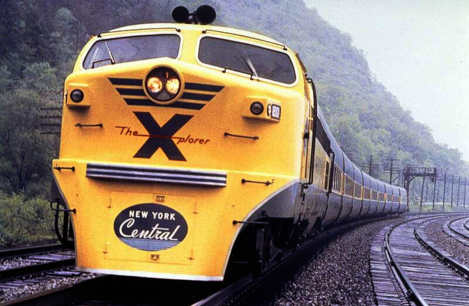 Xplorer
The Xplorer was a named train of the New York Central Railroad (NYC), between Cleveland, Ohio and Cincinnati, Ohio. The Xplorer was an attempt by the NYC to modernize rail travel in Ohio and lure people out of their cars. The train was built by Pullman to their lightweight Train-X design, and was powered by a Baldwin RP-210 Diesel-hydraulic locomotive. 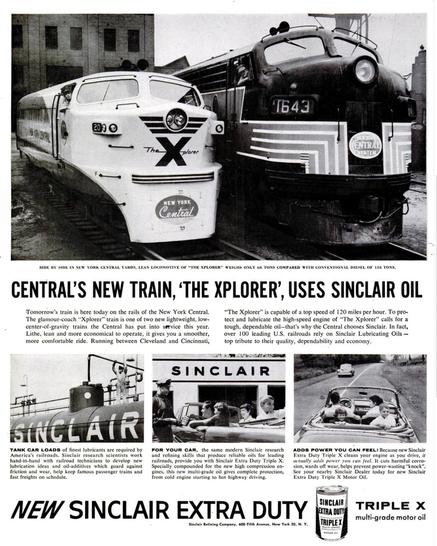 A Sinclair advertisement from September of 1956 featuring the Xplorer.