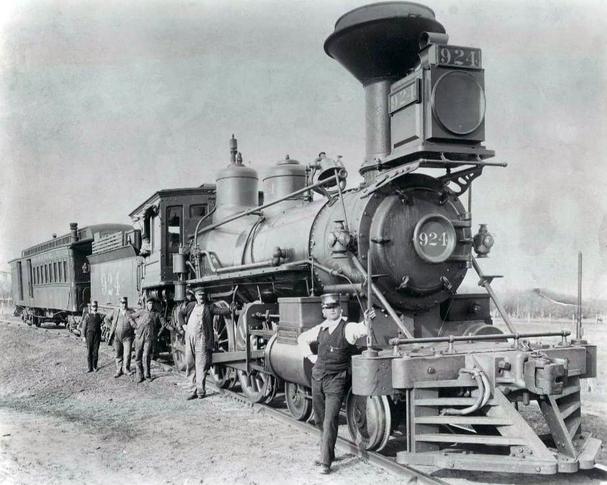 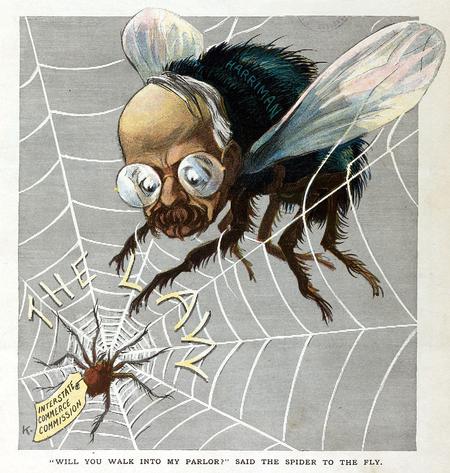 Early life
Harriman was born on February 20, 1848 in Hempstead, New York, the son of Orlando Harriman, Sr., an Episcopal clergyman, and Cornelia Neilson. He had a brother, Orlando Harriman, Jr. His great-grandfather, William Harriman, emigrated from England in 1795 and engaged successfully in trading and commercial pursuits.

As a young boy, Harriman spent a summer working at the Greenwood Iron Furnace in the area owned by the Robert Parker Parrott family that would become Harriman State Park. He quit school at age 14 to take a job as an errand boy on Wall Street in New York City. His uncle Oliver Harriman had earlier established a career there. By age 22, he was a member of the New York Stock Exchange.

Career
Harriman's father-in-law was president of the Ogdensburg and Lake Champlain Railroad Company, which aroused Harriman's interest in upstate New York transportation. In 1881, Harriman acquired the small, broken-down Lake Ontario Southern Railroad. He renamed it the Sodus Bay & Southern, reorganized it, and sold it to the Pennsylvania Railroad at a considerable profit. This was the start of his career as a rebuilder of bankrupt railroads.

Harriman was nearly 50 years old when in 1897 he became a director of the Union Pacific Railroad. By May 1898, he was chairman of the executive committee, and from that time until his death his word was law on the Union Pacific system. In 1903, he assumed the office of president of the company. From 1901 to 1909, Harriman was also the President of the Southern Pacific Railroad. The vision of a unified UP/SP railroad was planted with Harriman. (The UP and SP were reunited on September 11, 1996, a month after the Surface Transportation Board had approved their merger.)

At the time of his death Harriman controlled the Union Pacific, the Southern Pacific, the Saint Joseph and Grand Island, the Illinois Central, the Central of Georgia, the Pacific Mail Steamship Company, and the Wells Fargo Express Company. Estimates of his estate ranged from $150 million to $200 million. It was left entirely to his wife.

The Harriman Alaska Expedition
In 1899, Harriman sponsored and accompanied a scientific expedition to catalog the flora and fauna of the Alaska coastline. Many prominent scientists and naturalists went on the expedition, aboard the luxuriously refitted 250-foot (76 m) steamer George W. Elder.

Interest in ju-jitsu
Harriman became interested in ju-jitsu after his two-month visit to Japan in 1905. When he returned to America, he brought with him a troupe of six Japanese ju-jitsu wrestlers, including the prominent judokas Tsunejiro Tomita and Mitsuyo Maeda. Among many performances, the troupe gave an exhibition that drew six hundred spectators in the Columbia University gymnasium on February 7, 1905.

Harriman died on September 9, 1909 at his home, Arden, at 1:30 p.m. at age 61. Naturalist John Muir, who had joined him on the 1899 Alaska Expedition, wrote in his eulogy of Harriman, "In almost every way, he was a man to admire." Harriman was buried at the St. John's Episcopal Church cemetery in the hamlet of Arden, near his estate.

In the early 1900s, his sons W. Averell Harriman and E. Roland Harriman hired landscape architect Arthur P. Kroll to landscape many acres. In 1910, his widow donated 10,000 acres (40 km2) to the state of New York for Harriman State Park. The estate was designated a National Historic Landmark in 1966.

Legacy
Award
In 1913, his widow created the E. H. Harriman Award to recognize outstanding achievements in railway safety. The award has been presented on an annual basis since then.

Namesakes
The Union Pacific Harriman Dispatch Center in Omaha, Nebraska is named for Edward H. Harriman.
Harriman Glacier in Alaska's Chugach National Forest, located in Whittier, Alaska, was named for him by the Harriman Alaska Expedition
Two post offices in Oregon were named for Harriman, including the one at Rocky Point, where he maintained a summer camp for several years.
Financial and business publisher Harriman House is named after Harriman.
The city of Sparks, Nevada was known as Harriman during its early existence.

Places built using funds donated from his sponsorship or estate
Harriman founded the Tompkins Square Boys’ Club, now known as The Boys’ Club of New York. The original club, founded in 1876, was located in the rented basement of the Wilson School in Manhattan’s Lower East Side, and began with three boys. Harriman’s idea for the club was to provide a place "for the boys, so as to get them off the streets and teach them better manners." By 1901, the club had outgrown its space. Harriman purchased several lots on 10th and Avenue A, and a five-story clubhouse was completed in 1901.
Inheritance taxes from Harriman's estate, in the amount of $798,546 paid by his widow on March 1, 1911 to the State of Utah, helped fund the construction of the state's capitol.
Harriman State Park in Tuxedo, NY

Notable quotations
"Much good work is lost for the lack of a little more."

"Cooperation means 'Do as I say, and do it damn quick."

In popular culture
Harriman is mentioned in the movie Butch Cassidy and the Sundance Kid (1969), as the commercial baron whose agents become the title characters' nemeses. In the film's second train robbery, a railroad employee ascribes his refusal to cooperate with the robbery to his obligations to Harriman personally, and one of Butch and Sundance's intimates describes Harriman's hiring of famed outlaw-hunters to track down the gang's leaders.
In the movie The Wild Bunch (1969), a railroad official named "Harrigan" takes the same strategy.

Edward Henry Harriman in his office 1899. 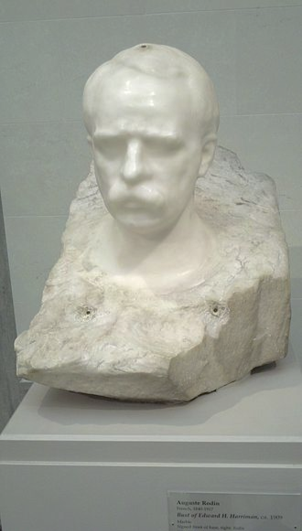 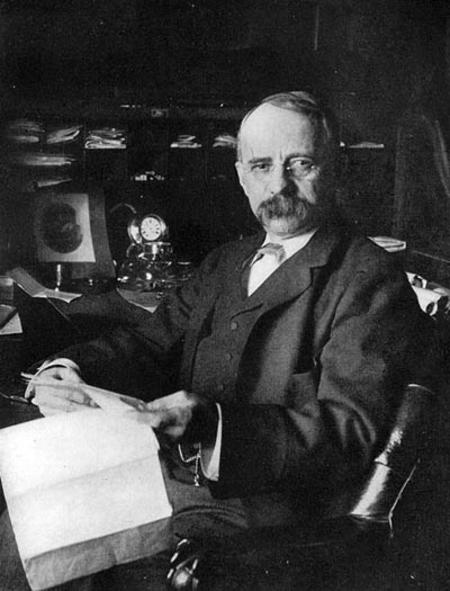 A 1907 cartoon depicting Harriman and his railroads as subject to federal law and the Interstate Commerce Commission.