Grif Teller
Griffith Harold "Grif" Teller (December 9, 1899 – April 8, 1993) was an artist famous for his paintings for the Pennsylvania Railroad.

Early life
Teller was born on December 9, 1899 in Newark, New Jersey. Teller attended the Barringer High School until his junior year, when he transferred to the Fawcett School of Industrial Arts. With what started as a temporary job with the Osborne Company, an advertising and color calendar company, towards the end of World War I, Teller was hired permanently after showing the head of Osborne's Designing Department some of his paintings.

He was a long-time resident of Little Falls, New Jersey.

Teller's 1928 painting, When the Broadway Meets the Dawn, was used as the background for the "Preserve Our Heritage" special-fund license plate introduced in 1998 by PennDOT to help fund Pennsylvania Historical and Museum Commission programs, which receives $15 of the $35 fee for each of those license plates, which are still sold today. 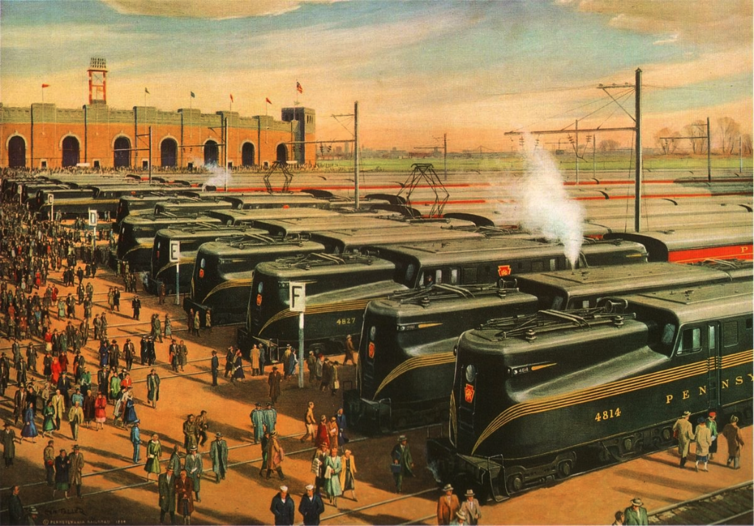 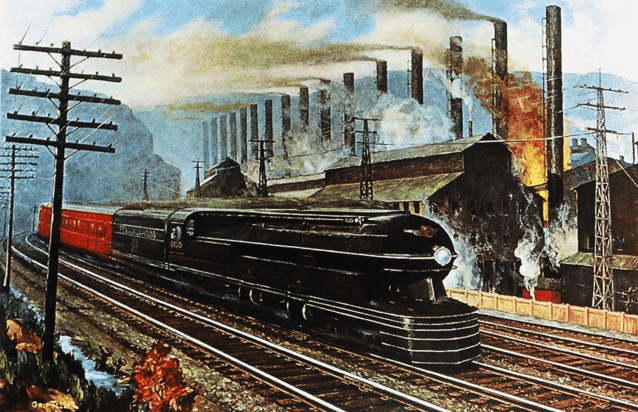 Mass Transportation (Army-Navy Game), Griffith Teller's illustration for the 1955 Pennsylvania Railroad calendar. Beginning in 1936 when the game moved to Municipal Stadium, the Pennsylvania Railroad operated special game-day service with around 40 trains serving as many as 30,000 of the attendees. To do this, the PRR modified their Delaware Extension and West Philadelphia Elevated Branch freight lines and installed massive temporary platforms at Greenwich Yard.