John Shedd Reed
John Shedd Reed (born 1917 in Chicago, Illinois, died March 16, 2008 in Lake Forest, Illinois) was president of the Atchison, Topeka and Santa Fe Railway from 1967 until 1986. The rail transport industry journal Modern Railways named Reed its Man of the Year for 1970. Popularly known as "John Santa Fe" by his employees, Reed would oversee the final transition of the Santa Fe from steam to diesel engines.

He was educated at The Hotchkiss School and Yale University. He served as the president of Shedd Aquarium in Chicago, Illinois, from 1984 to 1994. Reed's grandfather was John G. Shedd, founder of the aquarium. 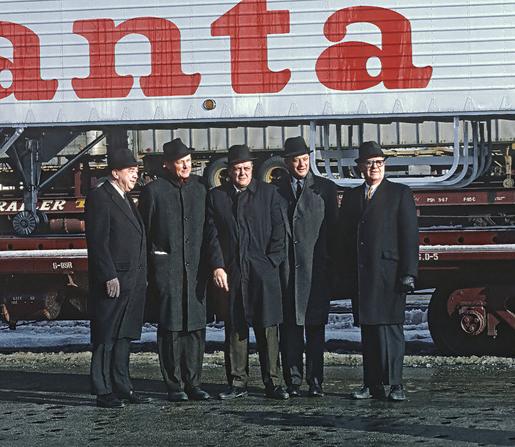