Several names are widely recognized as belonging to great railroad photographers. One of those names belongs to Otto Perry, a man who traveled the country, recording both still and moving pictures of our nation's railroad history. One of his favorites was surely the Denver and Rio Grande Western, and over the years, he filmed trains around this entire route. Machines of Iron, in cooperation with the Rocky Mountain Railroad Club, offers a look back at this "narrow gauge circle," produced from the film collection of this renowned railroad photographer. 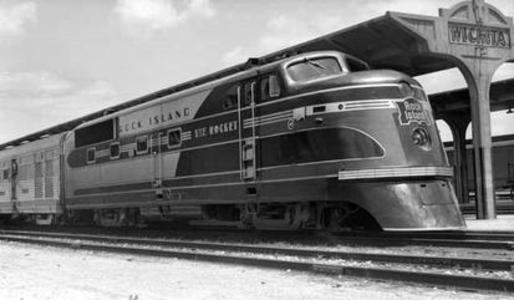 The Rocky Mountain Railroad Club opens their archives to show you the works of Otto Perry, noted rail photographer of the Rocky Mountain Region. Enjoy long gone Santa Fe passenger trains pulled by mighty steam locomotives and classic diesel types including an Santa Fe-1, FTs, F3s, & PA-2s. All of these diesels are in Warbonnet colors. The Super Chief, the Chief, the El Capitan, the Scout, the Grand Canyon, and the Centennial State trains are featured. Giant wartime 2-8-8-2 steam locomotives are seen in rare scenes on Raton Pass. There's also plenty of classic Santa Fe steam and diesel locomotives powering freight trains to watch and enjoy.

Otto Perry
Otto Perry (1894 – 1970) was an American photographer and railfan specializing in railroad photos. Perry worked as a mailman in Denver, Colorado, where he met and became friends with Louis McClure, another noted photographer.

By the time Perry died, his collection contained more than 20,000 photos, from all parts of North America. They were donated to the Western History Department of the Denver Public Library and have been made available for viewing on the internet.