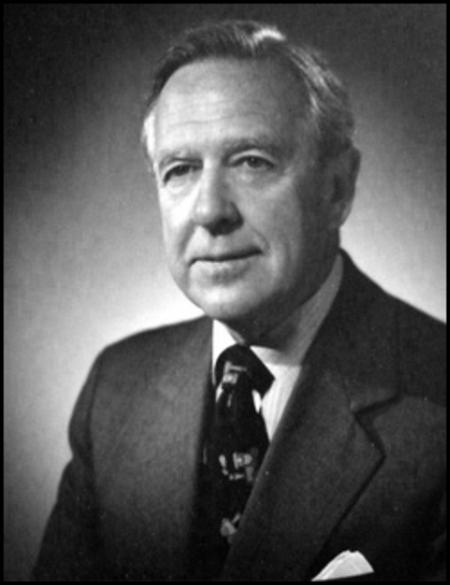 William John Quinn was a railroad executive and attorney who was active from the 1930s through the late1970s.

Quinn was the chairman and CEO of the Chicago-based Chicago, Milwaukee, St. Paul and Pacific Railroad (Milwaukee Road) in the 1970s and also held top executive posts at two other rail lines.

Born in St. Paul, Minn., Quinn received an undergraduate degree in 1933 from what is now the University of St. Thomas in his hometown. Quinn played on St. Thomas' hockey team and also developed a reputation as an expert debater. One of his debate partners was future Minnesota Supreme Court Chief Justice Robert Sheran.

After earning a law degree from the University of Minnesota in 1935, Quinn worked in private practice and as an assistant U.S. attorney in Minnesota.

He had a number of relatives in the railroad industry, and in 1940 was asked by a former colleague in the U.S. attorney's office to join him with the Soo Line.

"I didn't want to change jobs at the time, but I decided to give it a try," Quinn told the Chicago Tribune in 1960. "I've never regretted the decision."

During World War II, Quinn went on a leave of absence from the Soo Line to work for the FBI as a counterespionage agent. Based first in Louisville, Ky., and then in New York City, Quinn handled counterespionage cases involving the Germans and the Russians.

The job appealed to Quinn, he told the Tribune in 1960, because while it was "down one notch," it offered "a bigger challenge."

In 1958, Quinn, then 46, became the youngest president the Milwaukee Road's 107-year history. Over the next decade-plus, Quinn considered several merger partners, including the Chicago, Rock Island and Pacific Railroad and the Chicago & North Western Railway, but couldn't get a deal.

Quinn returned in 1970 to his former employer, the Milwaukee Road, as its chairman. One of his noteworthy actions was his 1972 decision to discontinue the electrification of the Milwaukee Road's lines in the Pacific Northwest and to sell the copper wires above those tracks and shift to diesel locomotives on those lines. The move was a costly one for the Milwaukee Road, coming right before the 1973 oil crisis.

Quinn also championed combining Midwestern railroads as a way to eliminate duplicate tracks and facilities between Chicago and the West Coast. In the mid-1970s, he advocated merging the Milwaukee Road with the Burlington Northern.

Ultimately, however, the Milwaukee Road — like most Midwestern freight railroads — struggled in the 1970s from weak rail traffic, and the railroad filed for bankruptcy in December 1977.

"The size of our rail network cannot be supported by the revenues it generates," Quinn told members of Congress on Capitol Hill in Washington in January 1978.

Quinn was a board member of the College of St. Thomas from 1963 until 1994. After retiring, Quinn served on the board of Loyola University Chicago from 1979 until 1992.