Built by the Pullman Car Company at their Michigan City, Indiana plant in February 1911 for the Union Pacific subsidiary Oregon Short Line Railroad as No. 331. Renumbered in 1914 as No. 2114 and again to No. 1897 in 1924. The car is configured as a working mail car with provision for a baggage and handled mail, and fresh produce. It resides at the Douglas Railroad Interpretive Center (the former C&NW Depot) in Douglas, Wyoming.   By Wusel007 - Own work, CC BY-SA 4.0, https://commons.wikimedia.org/w/index.php?curid=59752136 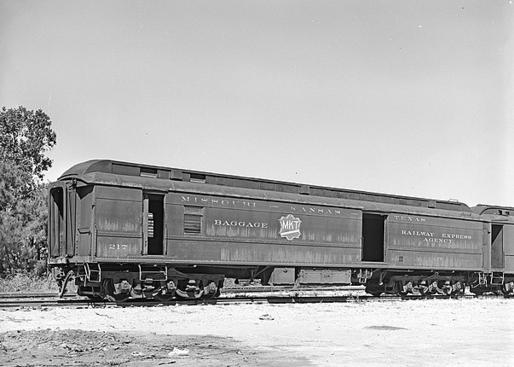 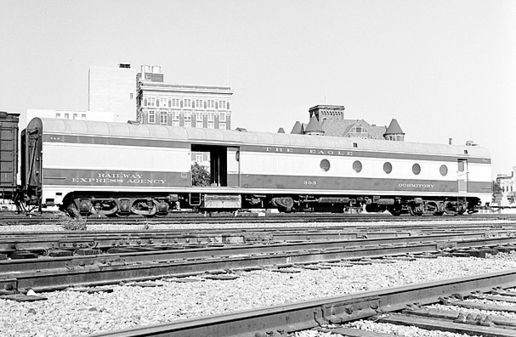 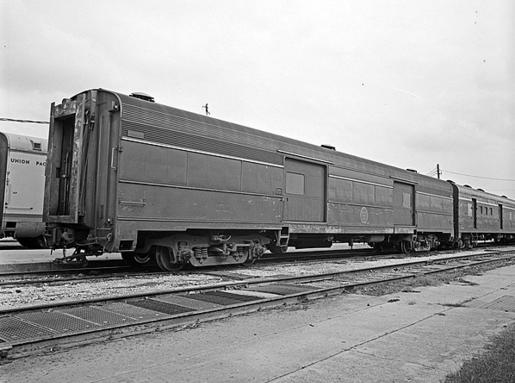 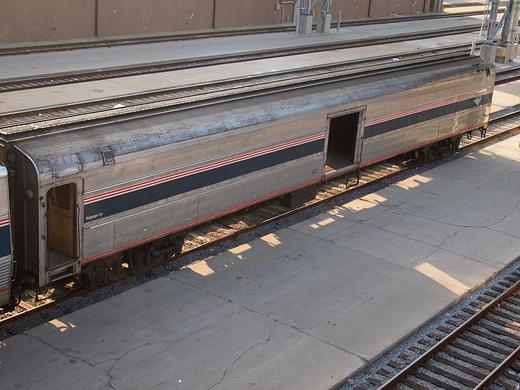 Jaysin Trevino from Evanston, IL, US [CC BY 2.0 (https://creativecommons.org/licenses/by/2.0)] 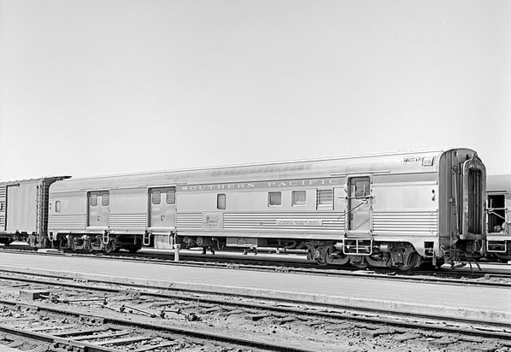 By The original uploader was JYolkowski at English Wikipedia. - Transferred from en.wikipedia to Commons by Oxyman using CommonsHelper., CC BY-SA 3.0, https://commons.wikimedia.org/w/index.php?curid=7005573 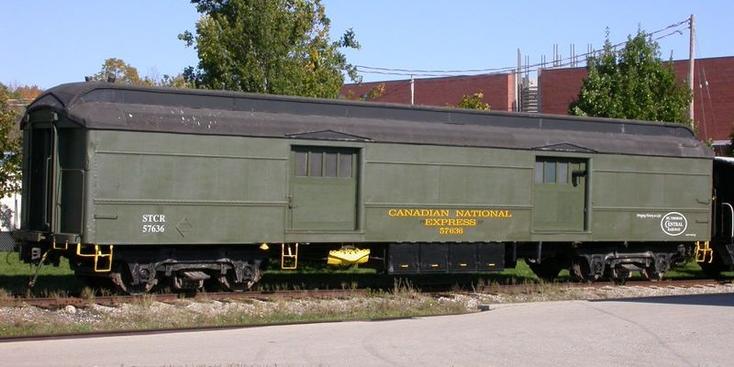 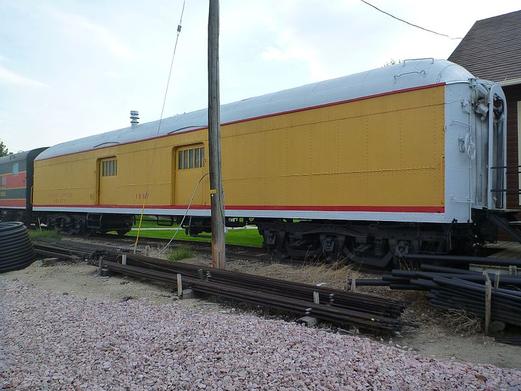 Baggage cars are included on most passenger trains as regular equipment. The baggage car is a car that was normally placed between the train's motive power and the remainder of the passenger train. Passengers generally are not allowed access to the baggage car. The car's interior is normally wide open and is used to carry passengers' checked baggage. Baggage cars were also sometimes commissioned by freight companies to haul less-than-carload (LCL) shipments along passenger routes (Railway Express Agency was one such freight company). Some baggage cars included restroom facilities for the train crew, others also had a crew dormitory. In addition, some baggage cars were combination Railway Post Office cars. Most baggage cars had doors to access them just like any other passenger car. Baggage cars could be designed to look like the rest of a passenger train's cars, or they could be re-purposed box cars equipped with high-speed trucks and passenger train steam and air connections. A special type of baggage car came equipped with doors on one end to facilitate transport of large pieces of equipment and scenery for Broadway shows and other productions. These "theatrical" baggage cars were assigned theatrical names (i.e. Romeo and Juliet), and were similar to the "horse cars" that were used to transport racehorses.