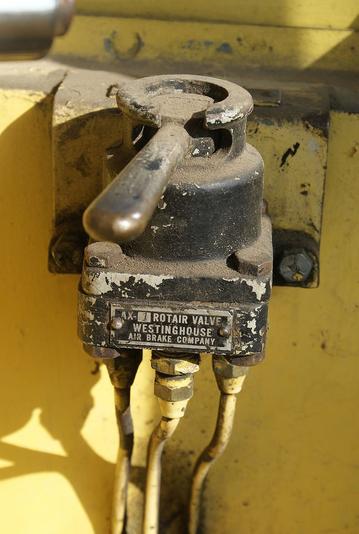 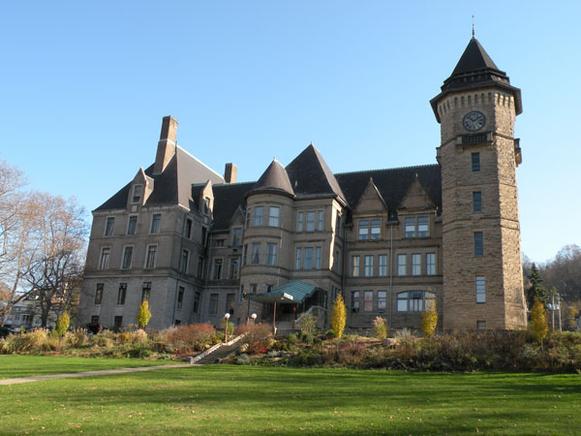 After having manufactured equipment in Pittsburgh for a number of years, he began to construct facilities and plants East of the city where homes for his employees were built. In 1889, the air brake manufacturing facility was moved to Wilmerding, Pennsylvania, and the company's general office building was built there in 1890.

WABCO's direct successor companies include WABCO Vehicle Control Systems, a commercial vehicle air brake manufacturer; and Wabtec, a railway equipment manufacturer, which have been owned and operated independently of each other since the mid-twentieth century.

History
The Westinghouse Air Brake Company was established by George Westinghouse in 1869. The Air Brake plant was moved to Wilmerding, Pennsylvania in 1889. Wilmerding is a small town about 14 miles outside of Pittsburgh which, at the time, was only inhabited by about 5,000 people. Socialism was strong in Wilmerding and it was a peaceful non-violent farming borough. It was thought to be “The Ideal Town” for the company because of its location right along the Pennsylvania Railroad and its mainly blue collar inhabitants. The Air Brake Company employed 3,000 citizens from the surrounding Pittsburgh area, but its work force was composed almost entirely of individuals from Wilmerding.

This stretch of lightly populated farmland known as Wilmerding developed completely around this new and industrially important company and was finally put on the map. A little under one third of its population was somehow related and more often than not one would end up raising their children in the same home that they were raised in. After the company's development business thrived. Many of the passengers that were departing or coming into Wilmerding stopped to shop at these stores along the narrow sidewalk before heading home. One could get anything from hair cuts to comic books, groceries to lumber; Wilmerding was where you would find it.

Working conditions at the Westinghouse Air Brake Company (WA&B) were more than adequate and the company had many new developments in effect for its employees. In 1869 it was one of the first companies to institute a 9-hour work day and a 55-hour work week (typically working days were between 10 and 12 hours, sometimes more, during that era, and a 60-hour work week was only moderate). WA&B also got the reputation for being the first industry in America to adopt half holidays on Saturday afternoons. A series of welfare options were also instituted to better the working and living conditions of its employees.

The Air Brake plant was obviously very prosperous and was nothing far from a gift for this small town. By 1905 over 2,000,000 freight, passenger, mail, baggage, and express cars and 89,000 locomotives were equipped with the Westinghouse Air Brakes. But just as in all big businesses, it had its ups and downs. There was one general complaint among the Wilmerding business men. It was that only about half of the workers could find work during the non-busy season. This made sense since these men and women depended entirely on the company. When the economy struggled and profits in the company declined, workers then had to alter their standard of living. Wilmerding’s prosperity and misfortune all depended on the success of the Air Brake Company and when the company was failing the citizens just had to try and adjust to its losses.

During this time, in the early 1900s, the Westinghouse Company built houses on a tract of land that it had purchased, in turn, it then sold those homes to its workers cheaply. The company also offered educational and cultural activities, usually run through the local Y.M.C.A, to obtain better workers. WA&B catered to those who were not exactly fit in its working conditions. To insure a certain income to employees who might have been unfit for work because of illness or injury, an ordered sum would be paid to the beneficiary. Any employee under 50 was eligible for membership after a physical examination. The members contributed according to the class which they belonged, with their class being determined by the amount of money they made per month. Their contribution ranged from fifty cents to $1.50, which in turn in case of disability would receive benefits for thirty-nine consecutive weeks. According to Wilmerding News during this time, about 76% of WA&B’s employees held a membership with the company.

The Westinghouse Air Brake company was still producing products up until around the year 2000, under several different managers over the years. The company had become significantly less important with the shedding of Pittsburgh’s industrial past, but continued manufacturing its products.

Successors WABCO Holdings and Wabtec
The company has two 21st century successors, which are independent of each other. One, which continues to design and manufacture railway air brakes in Wilmerding, Pennsylvania, merged with locomotive manufacturer MotivePower Industries, to form Wabtec. The other, now known as WABCO Holdings, Inc., designs and manufactures control systems for commercial road vehicles, including air brakes, and is headquartered in Brussels, Belgium. WABCO Holdings, Inc. was floated in a 2007 initial public offering by American Standard, WABCO's owners for 30 years.

The straight air brake
The first form of the air brake consisted of an air pump, a main reservoir (pressure vessel), and an engineer's valve on the locomotive, and of a train pipe and brake cylinder on each car. One problem with this first form of the air brake was that braking was applied to the first cars in a train much sooner than to the rear cars, resulting in shocks and damages when the rear cars bunted against the cars ahead of them.

The main objection, however, was that it was not an automatic brake, i.e. even a minor mishap like a broken coupling left the entire train without any brake power at all.

The plain automatic air brake
In 1872, George Westinghouse invented the automatic air brake by inventing the triple valve and by equipping each car with its own air cylinder. Air pressure is maintained in the auxiliary reservoirs and in the train pipe at all times when the brakes are not applied. An equilibrium of air pressure is maintained in the train pipe and in the auxiliary air cylinders.

The quick action triple valve
Although the plain automatic air brake was a great improvement over the straight air brake, in an emergency the system still applied the brakes to the last cars in a train later than to the first cars in a train. To remedy that condition, George Westinghouse invented the quick action triple valve in 1887. It automatically vents air from the brake pipe locally on each car, which applies the brakes more quickly.

Electric railways
For the air brake to be employed on electric railways, an air compressor that is powered by electricity is required. Powerful electric locomotives were produced by the Westinghouse Electric & Manufacturing Company and by other companies.