A safety poster from the Office for Emergency Management, War Production Board featuring a Railway Express Agency worker. Circa 1942 - 1943. 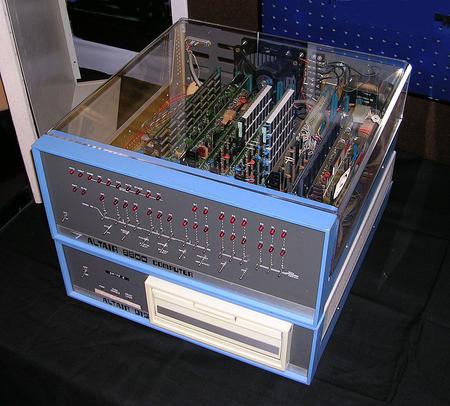 And just in case you were wondering, this is an Altair 8800 Computer. They were sold in kit form or assembled. 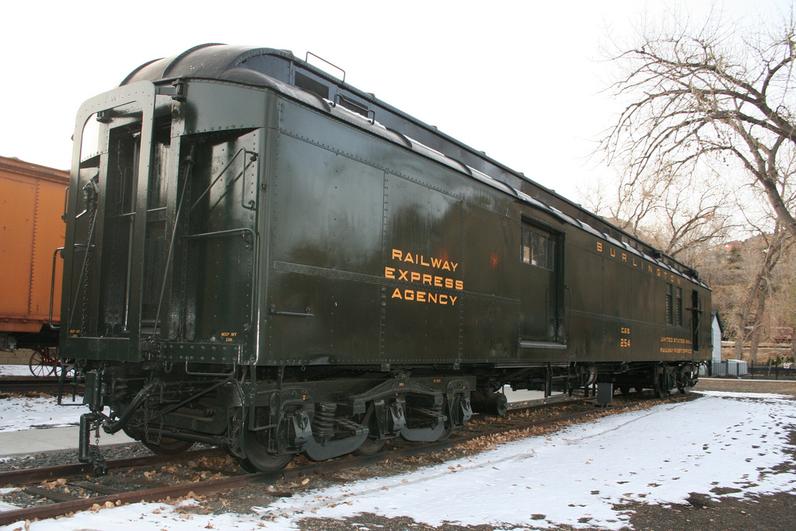 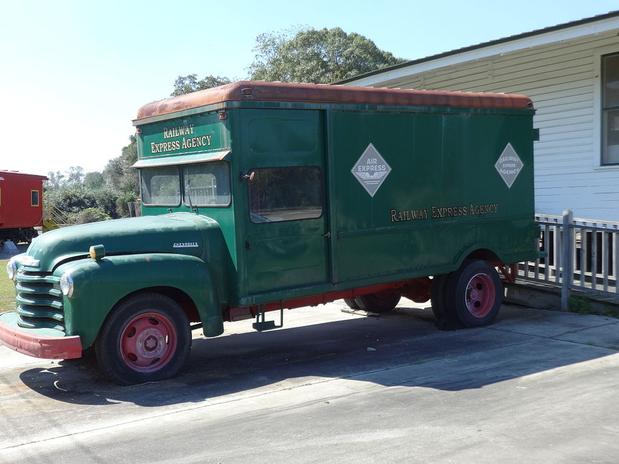 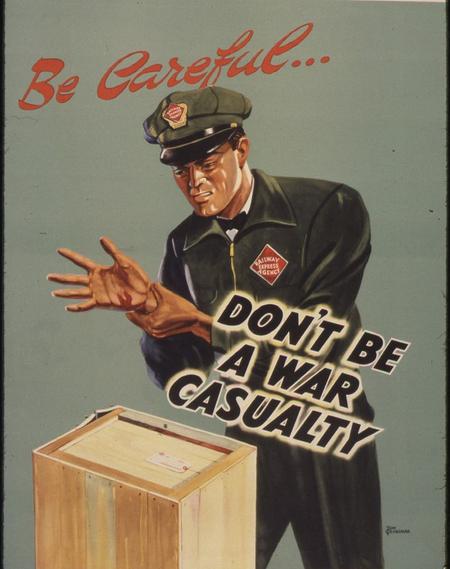 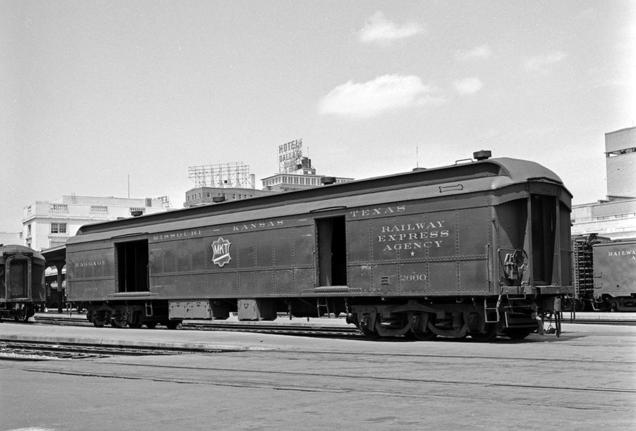 Railway Express Agency
The Railway Express Agency (REA) was a national monopoly set up by the United States federal government in 1917. Rail express services provided small package and parcel transportation using the extant railroad infrastructure much as UPS functions today using the road system. The United States government was concerned about the rapid, safe movement of parcels, money, and goods during World War I and REA was its solution to this problem. REA ceased operations in 1975, when its business model ceased to be viable.

Early history
The first parcel express agency in the United States is generally considered to have been started by William Frederick Harnden (1812-1845), who in 1839 began regular trips between New York City and Boston, Massachusetts as a courier transporting small parcels, currency and other valuables. William G. Fargo, a New York Central freight clerk at Auburn, N.Y., and Henry Wells, a leather worker at Batavia, N.Y., organized Wells Fargo & Co. in 1853. Other parcel express pioneers include Henry B. Plant, who formed Southern Express Company, Alvin Adams who founded Adams Express Company, and John Warren Butterfield. Express delivery in the early 19th century was virtually all done via horse, either via stagecoach or by riders.

During World War I, the United States Railroad Administration (USRA) took over the nation's railroads. Under the USRA, the four major and three minor express companies were consolidated as American Railway Express, Inc., save the portion of Southern Express that operated over the Southern Railway and the Mobile & Ohio.

In March 1929, the assets and operations of American Railway Express Inc. were transferred to Railway Express Agency (REA). REA was owned by 86 railroads in proportion to the express traffic on their lines - no one railroad or group of railroads had control of the agency. In response to customer demand, REA added a Chicago, Illinois-based refrigerator car line. In 1927, REA began an Air Express Division. In 1938, the remainder of Southern Express also joined the consolidated REA.

Post World War II operations
Due to rate increases, express revenues remained at profitable levels into the 1950s. REA concentrated on express refrigerator service from 1940 on, and continued to expand its fleet of express reefers until the mid- to late-1950s, when business declined dramatically due to the increase in refrigerated motor truck shipments. By this time, overall rail express volume had also decreased substantially.REA baggage car detail.

In 1959, REA negotiated a new contract allowing it to use any mode of transportation. It also acquired rights to allow continued service by truck freight after passenger trains were discontinued. REA also attempted to enter the piggyback and container operations business, without success. Another blow came when the Civil Aeronautics Board terminated REA's exclusive agreement with the airlines for air express.

REA Express and decline
In the early 1960s Railway Express Agency was renamed REA Express. By 1965 many of REA's refrigerator cars, now stripped of their refrigeration equipment, were in lease service as bulk mail carriers. Many ended their days relegated to work train service.

In 1969, after several years of losses, REA was sold to five of its corporate officers. By then its entire business constituted less than ten percent of all intercity parcel traffic, while only ten percent of its business moved by rail.

REA Express became embroiled in extensive litigation with the railroads and the United Parcel Service as well as with the Brotherhood of Railway Workers' Union. In November 1975, REA Express terminated operations and filed for bankruptcy. As a result, the first Altair 8800 microcomputer was lost, as it had been shipped a few weeks earlier via REA and never arrived. 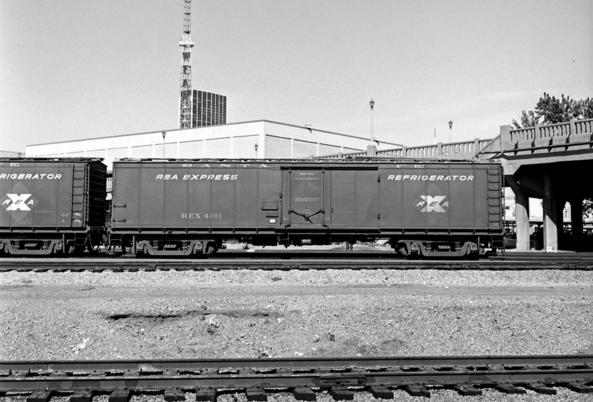