Regional Railroads
In the United States, a regional railroad is a railroad company that is not Class I, but still has a substantial amount of traffic or trackage (and is thus not a short line). The Association of American Railroads (AAR) has defined the lower bound as 350 miles (560 km) of track or $40 million in annual operating revenue. (The Class I threshold is $250 million, adjusted for inflation since 1991.

List of regional railroads (More links coming soon)
The following railroads were classified as regional by the AAR in 2007: 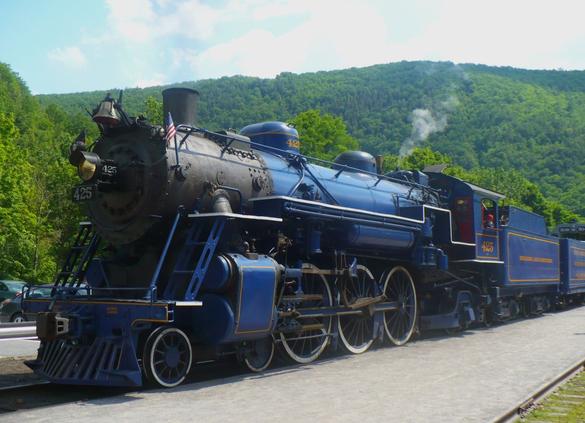 Reading, Blue Mountain and Northern 4-6-2 No. 425 sits at the Jim Thorpe depot before departing for its home at Port Clinton, Pennsylvania.