The monument erected to commemorate construction of the first dome car. The monument originally stood in Glenwood Canyon, Colorado; it is seen here in its current location at the Colorado Railroad Museum in Golden.    By Sean Lamb (User:Slambo) - Own work, CC BY-SA 2.5, https://commons.wikimedia.org/w/index.php?curid=1293478 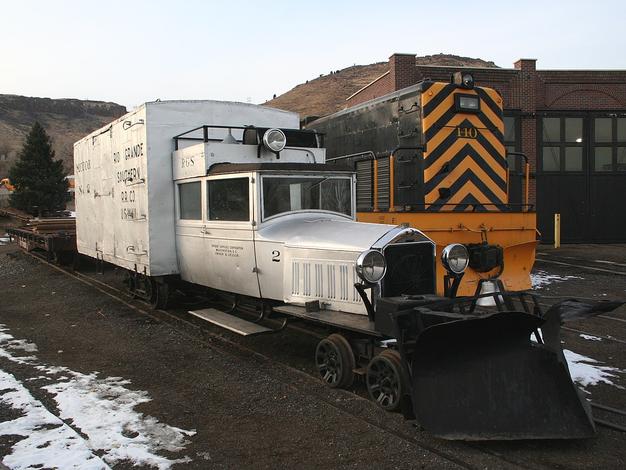 The museum was established in 1959 to preserve a record of Colorado's flamboyant railroad era, particularly the state's pioneering narrow gauge mountain railroads.

Facilities
The museum building is a replica of an 1880s-style railroad depot. Exhibits feature original photographs by pioneer photographers such as William Henry Jackson and Louis Charles McClure, as well as paintings by Howard L Fogg, Otto Kuhler, Ted Rose and other artists. Locomotives and railroad cars modeled in the one inch scale by Herb Votaw are also displayed. A bay window contains a reconstructed depot telegrapher's office, complete with a working telegraph sounder.

The Robert W. Richardson Library houses over 10,000 rare historic photographs, artifacts, books and documents illustrating the histories of the railroads which have served the state for over 125 years.

The museum's roundhouse, named the Cornelius W. Hauck Restoration Facility, was dedicated on July 15, 2000. It allows museum visitors to observe restoration work safely. The building's brick design was chosen to reflect a fairly prosperous railroad in a small division point during the late nineteenth century.

The roundhouse area includes a display of locomotives and cars on the "radial" tracks, as well as a fully functioning 90-foot (27.4 m), Armstrong turntable.

The Denver HO Model Railroad Club is located in the basement of the Colorado Railroad Museum.

The Denver Garden Railway Society has its G scale garden railway exhibit on the grounds of the Museum.

The museum publishes books and maps about North American railroads and the Rocky Mountain Region.

The museum also has ex-Denver and Rio Grande Western RR No. 683, a coal burning 2-8-0 consolidation built by the Baldwin Locomotive Works in 1890, builders number 11207. It is the only surviving 4 ft 8-1⁄2 in (1,435 mm) standard gauge steam locomotive from the Denver & Rio Grande Western Railroad.

All of the railroad equipment is displayed outdoors. Display tracks are complete with a rare three-way stub switch, dual gauge track and switches, and century-old switch stands. These tracks hold over 100 historic narrow and standard gauge locomotives and cars. The 1⁄3 mile (0.54 km) oval of 3 ft (914 mm) gauge track is used by trains on operating days.

Diesel locomotives
Denver & Rio Grande Western No. 5771
Denver & Rio Grande Western No. 5762
EMD F9 Diesel-Electric Engine No. 5771 was the last operational F-unit on the Rio Grande and powered the Rio Grande Zephyr passenger train between Denver and Salt Lake City from 1971 to 1983. The Rio Grande Zephyr was the last non-Amtrak intercity passenger train in the United States. Both 5771 and 5762 powered the Ski Train from Denver to Winter Park and back each weekend in 1984. Both were retired that year and donated to the Museum in 1996. 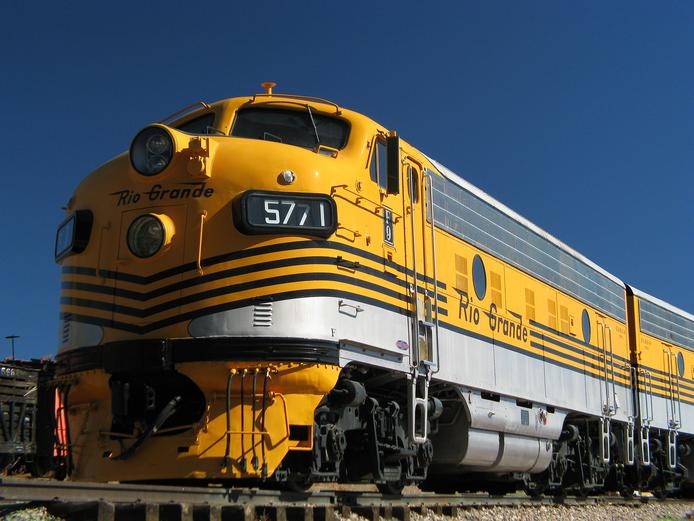 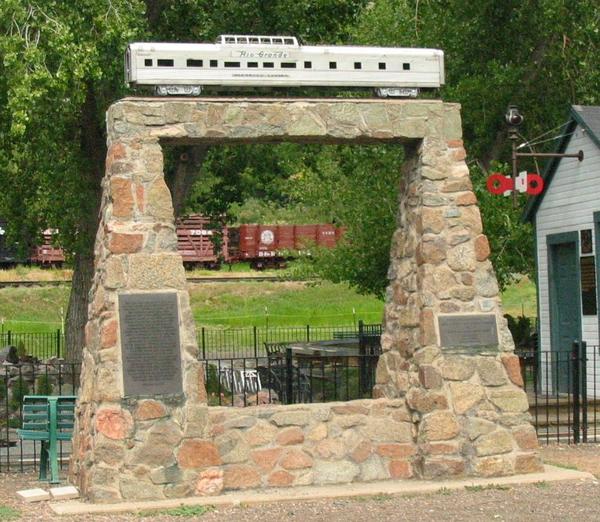