Connecticut Trolley Museum
The Connecticut Trolley Museum is the oldest incorporated museum dedicated to electric railroading in the United States, as it was founded in 1940. The museum is located in East Windsor, Connecticut, and is open to the public April through December, featuring static and moving displays, and self-guided tours of the state's trolley history. Also located on the same property is the Connecticut Fire Museum which exhibits antique fire apparatus and motor coaches.

Heritage Railroad
The museum operates a 1.5 mile (2.4 km) heritage railroad over the original right-of-way of the Hartford and Springfield Street Railway Company's Rockville Branch. The Rockville Branch started at the Main Fish Market, and ran 17.5 miles (28.2 km) to Rockville, Connecticut. The branch line saw factory workers, tourists, and high school students. The interurban cars were more direct, and could hold more people than the few buses of the time. The line also serviced Piney Ridge, an amusement park located just between Broad Brook and East Windsor. Most trolley companies built parks — like Piney Ridge — to create revenue on the one day no one went to work, Sunday. Piney Ridge featured a large pipe organ, a dance floor on trolley springs, and a baseball field. The dance floor with trolley springs allowed people to ease their knees as they danced the night away. The baseball field hosted games to two major players, Babe Ruth, and Lou Gehrig. Unfortunately when the Hartford and Springfield faced financial debts, the company went out of business. Their streetcars were brought to Piney Ridge and scrapped. By 1926, the track was gone, and the Rockville Branch with it.

It would be 14 years until the Connecticut Electric Railway Association was formed and began restoring service on the line. Unlimited rides on cars are included in the admission for the day. A minimum of two different cars are run each day. Many times up to three or four cars will be rotated through during the day, giving visitors an opportunity to experience many different types of streetcars and interurbans.

Collection
The museum has a diverse collection of equipment to help tell the story of the trolley era and its impact on society. Most of the equipment is stored in one of four car barns, the Visitor Center, or the car shop.

The Connecticut Trolley Museum has one or more of the following cars operating for the public when the museum is open:

In addition, the museum is currently working on the following cars in the restoration shop: 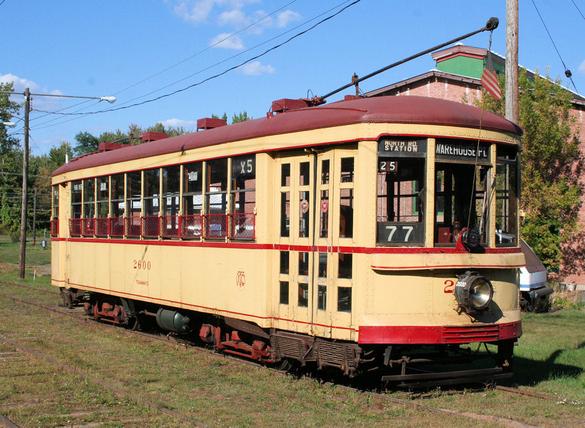 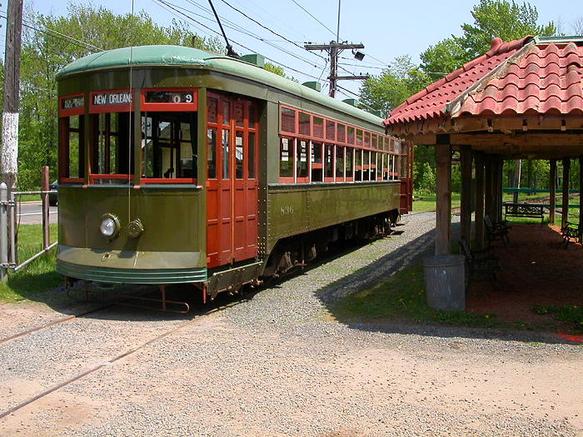 New Orleans Car 836 at the Connecticut Trolley Museum, May 2004.