The station sits at the junction of Canadian National Railway's busy mainline interchange of the Flint and Holly Subdivisions. Additionally, Great Lakes Central Railroad and Huron and Eastern Railway operate near the station, and a freight yard used by all three carriers is located just north of it. It is one of Michigan's most popular locations for railfans to visit, especially during the annual Durand Railroad Days Festival in May. The station was added to the National Register of Historic Places on June 6, 1971, and the Michigan Register of Historic Places in 1987.

The station's lessees are currently attempting to raise $50,000 for building repairs.

History
The station is an important part of railway history in the state. Built in 1903 by the Detroit firm of Spier and Rohns, it had a high volume of rail traffic as the Grand Trunk Western and Ann Arbor railroads crossed at that location. It was almost destroyed by fire in 1905, but quickly rebuilt. At its peak, 42 passenger, 22 mail, and 78 freight trains passed through Durand on a daily basis. It serviced almost 3,000 passengers a day.

In 1974, Grand Trunk Western decided to close the station due to declining traffic. The historic building was going to be torn down, however, the city of Durand filed for an injunction to stop the demolition and eventually purchased the station in 1979 for $1.00.

Amtrak continues to provide daily intercity passenger rail service on the Blue Water route between Chicago and Port Huron, Michigan. Baggage cannot be checked at this location; however, up to two suitcases in addition to any "personal items" such as briefcases, purses, laptop bags, and infant equipment are allowed on board as carry-ons. The International Limited was operated jointly by Via Rail and Amtrak between Chicago and Toronto. The service, which had started in 1982, was discontinued in 2004. 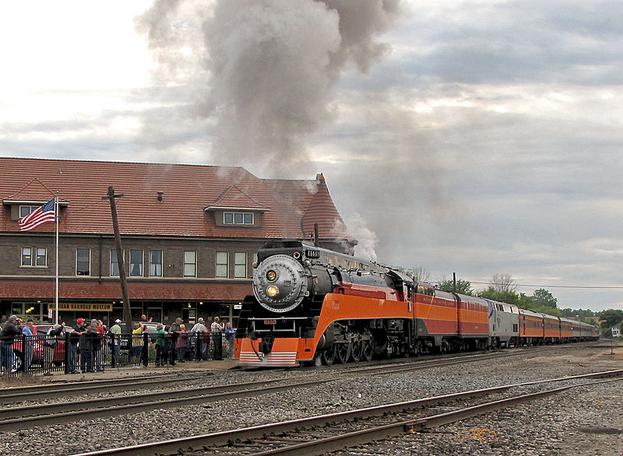 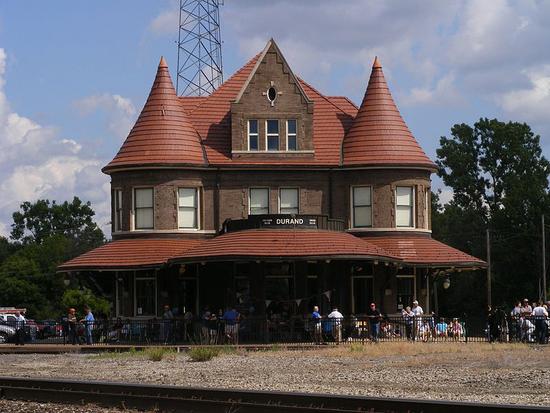 The SP 4449 excursion train arrives at Durand Union Station in July of 2009. 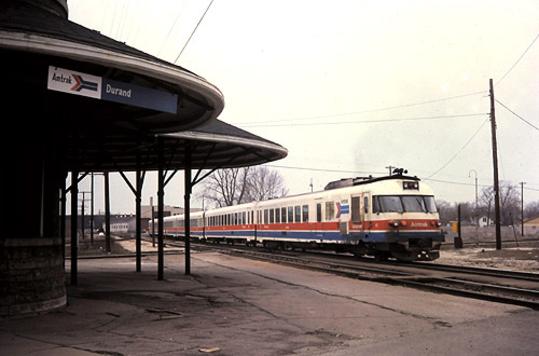 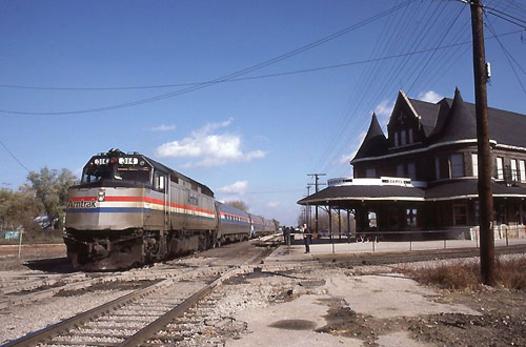