Ex-Milwaukee streetcar 846 (built in 1920 by the St. Louis Car Company) on the East Troy Electric Railroad, in East Troy, Wisconsin, in 2006. 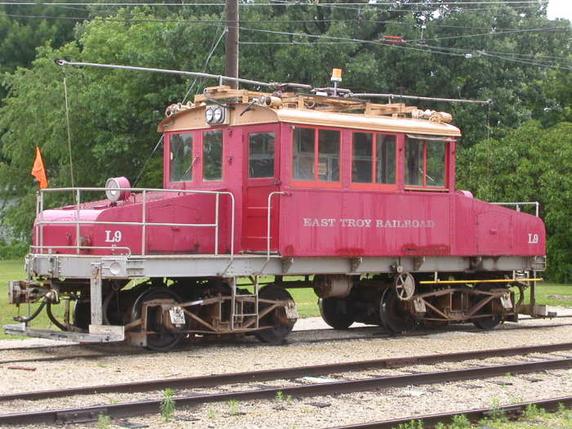 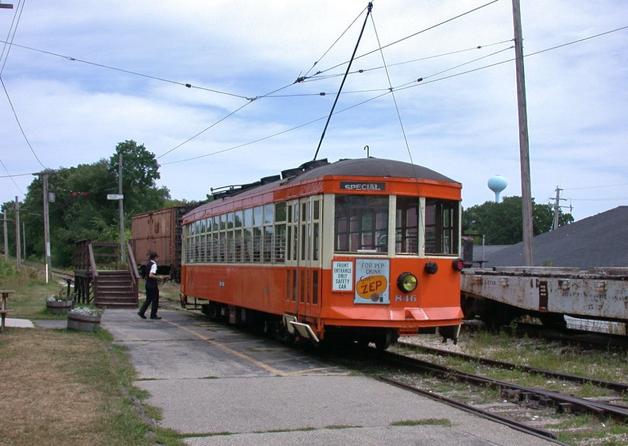 History
The line dates back to 1907, when it was a part of The Milwaukee Electric Railway and Light Company line from East Troy to Milwaukee.

The East Troy-Mukwonago segment was purchased by the Village of East Troy in 1939, when the remainder of the line to Hales Corners was abandoned. Under terms of the purchase, it was operated by TMER&L crews for ten years. In 1949, TMER&L declined to renew the agreement for another ten years and the village hired its own crew and operated the railroad from 1950 until 1985. This is when the railroad became the Municipality of East Troy Wisconsin Railroad and adopted the reporting symbol METW. In 1985 the village approached the Wisconsin Trolley Museum and asked them to take over the operation of the railroad. They agreed to do so, and moved their collection of trolleys to East Troy.

Museum operations began over the line as early as 1967 when The Wisconsin Electric Railway Historical Society (TWERHS) relocated its collection of electric railway equipment from North Freedom, Wisconsin to East Troy. TWERHS operated over the line using a trackage rights agreement with the village until 1984, when the trackage rights agreement ended and the Wisconsin Trolley Museum began to operate the line as the East Troy Electric Railroad. The Friends of East Troy Railroad Museum, Inc. purchased the rail line from the village and also purchased the trolley collection of Paul Averdung between 1995 and 2000 in stages.

Current operation
The East Troy Railroad Museum operates a museum and just over 7 miles of track offering rides on a weekly basis during the spring through fall season. The original substation building in East Troy, Wisconsin is used as a ticket office and museum, and visitors can purchase rides to the Elegant Farmer store at Phantom Woods, and to Indianhead Park in Mukwonago. A collection of approximately 30 pieces of electric railway equipment is kept in storage barns in downtown East Troy and at Phantom Woods. The museum is a qualified 501(c)(3) non-profit educational corporation dedicated to the preservation of the rail heritage of Wisconsin and America. The substation, located at 2002 Church Street in East Troy, is on the National Register of Historic Places.

The railway itself is a standard gauge common carrier railroad that operates in interchange with Canadian National Railway (formerly a connection to Wisconsin Central Ltd.) This gives the East Troy electric railroad the ability to pick up and deliver freight (including fertilizer for the Farmers Co-op, sand for the local Ready-Mix, and lumber and steel tubing) to the village of East Troy. However the railroad has not been used to carry freight for at least ten years.

Much of the track is original and the rail bed was rebuilt during the mid-1990s. The line is completely electric, utilizing a 600V direct current system. Power is supplied to trolleys and interurban railroad cars through overhead wires. The original 500 kW rotary converter motor-generator is no longer used and is on display at the museum.

Notes: Body (only) of a street railway parlor car