History
The museum was founded by Edward "Chick" Spradlin; a retired railroad employee. Most of Spradlin's 40-year career was spent in Elkhorn City railyard which was the northern terminus of the Clinchfield Railroad before it closed in 1981. With a desire to preserve the history of the railroad in the area, he a few other former railroad employees started collecting artifacts and opened the museum in 1990 in a former Coal company office that was donated to the museum.

After Chick Spradlin's death in 1999, management of the museum was transferred to the Elkhorn City Heritage Council, an organization created to preserve the history of the Elkhorn City area. The museum is still staffed by volunteers; most of whom are former railroad employees.

Exhibits
More than 1,000 pieces of railroad memorabilia are on display, including two cabooses, velocipedes, motor cars, antique uniforms and equipment. Also on display are exhibits detailing the completion of the Clinchfield Railroad, which was considered an engineering marvel at the time. All items and exhibits have been donated to the museum, most of which were abandoned by the railroad when it closed and later salvaged by members of the community. During the winter months when the museum is closed, some displays are moved to the library and occasionally to area schools. 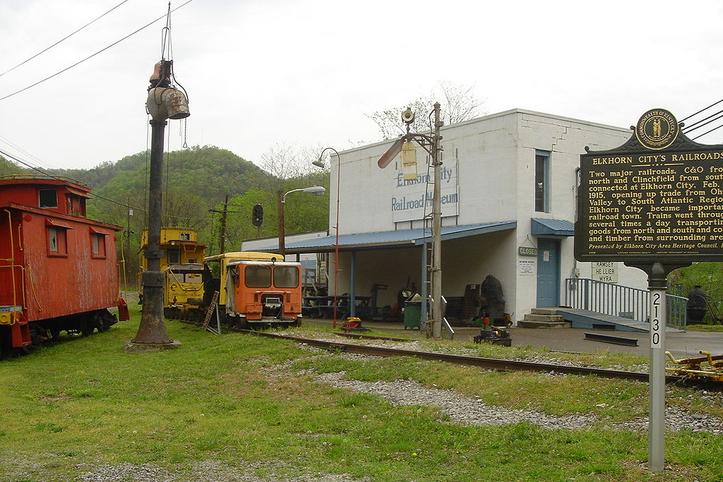