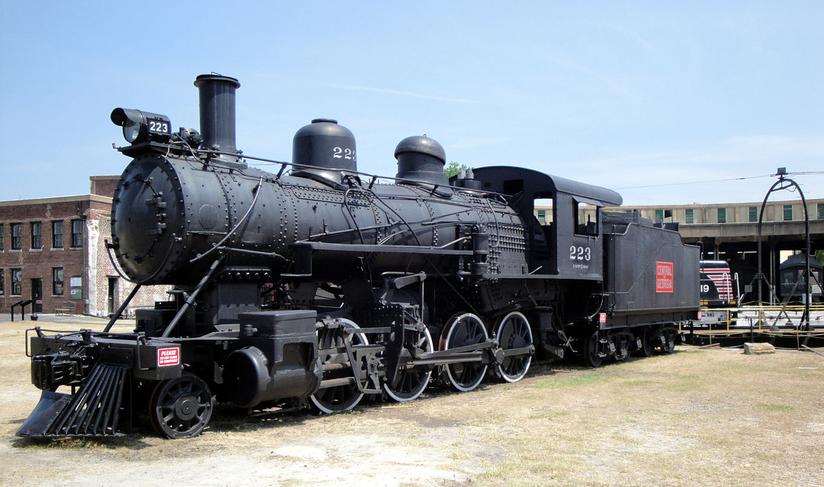 The Georgia State Railroad Museum (formerly called the "Roundhouse Railroad Museum") of the Central of Georgia Railway (CG) in Savannah, Georgia. The complex is considered the most complete antebellum railroad complex in the United States. The museum, located at 655 Louisville Road, is part of a historic district included in the National Register of Historic Places.

Description
The Historic Railroad Shops complex is among the finest remaining examples of Victorian railroad architecture and design and is the most intact antebellum railroad repair complex in the country. It was designated a National Historic Landmark by the National Park Service. On-site displays include antique shaft driven machinery, locomotives and railroad stock, model train layouts, an operating turntable, and the oldest portable steam engine in the United States. The Historic Railroad Shops offers a valuable educational experience for students and has also become a popular local tourist attraction.

The complex has been maintained as the Georgia State Railroad Museum and a general industry museum by the Coastal Heritage Society with the assistance of the City of Savannah.

Site history
The Central of Georgia Railway started as the Central Rail Road and Canal Company in 1833, and built a passenger station, freight terminal and some shops in the Louisville Road area of Savannah around 1836. However, none of those structures remain today. By the mid-1840s the railway had expanded to 190 miles (310 km) of track, and the CG began construction of new shops in 1851. The first completed building was the carpenters' shop in 1853, followed by the original roundhouse,  machine shop, tender frame shop, blacksmith shop and several other buildings in 1855. Additional buildings were constructed at the complex into the 1920s.

The roundhouse, turntable and other structures were rebuilt in the late 1920s after a major fire in 1923, as well as to accommodate larger locomotives and rolling stock.

Transition to museum
The Southern Railway purchased the CG in 1963 and closed the Savannah shops. Subsequently the railway transferred the complex to the City of Savannah. The Coastal Heritage Society, a non-profit organization, opened the museum on the site in 1989. 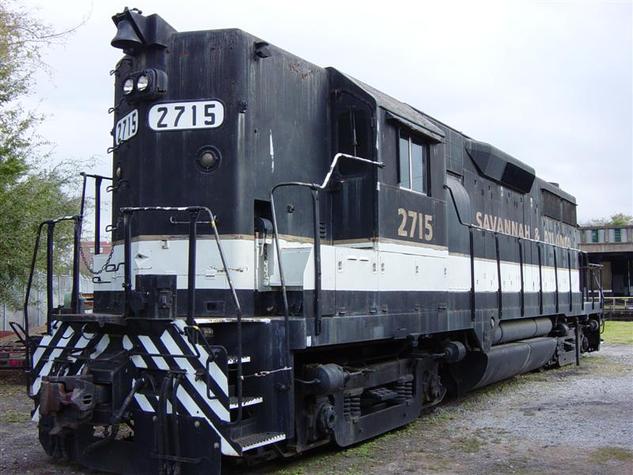 EMD GP35 diesel locomotive No. 2715, a former Savannah and Atlanta locomotive on display at the Historic Railroad Shops, November 26, 2003.

The Central of Georgia Savannah Roundhouse and Turntable. 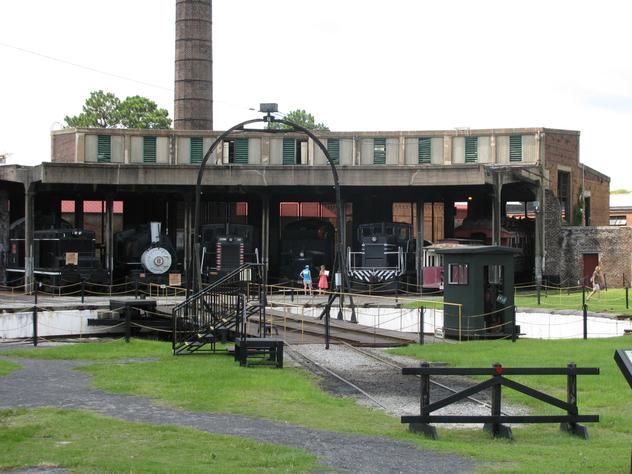