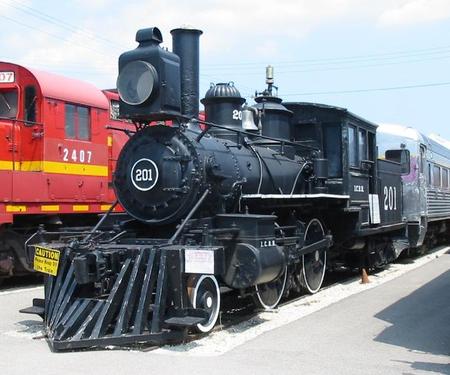 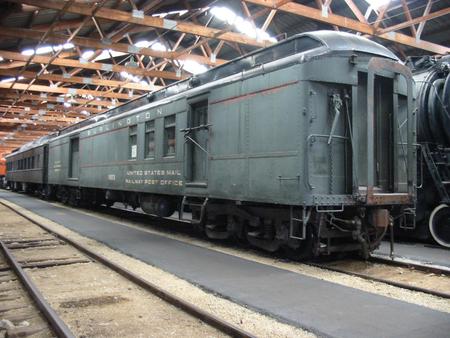 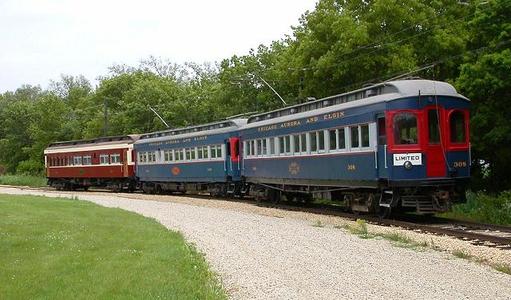 Frisco 1630 crossing Olson Rd. in front of the museum.

Illinois Railway Museum
The Illinois Railway Museum (initialized IRM), reporting mark IRYM is the largest railroad museum in the United States and is located in Union, Illinois, 55 miles (89 km) northwest of Chicago. The museum is situated at 7000 Olson Rd. The museum was granted its tax-exempt status in 1957 and its mission is to demonstrate the vital role railroads have played in the growth of the Chicago area as well as the United States as a whole. There are over 450 pieces of prototype equipment in its collection as well as numerous displays. Visitors may ride on some of the museum's electric, steam and diesel powered trains from April through October.

History
The museum was founded in 1953 by ten individuals who joined together to purchase Indiana Railroad interurban car 65.

Originally called the Illinois Electric Railway Museum, the name was changed to IRM in 1961 to reflect the museum's expanding scope. The museum was initially located on the grounds of the Chicago Hardware Foundry in North Chicago, Illinois. In 1964 the museum's entire collection was relocated to Union along the former right-of-way of the Elgin & Belvidere interurban. Two years later, operations were begun using Illinois Terminal interurban car 415, and in 1967 the first steam engine was operated. The first storage barn was erected in 1971. In 1981 a one-mile (1.6 km) streetcar loop was constructed. A 4.6-mile (7.4 km) railroad line was built during the 1980s and early 1990s.

Operations
The museum's operations are primarily concentrated around its main campus just east of Union, Illinois. Train rides are offered on the main line as well as the streetcar loop. Electric trains are operated from April through October, and diesel and steam trains from the beginning of May through the end of September. Trolley bus operation occurs on the Saturdays of the Memorial Day, Independence Day & Labor Day weekends, as well as on "Bus Day", the first Saturday in October. IRM is one of only two railway museums in the country that operates both electric and diesel trains. It is the only museum that offers trolley bus rides.

Equipment and structures
Physical plant
The Illinois Railway Museum has the most extensive physical plant of any rail museum in North America. The main campus is located at 42°13′40.0″N 88°31′38.08″W. In addition to the museum's revenue trackage, the main campus in Union includes:

Notable equipment
Among the equipment preserved at IRM is:

Organization
The Illinois Railway Museum is an IRS Chapter 501(c)3 nonprofit corporation owned and managed by its membership. Museum management includes a board of directors, elected by the regular membership of approximately 160 active volunteers. A board president is elected by the directors. The board oversees the general manager, a volunteer who in turn has oversight over an array of department heads. Major departments include Steam, Diesel, Electric Car, Passenger Car, Freight Car, Track & Signal, Buildings & Grounds, Trolley Bus, Motor Bus, and Operations. Other departments oversee the museum's libraries, electrical infrastructure, and display and education functions. Most department heads are volunteers. All workers at the museum fall under the direct authority of one of the department heads. The vast majority of workers are volunteers - anyone who is interested in trains or other collections/aspects of the museum is actively encouraged to volunteer, with required training done by the museum.

Use in film
Due to its proximity to Chicago and its extensive collection of historic railroad equipment, IRM has been used in several films. The most apparent may be in the 1992 film A League of Their Own, starring Tom Hanks, Geena Davis and Madonna; the museum's depot was used for several small town depot scenes and the Nebraska Zephyr and only surviving EMD E5 were used for scenes of and on the train. IRM equipment was also seen in the movie Groundhog Day, which featured the museum's EMD SD24 diesel locomotive. Additionally the museum's grounds and some of the passenger cars, were used in the movie The Babe, starring John Goodman. In late 2005, the Burlington 9911A and several coaches operated to Chicago for filming in Flags of Our Fathers, a Clint Eastwood film. The initial sequence of The Express was shot at IRM. The most recent film Transformers: Age of Extinction starring Mark Wahlberg, released in 2014, made IRM the host of several scenes.

Many television shows' railroad sequences have been shot at the IRM. Scenes depicting steam era operations in the late 1920s were shot for the 1993 television series The Untouchables. The hit show Chicago Fire features the IRM onsite in the season 2 episode "No Regrets."

The museum hosts a series of annual special events, of which the most popular is the Day out with Thomas event in August. Other recurring events include Chicago Day in June, which commemorates the end of streetcar service in Chicago in 1958; the annual July 4th Trolley Pageant; Diesel Days in July; the Vintage Transportation Extravaganza on the first Sunday in August; Museum Showcase Weekend in September; "Bus Day" the first Saturday of October; "Terror on the Railroad" Halloween event (last four weekends of October on Friday and Saturday nights), and "Happy Holiday Railway" (first three weekends of December).

The only surviving EMD E5 is used regularly on the museum's excursion trains, usually pulling the Nebraska Zephyr.

By The original uploader was Slambo at English Wikipedia - Transferred from en.wikipedia to Commons by Quatro Valvole., CC BY-SA 2.0, https://commons.wikimedia.org/w/index.php?curid=3869186 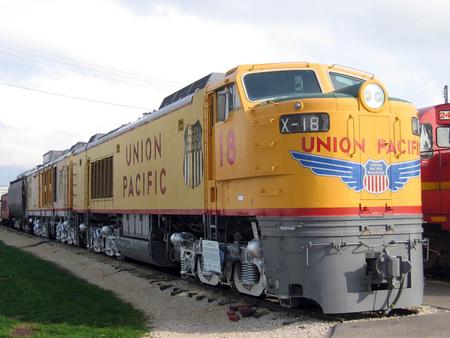 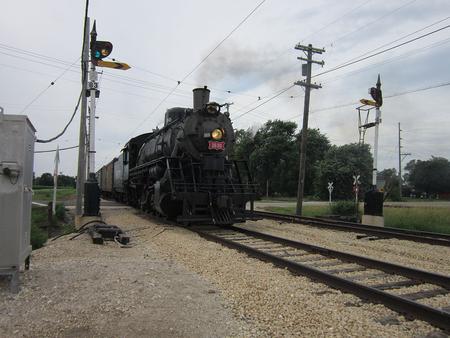 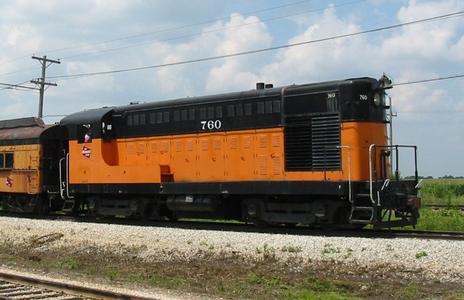 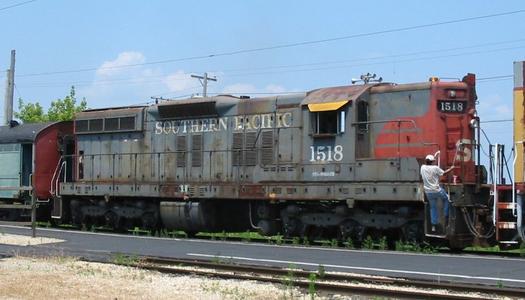 A circa 1907 interurban train operating at the Illinois Railway Museum in 2003.

By Hicksco2 at English Wikipedia - Transferred from en.wikipedia to Commons by Quatro Valvole., Public Domain, https://commons.wikimedia.org/w/index.php?curid=3741710

Chicago, Burlington and Quincy Railroad 1926, a Railway Post Office preserved at the museum.

One of only two surviving examples of Union Pacific's turbines is kept in non-operating condition.