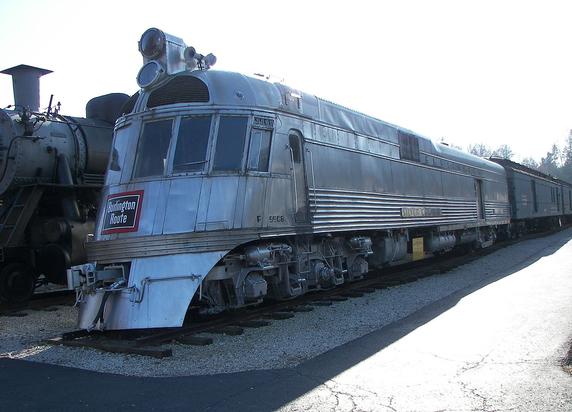 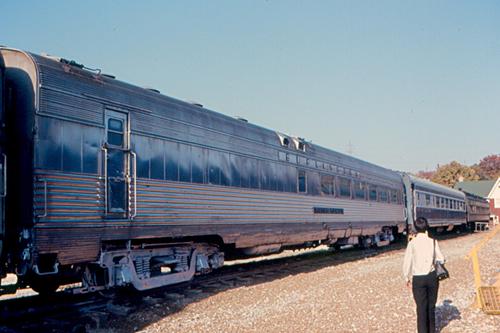 The Silver Charger, power car of the General Pershing Zephyr train. Powertrain by EMD; bodywork by Budd. Located at the Museum of Transportation. 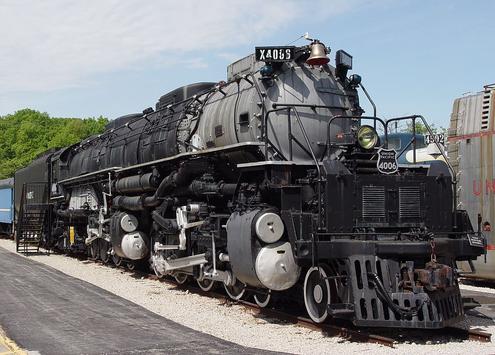 Museum artifacts span 15 decades of American history. In addition to a world-class collection, the Museum is home to a nationally acclaimed research library of transportation-related memorabilia and documents.

The artifact restoration shop at the Museum is occupied daily as staff and volunteers work diligently ensuring a bright future for our historic past as they save, preserve, and restore the vehicles that built our country.

The Museum provides enjoyable and content-rich educational experiences for all grade levels. Educators move full S.T.E.a.M. ahead on a daily basis designing classes for tomorrow's leaders in science, technology, engineering, and mathematics.

The Museum is available for facility rentals. Imagine your next event set among historic trains or vintage automobiles. Rentals can be booked by calling the Museum at 314.289.3508, ext. 1.

A miniature train operates around a loop of track near the parking lot and full-sized restored trolleys operate Thursday-Sunday from April through October. Operating schedules can be found on the Museum website listed below.

During the Christmas holiday season, MOT hosts the E. Desmond Lee Holiday Train Display. This is the largest indoor holiday display in Missouri.

Vehicles and equipment
Railroad
The museum's grounds include Barrets Tunnel, one of the first railroad tunnels west of the Mississippi River.

The museum has its own railway spur to an active Union Pacific Railroad main line (formerly Missouri Pacific Railroad). This has allowed the museum to take possession of large and unusual pieces of railroad equipment. Among them are:

Aerotrain No. 3
Milwaukee Road class EP-2 Bi-Polar Electric, the only surviving locomotive of its type
Union Pacific Big Boy No. 4006
Norfolk & Western Y6a class 2-8-8-2 No. 2156 (Moved to the Virginia Museum of Transportation in Roanoke, Virginia, on a 5-year loan in May 2015. Will return to St. Louis in 2020)
Union Pacific Centennial No. 6944 (sent to Altoona in 2014 for restoration and has returned)
Southern Pacific class GS-6 "War Baby" No. 4460
Baltimore and Ohio Railroad No. 50, the only surviving EMC 1800 hp B-B locomotive
EMD FT No. 103, the first F-unit built, a National Engineering Landmark
Delaware, Lackawanna, and Western 4-4-0C No. 952, one of two DL&W steam locomotives and one of five Camelbacks in existence.
Erie Lackawanna EMD SD45 No. 3607
Missouri-Kansas-Texas 4-4-0 No. 311, the sole surviving M-K-T steam locomotive
Chicago & Illinois Midland 2-8-2 No. 551, the sole surviving C&IM steam locomotive
FDS (ITALIAN STATE RAILROAD) E550.025 electric locomotive
New York Central 4-8-2 No. 2933, one of two surviving examples of large NYC steam power
Wabash 2-6-0 No. 573, one of only two Wabash steam locomotives in existence
Union Pacific No. 900081, a rotary snowplow
The Whale, largest tank car ever built
PRR P5 electric locomotive No. 4700
Chicago, Burlington and Quincy Railroad No. 9908 Silver Charger, the locomotive of the General Pershing Zephyr
Frisco 1522, used in excursions from 1988-2002.
Frisco 1621, a sister to 1630 at the Illinois Railway Museum in Union, Illinois
PRR GG1 electric locomotive No. 4918

At the Southwest corner of the property is Barretts Tunnel. Built in 1853, it is one of two tunnels, constructed concurrently and serving as the first railroad tunnels operating west of the Mississippi River. It was added to the National Register of Historic Places in 1978.

The museum also operates a miniature railroad and a full-size trolley on a seasonal schedule.

Boats and Planes
There is a Missouri River towboat and two airplanes on display, a C-47 Skytrain at the main gate and a T-33 Shooting Star. 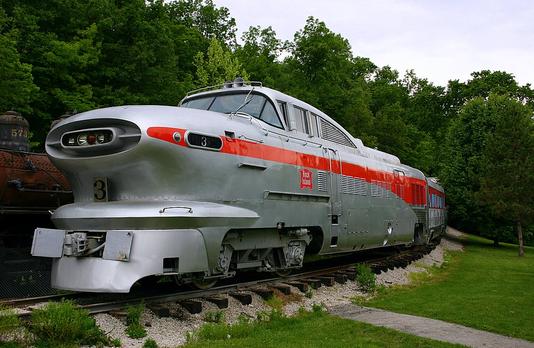