North Alabama Railroad Museum
The North Alabama Railroad Museum, Inc. (NARM) is a railroad museum in Chase, Alabama. The museum, incorporated in 1966, is an all volunteer organization. The museum has a collection of rolling stock, a small train station, and a small heritage railroad called the Mercury and Chase Railroad which operates between April and December. The mission of the NARM is to "preserve railroad history in North Alabama and South Central Tennessee." It is run entirely by its 100-plus volunteers. The museum is open to the public daily, volunteers are usually available on Wednesdays and Saturdays. Admission to the museum is free, however there is a charge for riding the trains.

The North Alabama Railroad Museum (NARM) operates a tourist railroad in Chase, Alabama, a community near Huntsville, Alabama. In 1984, as CSX Transportation was retiring the former Nashville, Chattanooga, and St. Louis Railway line between Huntsville and Winchester, Tennessee, the North Alabama Railroad Museum acquired 5 miles of the right of way. Today, the museum operates the Mercury and Chase Railroad on this right of way.

Membership
The NARM is an all volunteer organization. Membership is opened to anyone. Members are eligible to volunteer to work at the museum and on the excursions.

Facilities
The NARM maintains several facilities. There are two depots at the Chase location, and office building which includes the history center and the library. At Mercury, there is the train maintenance shed. There is also 5 miles of right of way that is used to operate the trains.

Chase Depot
The depot at Chase, was the smallest Union station in the United States. It originally served the Southern Railway and the Nashville, Chattanooga, and St. Louis Railway. The primary customer of the Chase Depot was the Chase Nursery which used both railroads to ship plants throughout the country. The building currently at Chase was built in 1937, and serves as the depot for the Mercury and Chase Railroad today. Tickets for your train ride can be picked up at the ticket window of the Chase Depot.

Plevna Depot
The Plevna Depot was a whistle stop depot located in Plevna, Alabama originally. The depot is displayed at the side of our loading platform. It is a small wooden structure that was used by passengers as a waiting area while waiting to flag the train down.

Train shed
The Mercury train shed is used for restoration and maintenance of railroad equipment. It can be seen while on excursions on the Mercury and Chase Railroad.

Railroad Equipment
The NARM and Mercury and Chase Railroad own a collection of locomotives and rolling stock that is representative of the history of railroading in north Alabama and south-central Tennessee. The locomotives are first generation diesel-electric locomotives. Rolling stock represents passenger cars as well as freight cars. Most of the equipment is at the Chase location and is available for viewing during daylight hours.

Locomotives
The Mercury and Chase Railroad owns and operates a number of Alco locomotives. There are three ALCO S-2 and S-4 units, and an ALCO RSD-1 that serve the railroad with their passenger excursion trains. The RSD-1 was built for the US Army and was used during the closing months of World War II. Many of the sister units to this locomotive were shipped to the Soviet Union under the Lend-Lease program to be used on the Trans-Iranian Railway. The S-4 was built for the Atchison, Topeka and Santa Fe Railway and had the number 1534 with that railroad.

Rolling Stock
The Mercury and Chase Railroad has a number of operational railroad cars. There are two stainless steel coaches, built by Budd Company in 1939 and 1940, these are used on all excursion trains. There is a dining car which was originally built as a hospital car for the US Army by American Car and Foundry Company in 1943. There is a heavyweight coach built in 1927 by Pullman Company and a baggage car built in 1924 by American Car and Foundry Company.

Display Equipment
The NARM also owns a number of cars that are used as static displays. Some of this is planned for restoration and some are permanent displays. The museum owns a 1926 ALCO boxcab locomotive, which was built with GE generator, motors, and controls and an Ingersol-Rand diesel engine. The museum owns a Railway post office car that was built for the Cincinnati, New Orleans and Texas Pacific Railway in 1928. There is a Caboose on display the museum's entrance that was built for the Southern Railway in 1947, which is opened when volunteers are present. The caboose is set up as it would have been used as the working and living quarters for railroad workers in times past.

The NARM owns many other railroad cars, including baggage cars, passenger coaches, a dining car, box cars, flat cars, cabooses, and a tank car. Many of these are on display in their current condition.

Special Programs
The NARM offers special programs throughout the year. Information concerning these events are available by contacting the museum.

The School Program
The NARM offers a field trip program each spring for kindergarten and first grade classes. This program includes a guided tour of the museum, a video presentation concerning railroading, a train ride and a ride in our railroad surrey pulled by a vintage motor car. In excess of 100,000 teachers and students have participated in The School Program since 1971.

Boy Scout Railroading Merit Badge
The NARM offers a Saturday session in which youngsters associated with Boy Scouts of America can begin the work on their Railroading Merit Badge. Much of the work can be completed during this session. The NARM has offered this program for many years and has aided many young men in receiving their merit badge.

Eagle Scout Projects
The NARM has worked with scouts on Eagle Scout (Boy Scouts of America) projects. Scouts have helped in restoration of equipment, landscaping, and building a handicapped accessible loading platform. 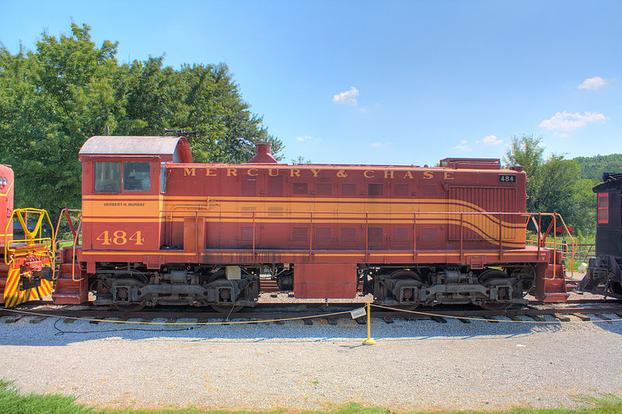