North Carolina Transportation Museum
The North Carolina Transportation Museum is a museum in Spencer, North Carolina. It is a collection of automobiles, aircraft, and railway vehicles. The museum is located at the former Southern Railway's 1896-era Spencer Shops and devotes much of its space to the state's railroad history. The museum has the largest collection of rail relics in the Carolinas. Its Back Shop building of nearly three stories high is most notable for its size of two football fields long.

History
NCTM Back Shop
The museum was founded in 1977, when the Southern Railway deeded 4 acres (16,000 m2) of land to North Carolina for a transportation museum. Two years later, another 53 acres (210,000 m2) was added to the original donation; the entirety of the railway's largest former steam locomotive repair shops. The museum's first exhibit called People, Places and Time opened in 1983. The museum grew over the years, most notably in 1996, with the opening of Barber Junction, a relocated railroad depot from some 30 miles away, and the newly renovated Bob Julian Roundhouse. Barber Junction serves as the museum's Visitor's Center and departure point for the on-site train ride. The Bob Julian Roundhouse serves as the hub for most of the museum's railroad exhibits, but also includes aviation exhibits and site history.

Several bays of the Spencer Shops roundhouse, built in 1924, are devoted to locomotives and rolling stock in the museum collection restored by volunteers. It was here that steam locomotives from 1896-1953 were repaired. In the first 16 stalls, visitors can walk among the massive locomotives and rail cars on display in an open-air setting. Moving into the enclosed Elmer Lam gallery in stalls 17 through 20, aviation exhibits dominate, with a full size replica Wright Flyer, Piedmont Airlines exhibits, and more. Moving into the restoration shop occupying stalls 21 through 32, visitors may also see volunteers working on various railroad pieces, and even manufacturing parts. The remaining five stalls are dedicated to additional enclosed exhibits.

The museum is the largest repository of rail relics in North and South Carolina and averages 80,000 visitors annually. About three-thousand people were employed to repair the trains at the Spencer Shops in the first half of the twentieth-century. The Flue Shop, where all the flues for steam engines were formerly produced, has become the Bumper To Bumper exhibit, featuring vintage and antique cars. These include: several Model Ts, a Model A, and even a Ford Model R (the 1907 predecessor to the Model T). A Highway Patrol car from 1935, a Divco Milk Truck, a Lincoln Continental and others are also part of the museum's collection.

In 2005, the museum's Back Shop underwent a massive renovation, which included repairs to the roof, re-pointing of the brick, and a stabilization of the building's floor. This building, where the full overhaul of steam locomotives once took place, is most notable for its size. It is two football fields long and nearly three stories tall. However, it may be most notable for the words "Be Careful," standing some three feet tall, visible from nearly anywhere on the north end of the site. In 2009, the museum opened the Back Shop to the public for the first time, with an access ramp on the south end. Behind-the -Scenes tours and special events often feature a full Back Shop tour.

Heritage railroad
The museum has a heritage railroad, which operates passenger excursion trains on a seasonal schedule. Trains are usually powered by the Norfolk and Western No. 620, however, at times the Southern No. 6133 or Southern No. 2601 is used. These two engines also assist in special events where two or more trains are operating. Though the museum has no operating steam locomotives of its own, it has used the Lehigh Valley Coal 0-6-0 No. 126 for trips, along with Flag Coal Company 0-4-0 No. 75, the American 4-4-0 "Leviathan" locomotive, the Tennessee Valley Railroad Museum's Southern 2-8-0 No. 630, and the Norfolk and Western 611. For Caboose trips and at-the-throttle trips, the museum has leased engines from the Grambling Locomotive Works. The Virginia Museum of Transportation and Norfolk Southern previously allowed the museum to use the No. 611 during its two stays. Tickets can purchased to ride the roundhouse turntable.

Events
Bob Julian Roundhouse
The museum hosts a number of annual events and some one-time railroading events that bring rail fans from across the country. In 2012, the Bob Julian Roundhouse was the stage for all 20 of Norfolk Southern's Heritage locomotives during a two-day photographic event. In 2014, the museum hosted Streamliners at Spencer, with notable 1930s - 1950s era locomotives gathered around the Bob Julian Roundhouse turntable for a four-day event. Streamliners at Spencer included the Class J 611 Steam Passenger locomotive, visiting from the Virginia Museum of Transportation. This notable locomotive remained in Spencer for repair and restoration work to allow it to once again pull passenger excursions across the southeast.

The Museum has also operated 21st century steam trips from its grounds over its property and Norfolk Southern using the Tennessee Valley Railroad Museum's Southern No. 630 and rolling stock as well as the NS steam rolling stock fleet in 2012 and 2013. In April 2016, the museum hosted two excursions behind the 611. One to Lynchburg, VA and the other to Asheville, NC. Other annual events include Day Out With Thomas, the Polar Express, Fire Truck Show, Automobile shows, the Harvest Festival, the Easter Bunny Express, and Spring and Autumn (Southern leaf specials) excursions that take visitors to destination cities. The NCTM is also host to Boy Scout Rail Camp, which allows for Boy Scouts and Leaders to camp out on the historic facility and earn the railroading merit badge. It is the largest railroad related scouting event in the nation.

Notable exhibits
"The Doris", a private rail car owned by James B. Duke of the American Tobacco Company and Southern Power Company. He named it after his daughter, Doris. It was once owned by steel magnate Charles M. Schwab.

"The Loretto", a private rail car was originally built in 1902 for Schwab and later owned by Spring Mills in Fort Mill, South Carolina. It features stained glass windows and ornate carvings finished in gold leaf. 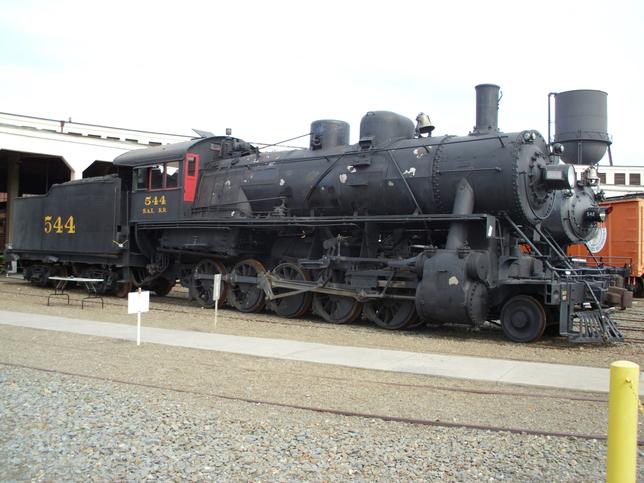 Seaboard Air Line No. 544, one of over 200 undelivered Russian Decapods. 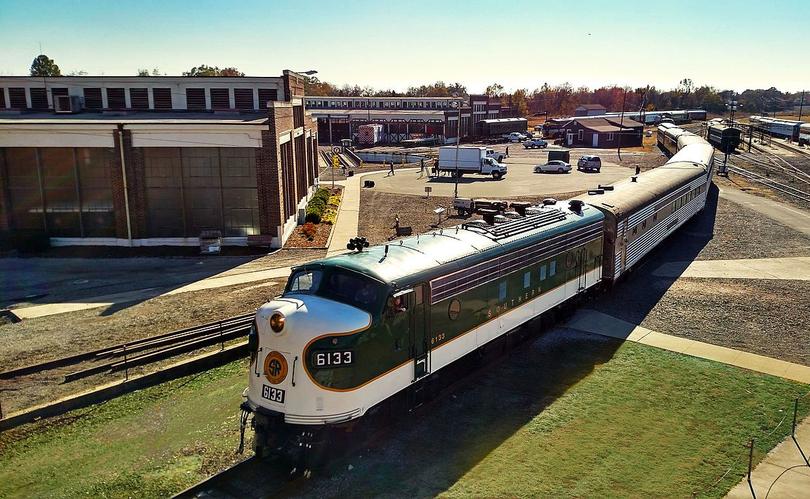