Cincinnati and Lake Erie No. 119 at the Ohio Railway Museum. 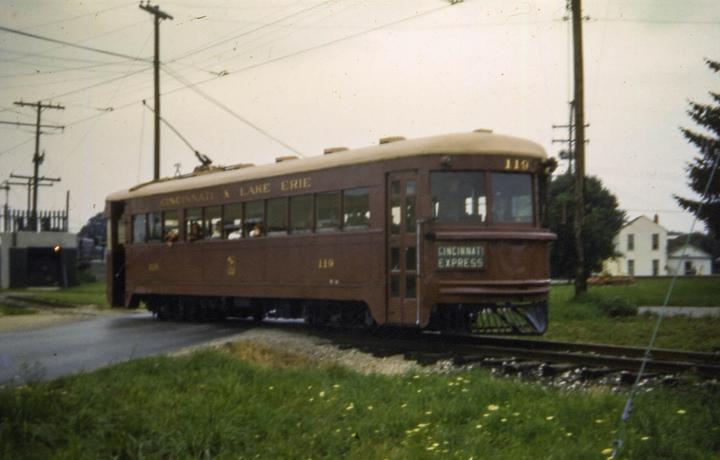 Illinois Terminal No. 450 at the Ohio Railway Museum. 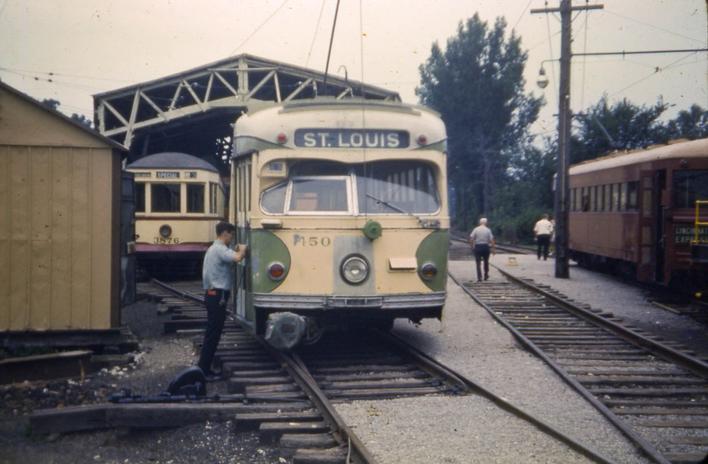 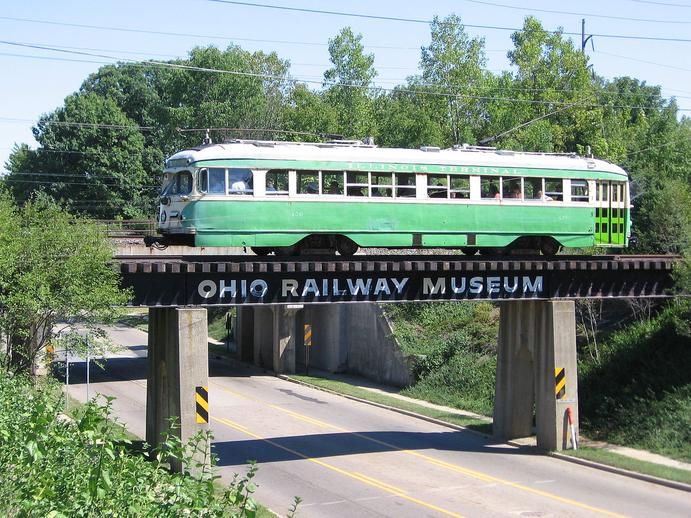 History
Established in 1945 and incorporated August 22, 1950, it is the fourth oldest organization involved with the preservation of railroad equipment and railroad history in North America that includes an operating railroad line. The museum was started with the name of "The Central Ohio Railfans Association" and officially changed its name to The Ohio Railway Museum February 17, 1993.

Collection description
Ohio Public Service No. 21
Car No. 21 was the first piece acquired by the Museum in 1947. It was moved to the Museum grounds in 1948. The car is a fine example of wooden interurban car construction as of the 1900-1910 period. It was built by the Niles Car and Manufacturing Company of Niles, Ohio in 1905. It is considered a combination passenger-baggage type interurban. The car is 50 feet 6 inches (15.39 m) long and weighs 60,500 pounds. It is equipped with four General Electric number 263A 65 hp (48 kW) motors, one General Electric type K-34D2 controller and one Westinghouse 3817 air compressor. Car No. 21 and its sister No. 20 both had a baggage compartment at the front, a smoker section seating 12, and a main passenger section seating 34. The car is single-ended and is operated from the baggage compartment. Also inside the baggage compartment is an early telephone that could be used for communications with the dispatcher by hooking the leads over a phone line strung along the track. The interior of the car is finished in quartered oak, originally with leather seats in the smoking compartment and plush seats in the passenger section. The car is currently listed on the National Register of Historic Places.

The 4-6-2 designation indicates that there are four wheels in the pilot truck, six driving wheels, and two wheels in the trailing truck. The term "Pacific" was given to this wheel arrangement because it was first used on the Missouri Pacific Railroad. The E2a locomotives were first used for mainline passenger service and later for branch line service when replaced by larger equipment. The E2a's could pull up to 8 heavy Pullman passenger cars at 70 miles per hour. Through the years, these locomotives were equipped with various types of tenders. The current tender on No. 578 is the largest used with any E2a and is originally from a larger 4-8-2 "Mountain" type locomotive. It is equipped with a stoker and can be operated with an auxiliary tender for greater range. No. 578 was assigned to the Scioto division operating into Columbus from 1917 to 1944, and was transferred to the Norton branch from Bluefield, West Virginia to Norton, Virginia, and was retired from service in December 1958.