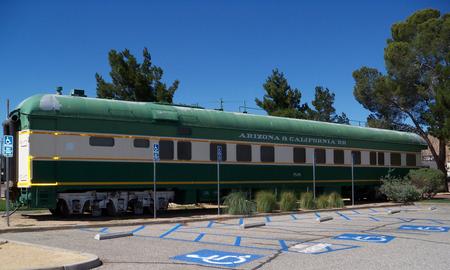 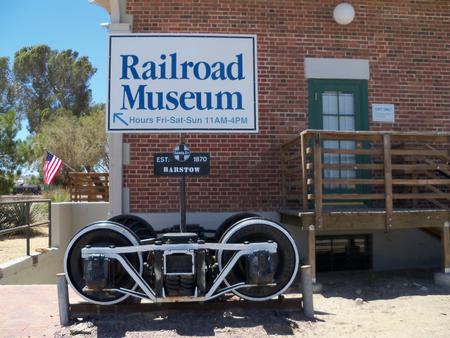 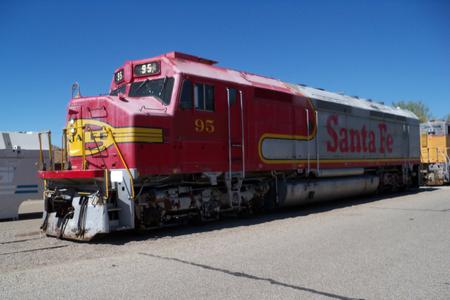 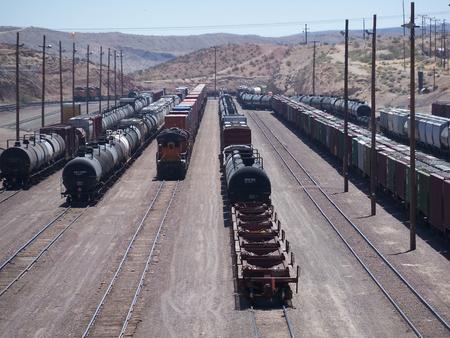 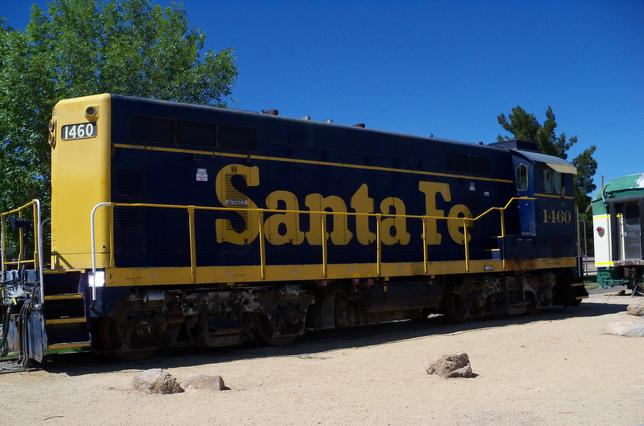 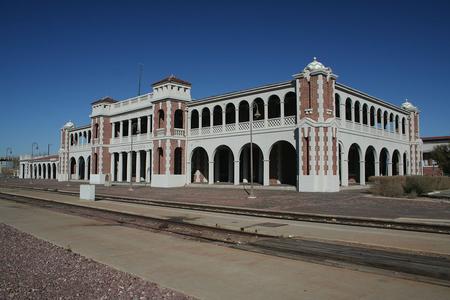 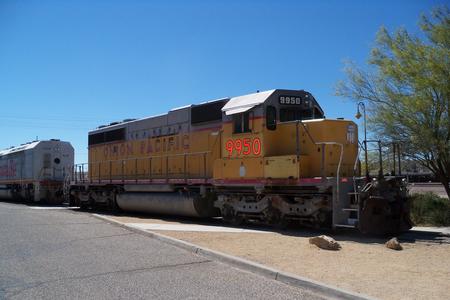 Union Pacific 9950, an EMD SD40-2 was donated to the Western America Railroad Museum on March 6, 2004 by the Union Pacific Railroad.   Photo by John Cornett.

The Western America Railroad Museum is open Friday, Saturday and Sunday from 11:00 AM until 4:00 PM.   Photo by John Cornett.

By Miskatonic at the English language Wikipedia, CC BY-SA 3.0, https://commons.wikimedia.org/w/index.php?curid=6295581

Santa Fe No. 1460, "The Beep", on static display at the Western America Railroad Museum in Barstow, California.  Photo by John Cornett.

The museum collects, preserves and shares the history of railroading in the Pacific Southwest. It is located on the east side of the Harvey House at the Barstow Railroad Station and is operated by a non-profit organization.

It houses displays inside the depot and has indoor displays of railroad artifacts, artwork, timetables, uniforms, tools and various other types of railroad items.

The Gustafson Date Nail Collection is on display at the Western America Railroad Museum. Started by Albert Gustafson in 1969, the collection includes date nails from every state in the United States including Alaska and Hawaii, as well as from other countries including Germany, Switzerland, France, England, Canada, Peru and Mexico. This collection is the largest on display in the world. Date nails are also on sale in the museum's gift shop.

Landmark
Casa del Desierto was added to the National Register of Historic Places in 1975, and designated as a California Historical Landmark in 1976.

Restoration and Museums
The City of Barstow obtained the station in 1990. After restoration and more than $8 million in repairs to earthquake damage, several city offices moved into the building. The Barstow Area Chamber of Commerce & Visitor Center also operates out of the former Harvey House. Other public institutions located here are the Western America Railroad Museum on the east side and the Route 66 "Mother Road" Museum on the north side.

The BNSF Barstow Yard is adjacent to the Barstow station. A multitude of BNSF and UP freight trains pass through the yard day and night. The Amtrak Southwest Chief (Los Angeles to Chicago and Chicago to Los Angeles) runs daily through Barstow as well, with stops in Barstow as needed to drop off or pick up passengers.

A featured display at the museum is Santa Fe No. 95, a GM-EMD diesel-electric locomotive built in 1967. Built originally as a passenger locomotive, its career ended as a back up engine for Amtrak in 1998. It is planned for restoration.

In the beginning, track inspections were carried out on hand-operated cars. Later, more modern motorized vehicles were used. The museum has an interesting collection which includes a fine example of a restored Hand Car from 1900.

Model railroading is an excellent and important hobby. The museum features an expertly crafted layout known as the Dogtooth Mountain H.O. Railway.

The museum has a rich treasure of both collected and donated railroad artifacts, many of which have come from personal collections. Items include railway pins, dinner services, silverware, menus, and a full conductor's uniform, just to name a few.

The museum is home to some fantastic examples of railroading art. The collection includes work by professional artists as well as railroad employees. The art can be seen in various locations throughout the museum.

A model of a working steam engine is on display in the museum. The engine was hand built by a railroad employee to demonstrate the principal of the steam locomotive engine. A docent is always on hand to operate the engine for visitors.

American railroads innovated many types of communication, from the telegraph key to telephone, to more modern electronic systems. Railroad engineering has always been at the forefront of design in American industry. Today's railroads continue this practice of innovation. Many examples are on display in the museum.

The museum maintains a large collection of railroad memorabilia. Much of this material was donated by local past and present employees of the Santa Fe Railroad and BNSF. The museum is always searching for new items, and gifts are tax deductable.

There is a collection of locomotives, cabooses, passenger cars and other pieces of railroad equipment located just outside the museum. A "Yard" brochure is available to help visitors identify each piece.

The museum gift shop features an extensive selection of products. From simple items such as postcards to rare "one-of-a-kind" collectibles, even the most discriminating railfan is sure to find something here.