Coach Passenger Car
The coach is the most basic type of passenger car, also sometimes referred to as "chair cars".

Two main variants exist. First, "open" coaches have a center corridor; the car's interior is often filled with row upon row of seats like that in a passenger airliner. Other arrangements of the "open" type are also found, including seats around tables, seats facing windows (often found on mass transit trains since they increase standing room for rush hour), and variations of all three. Seating arrangement is typically (2+2), while the hard seat in China has (3+2) arrangements. The seating arrangements and density, as well as the absence or presence of other facilities depends on the intended use - from mass transit systems to long distance luxury trains.

The other variant is the "closed" or "compartment" car, in which a side corridor connects individual compartments along the body of the train, each with two rows of seats facing each other.

In both arrangements carry-on baggage is stowed on a shelf above the passenger seating area. The opening into the cars is usually located at both ends of the carriage, often into a small hallway - which in railway parlance is termed a vestibule.

In India normal carriages often have double height seating, with benches (berths), so that people can sit above one another (not unlike a bunk bed), in other countries true double decker carriages are becoming more common.

The seats in most coaches until the middle of the 20th century were usually bench seats; the backs of these seats could be adjusted, often with one hand, to face in either direction so the car would not have to be turned for a return trip. The conductor would simply walk down the aisle in the car, reversing the seat backs to prepare for the return trip. This arrangement is still used in some modern trains. 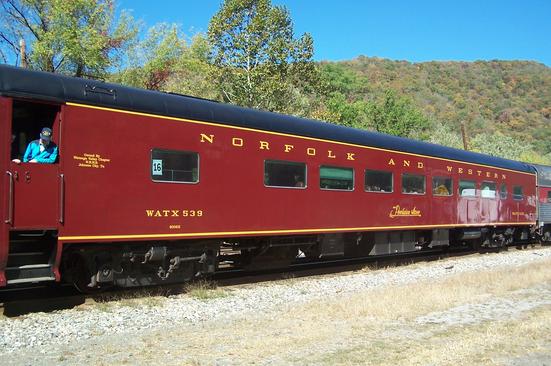 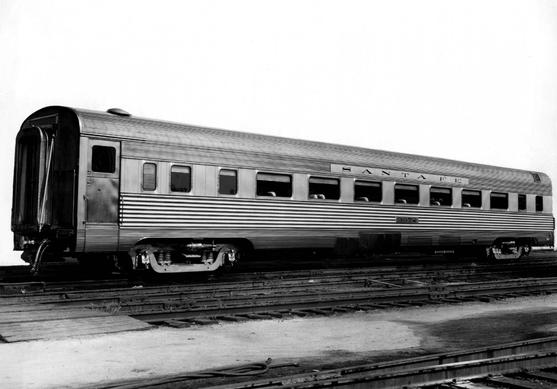 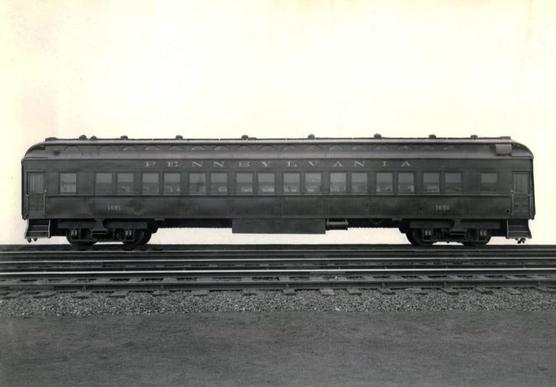 A streamlined coach car of the Santa Fe Railway, circa 1937. 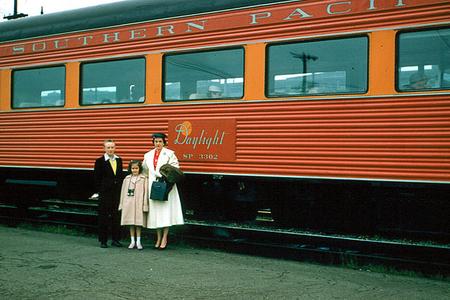 By jpmueller99 [CC BY 2.0 (http://creativecommons.org/licenses/by/2.0)], via Wikimedia Commons

The first all-steel rail coach car of the Pennsylvania Railroad. The car was to be used in the railroad's New York tunnel, circa 1906.

Exterior of an Amfleet coach class car at Washington Union Station, May 9, 2009. 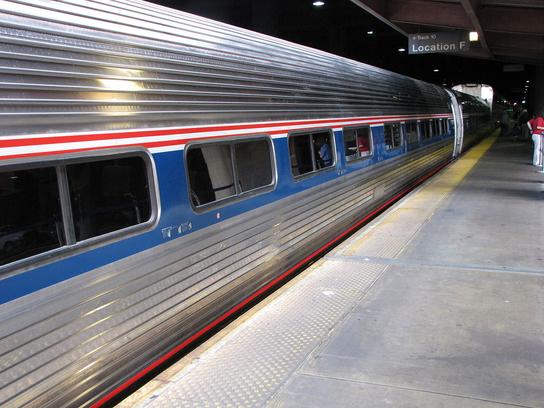