Budd M1 and M3 EMU Railcar
The M1 and M3 are two similar series of electric multiple unit rail cars built by the Budd Company for the Long Island Rail Road, the Metro-North Railroad and Metro-North's predecessors, Penn Central and Conrail. Originally branded by Budd as Metropolitans, the cars are more popularly known under their model names, M1 (late 1960s/early 1970s cars) and M3 (mid 1980s cars). The proper name for the Metro North series are the M1A and M3A respectively though they are colloquially called by the main LIRR designations for the sake of simplicity.

Even though the LIRR's fleet of some 900 MP54 electric MU cars constructed between 1908 and 1930 had been augmented between 1955-1963 by about 150 newer MP72 and MP75 EMU's, the roster still contained a large number of increasingly elderly prewar cars which the cash strapped LIRR was unable to replace. In 1965 the nearly bankrupt commuter railroad was taken over by the state owned Metropolitan Commuter Transportation Authority, later renamed the Metropolitan Transportation Authority in 1968, which was then able to provide large amounts of capital funding to bring the system to a state of good repair. One of the first items on the list was a massive order of brand new self-propelled electric railcars that could replace the remaining MP54's and provide modern levels of comfort and performance.

The Metropolitans, at the time of their introduction, were notable for their rounded ends and quarter-point sliding doors. The cars were fully air conditioned, accommodated only high level boarding, used light weight construction and were built with a top speed of 100 mph and support for Automatic Train Operation. The Metropolitan cars were also the catalyst of change for their respective systems as the high-level boarding required all stations in the electrified zone to be rebuilt and the increased power demand forced the LIRR to update its third rail power supply from 650 V DC to 750 V DC to take advantage of the cars' performance.

With a completely new look and feel both inside and out the Metropolitan cars blurred the line between traditional commuter rail and rapid transit with the later R44 and R46 series of cars for the sister New York City Subway adopting many of the same design elements. Compared to the older cars with their drop sash windows, slow speeds, rough suspension and growling gearboxes the Metropolitan's ushered in a new era of commuting in the New York region.

M1/M1A Series
The M1 series were funded by both New York State and the then-fledgling Metropolitan Transportation Authority which gained operation of the lines partway though the order. The 770 M1s (9001-9770) built for the LIRR between 1968 and 1973 represented the largest single order of electric multiple units in North America up until that time. 620 cars were in the base order from 1968–71, with 150 option cars following in 1973. An Additional 178 M1As (8200-8377) were built for the former New York Central commuter operations from 1971 and 1973 allowing the railroad to replace its remaining pre-war MU cars and the 100 4500 series ACMUs which were in need of a 20-year overhaul. Using Budd Pioneer III trucks and powered by 4 148 horsepower GE 1255 A2 traction motor, each car had 592 hp and were designed to achieve 100 mph running in service, achieving only 80 mph in service due to track and signaling limitations. The LIRR cars also featured support for Automatic Train Operation, although this too was never seen in service.

The Cosmopolitans
On the heels of the success of the M1/M1As, the MTA and a joint venture between GE, Budd, Canadian Vickers and Avco produced a series of structurally similar cars for the New Haven Line. Built between 1972 and 1977, the M2s (initially branded by Budd as the Cosmopolitans) fully replaced the ex-New Haven EMU cars for use on the New Haven mainline and the New Canaan Branch. Budd and MTA would later license the design to other manufacturers for updated versions.

GTELs
In the late 1970s, 8 gas turbine electric cars were built and tested by the LIRR. They used the M1 bodies, but have low level boarding stairs. By 1976, they were all out of service, and a set were rebuilt without their turbines, and sent to the Metro-North.

M3/M3A Series
With electrification areas of both railroads expanding, the MTA placed an order for another series in 1982, the M3 series. Essentially compatible with, and (on the exterior) very similar to, the M1 series, the M3s had updated mechanical elements such as the use of General Steel GSI 70 trucks and a few other small differences. Traction motor cooling was added to the M3 at the cost of added weight which was compensated for by the use of more powerful 160 horsepower GE 1261 motors. Even with the extra power this created different acceleration and braking rates from the M1. While LIRR chose to mix M1s and M3s in the same consist, Metro-North chose not to and would always run with uniform trainsets. 174 M3s (9771-9944, with 9891 and 9892 renumbered to 9945 and 9946 after the Long Island Rail Road massacre) were produced for the LIRR between 1984 and 1986 with 142 M3As (8000-8141) produced for Metro North, arriving between 1984 and early 1985.

This order would be the second-to-last handled by Budd, which in April 1987 left the railroad business after taking the name "TransitAmerica" under which the last M3s were produced though their builders plates kept the Budd name. The M3's also have the distinction of being one of the last, if not the last, third rail-powered cars to have the "blinking lights" effect at third rail gaps.

Refurbishment and retirement
With the arrival of the M3 series, the M1 and M1A cars each saw midlife rebuilds in the late 1980s in order to prolong their useful life. The overhauled interiors were very similar to those of the M3s. Still, time began to take its toll on the original M1 cars and by the end of the 20th century the time for the cars was running short.

In 1999, the MTA awarded Bombardier Transportation the contract to build the replacement for the M1 series, the M7 series. With the arrival of the first M7s to the LIRR in 2002 and the first M7As to Metro North in 2004, both roads began to retire the M1 series. LIRR retired the last M-1 cars in January 2007, while a small number of M1As remained in service on Metro-North until March 2009. In preparation of the retirement of the M1s, the Sunrise Trail chapter of the National Railway Historical Society hosted a "Farewell to the M1s" fan trip on November 4, 2006.

The Railroad Museum of Long Island in Riverhead, NY has preserved a pair of M1 cars. A handful of cars are used in work service, and two are preserved in the Richmond Hill yard, near Jamaica.

Some Metro-North M3As received minor interior refreshes throughout 2006/2007. The LIRR M3s, however, have remained with their original, old-fashioned interior style of wood-and-leather.

Upon their retirement, the M3s will have traveled nearly 800,000 miles in their 3 decades of revenue service.

By The original uploader was BlastOButter42 at English Wikipedia - Transferred from en.wikipedia to Commons., CC BY-SA 2.0, https://commons.wikimedia.org/w/index.php?curid=1708078 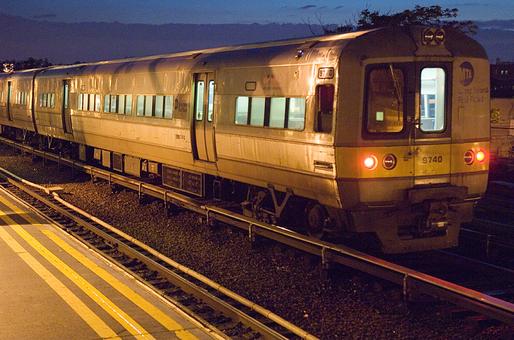 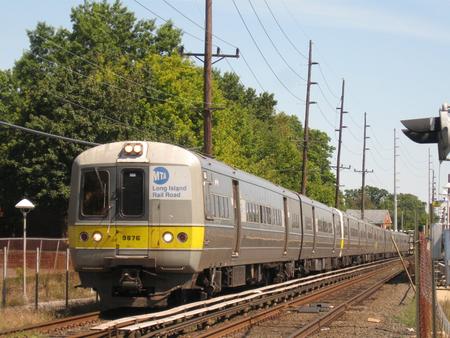