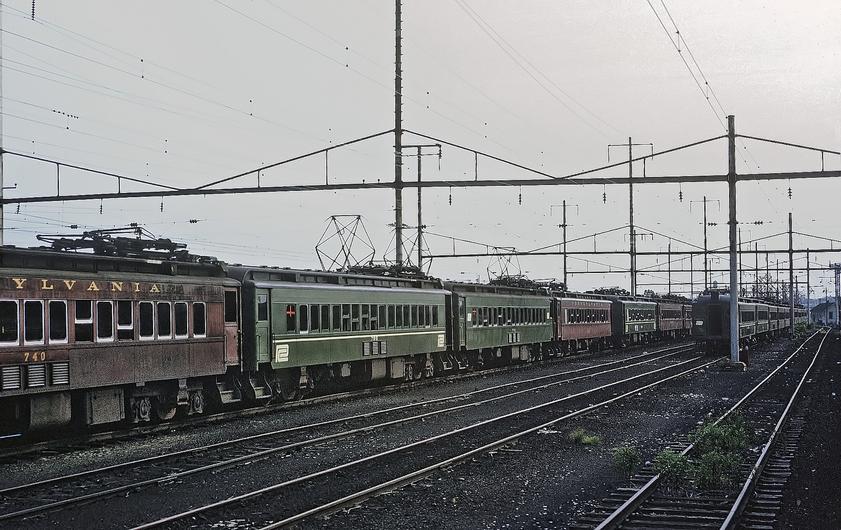 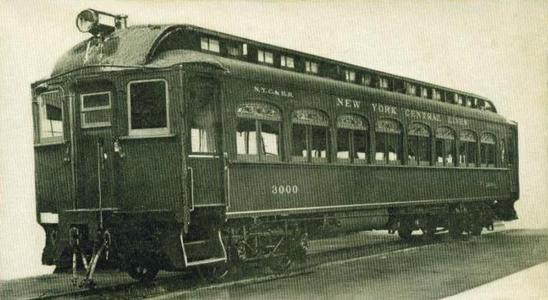 History
The first cars were built in 1906–1907 by American Car and Foundry Company and St. Louis Car Company, which together delivered 182 all steel MUs to the New York Central Railroad. They were built for the electrification of the Hudson Division north of High Bridge and the electrification of the Harlem Division north of Wakefield. The cars numbered 4000–4173 featured arched stained glass windows located above each set of windows. The glass was later covered which made the cars appear to have small, low windows.

In 1910 and 1913 both the Hudson and Harlem divisions were extended by a combined total of 36 miles. The Harlem line now went to North White Plains while the Hudson line went to Croton-on-Hudson. Additional MUs were ordered between 1913-1929 totaling 164 units.

The MUs built from 1917-1929 had regular windows and no stained glass, so they looked like regular heavyweight coaches. This would give the New York Central a total of 353 EMU's.

The New York Central had also purchased 21 combine/baggage MUs built from 1907 to 1910 that were used for the mail services as well as passenger service.

While some of the combines were exactly the same dimensions as the other MUs, the baggage version were notably shorter by 13 feet, compared with the regular MUs. All of these cars would continue service until the arrival of the first order of ACMUs in 1950.

The remaining cars dating from 1924-1929 survived into the Penn Central era. These were built by Standard Steel and renumbered 1250-1296 to make room for other Penn Central inherited equipment.

The 1200s were either painted in Penn Central's paint scheme or had the Penn Central logo plastered onto the cars. They were retired between 1971-1973 by the new M1A railcars, which also replaced most of the original ACMUs from 1950. After retirement many of these cars were scrapped.