The Priest Rapids Skytop Lounge car No. 189 at the Milwaukee depot in 1968. 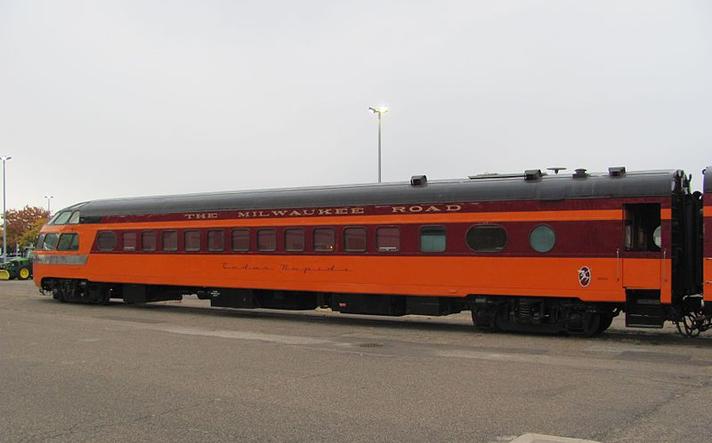 The interior of a Skytop Lounge car on the Twin Cities Hiawatha, circa 1948. 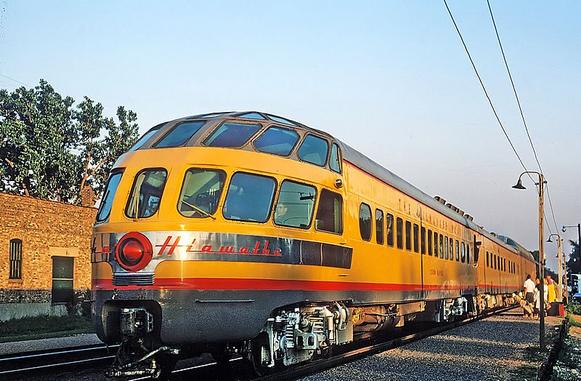 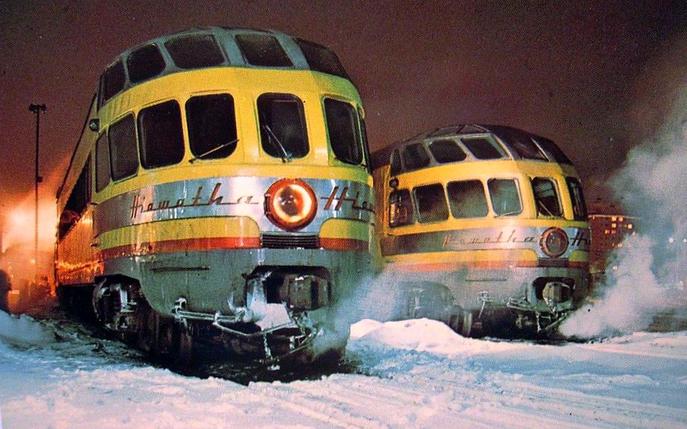 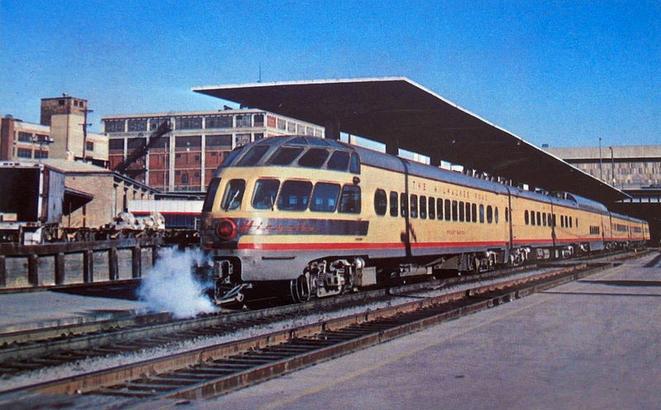 Skytop Lounge Passenger Car
The Skytop Lounges were a fleet of streamlined passenger cars with the parlor-lounge cars built by the Chicago, Milwaukee, St. Paul and Pacific Railroad ("the Milwaukee Road") and sleeper-lounges built by Pullman-Standard in 1948. The cars were designed by famed industrial designer Brooks Stevens. The fleet included both parlor-lounges and sleeping cars. The lounges entered service in 1948 on the Twin Cities Hiawatha, while the sleeping cars were used on the long-distance Olympian Hiawatha. In 1964 the Milwaukee Road sold the sleeping cars to the Canadian National Railway, who operated them until 1977. The parlor cars continued in service with the Milwaukee Road until 1970, when they were retired.

Background
Twin Cities Hiawatha
In 1935, the Milwaukee Road introduced the original Hiawatha between Chicago and the Twin Cities to great acclaim. The new trains covered the 420 miles in 7 hours. Their equipment included the popular "Tip-Top-Tavern" and the distinctive "Beaver Tail" lounge observation cars. From the beginning the Hiawathas were known for speed and stylish design. Such was the success of the train that the Milwaukee Road would introduce new equipment again in 1936, 1937, 1938, and 1942.

Design
Breaking with the "Beaver Tail" design, the rear of the Skytop Lounge was 90% glass, with multiple rows of windows reaching up to form the ceiling. In the four parlor-lounges this "solarium" contained 12 seats, with an additional 24 seats in the interior of the car. At the front of the car was a four-seat drawing room. The interior featured wood paneling, characteristic of Milwaukee Road designs. The Milwaukee Road contracted with Pullman-Standard for six sleeping cars based on the parlor-lounge design. The sleeping cars featured reduced seating in the solarium to make room for eight double bedrooms. Pullman-Standard did not adopt wood paneling for its interiors.

The sleeping cars spent even less time in Milwaukee service. Pullman-Standard delivered the cars between December 1948 and January 1949 for use on the Olympian Hiawatha, which operated between Chicago and Tacoma, Washington. The Milwaukee Road discontinued the Olympian Hiawatha on May 22, 1961, in the face of mounting passenger losses. In 1964 the Milwaukee Road sold all six to the Canadian National Railway (along with six of the Super Domes), which dubbed them "Skyview" lounges and put them into service on the Ocean. The Canadian National Railway took them out of service in the early 1970s and disposed of them in 1977. Two of the sleeping cars later became part of the SS Lansdowne, a floating restaurant in Detroit, Michigan. After that venture failed the remains of the cars were purchased by the Milwaukee Road Historical Association in 2009 and shipped to a museum in Montevideo, Minnesota. 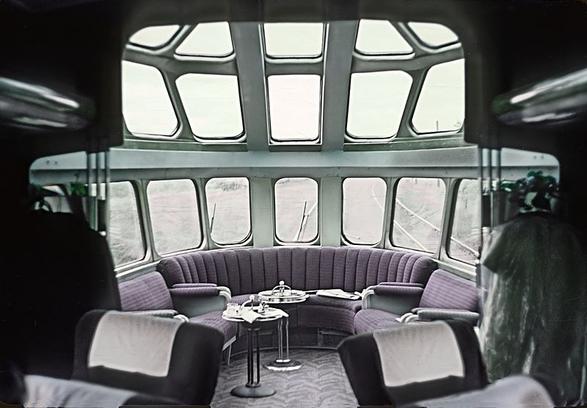 Looking out of the Skytop Lounge on Train 2, the Afternoon Hiawatha, east of New Lisbon, Wisconsin on August 8, 1967.  Photo by Roger Puta.

The "Coon Rapids" at Glenview, Illinois in August of 1964.  Photo by Roger Puta. 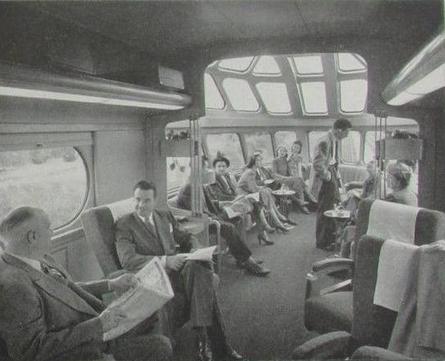