The railroad of the Arcadia and Betsey River Railway Company (A&BR) was a single-track, standard-gauge steam railroad located in the northwestern part of the southern peninsula of Michigan. The main line extended easterly from Arcadia to Henry, a distance of 17.425 miles. The A&BR also owned 2.352 miles of yard tracks and sidings. Its road thus embraced 19.777 miles of all tracks owned and used. The A&BR was organized in the interest of The Henry Starke Land and Lumber Company. It was controlled by the latter company's successor, the Arcadia Furniture Company, owner of one of the industries served.

Corporate History
The A&BR was incorporated September 25, 1895, under the general laws of Michigan, to construct, maintain, and operate a standard-gauge railroad from Arcadia to Copemish, Michigan. The date of its organization was September 25, 1895.

Physical Property
The road, all owned, of 17.425 miles, extending from Arcadia to Henry, was constructed during 1895, by The Henry Starke Land and Lumber Company. The road originally extended about 4 miles beyond Henry, to Copemish. Michigan. The rails and fastenings on this section were the property of The Ann Arbor Railroad Company, to which they were returned upon abandonment of the section in 1918.

About 7 miles of roadbed of a narrow-gauge railroad, extending eastward from Arcadia, Michigan, formerly owned and operated by The Henry Starke Land and Lumber Company as a logging road, was used In the construction of the carrier's railroad. 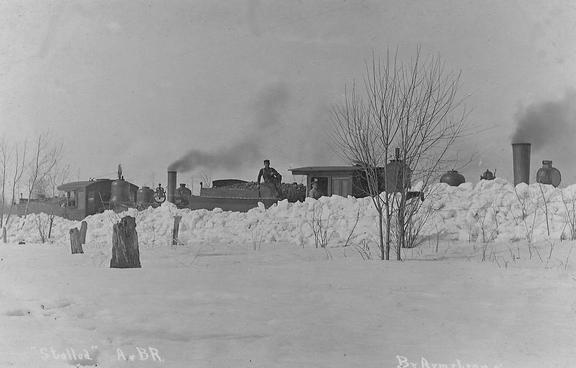 Snowbound locomotives of the A&BR at Arcadia, Michigan. 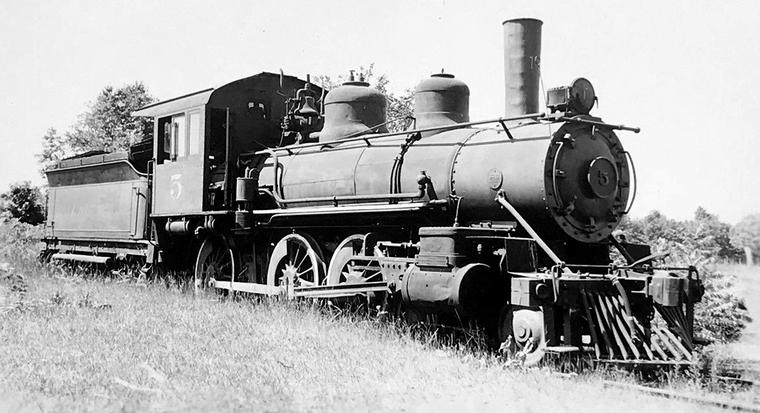