Mangum Street embankment (from center top to center bottom of image) of the AB&A railroad west of Downtown Atlanta. Factory with smokestacks at top is at NW corner Northside Drive (then Davis) and Thurmond - "Blue" parking lot as of 2012. 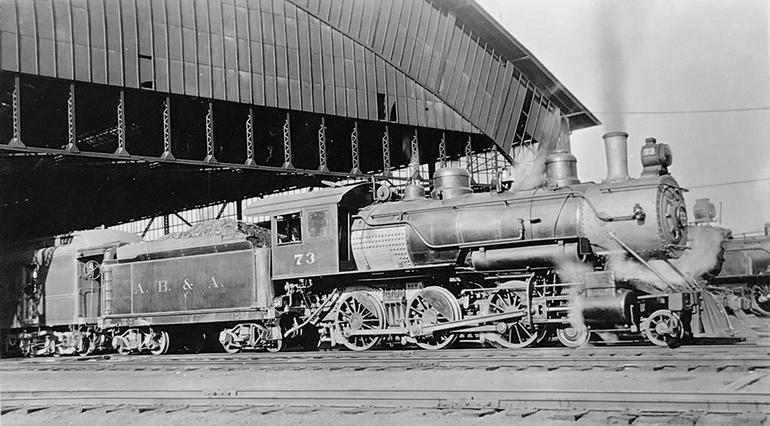 The railroad went into receivership in 1921 and was acquired by the Atlantic Coast Line Railroad in 1926. They reorganized the line as the Atlanta, Birmingham and Coast Railroad.

The Mangum Street embankment which ran north-south along Mangum Street (parallel to today's Northside Drive, but two blocks to the east), upon which trains reached the Atlanta terminus west of Downtown Atlanta, was built in 1905 and razed c. 1990 for construction of the Georgia Dome.

The building was used as offices and passenger terminal for the AB&A in Atlanta is located at the corner of Fairlie and Walton Streets in downtown Atlanta. It is now used as offices for Central Atlanta Progress. The upper facade of the building retains the "Atlanta, Birmingham & Atlantic Railroad" stonework on two sides. 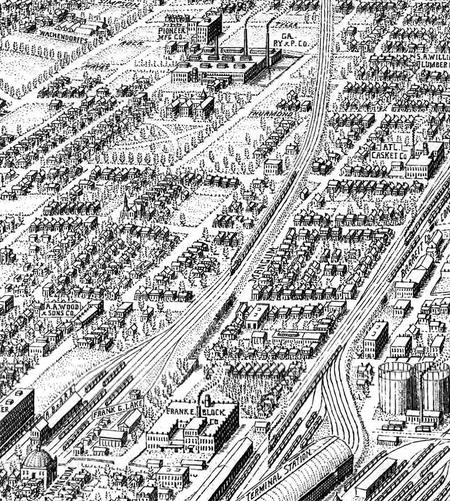