Western section of the Almanor route in 1956.  (Click image for larger view) 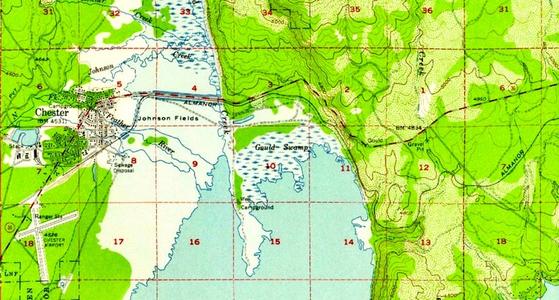 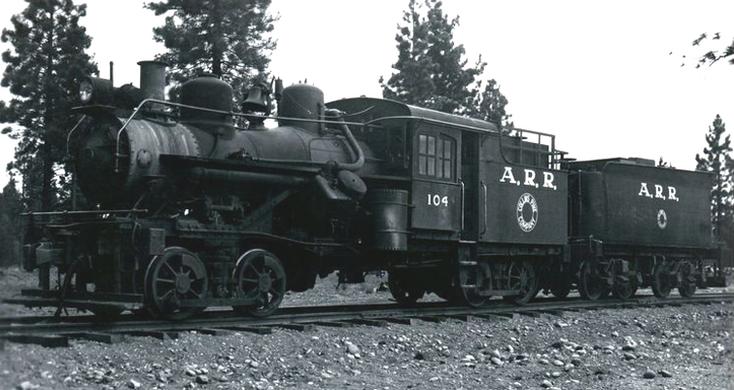 Almanor Railroad
The Almanor Railroad (reporting mark AL) was a Class III short-line railroad operating in Northern California. It was owned by Collins Pine Company, a division of The Collins Companies and annually hauled approximately 300 carloads of timber and lumber products generated at the mill. The railroad was named after Lake Almanor, which the railroad ran over (by causeway) and adjacent to.

The 13-mile (21 km) railroad ran west from a connection with the BNSF Railway (former Western Pacific) at Clear Creek Junction to Chester, California.

The Almanor Railroad was incorporated on September 15, 1941, and purchased the line from the Grande Ronde Lumber Company; and was discontinued in late 2009.

The railroad line was built before 1931 by the Red River Lumber Company which had a private electric logging railroad with a trestle over the Feather River and ran from Westwood (about 3 miles (4.8 km) east of Clear Creek Junction) to Chester. The portion of the Red River Lumber line between Westwood and Chester was the BNSF mainline from Keddie to Bieber. The BNSF also has trackage rights over the Almanor Railroad.

The Almanor had one 70-ton GE locomotive built in 1955 when it discontinued operations.