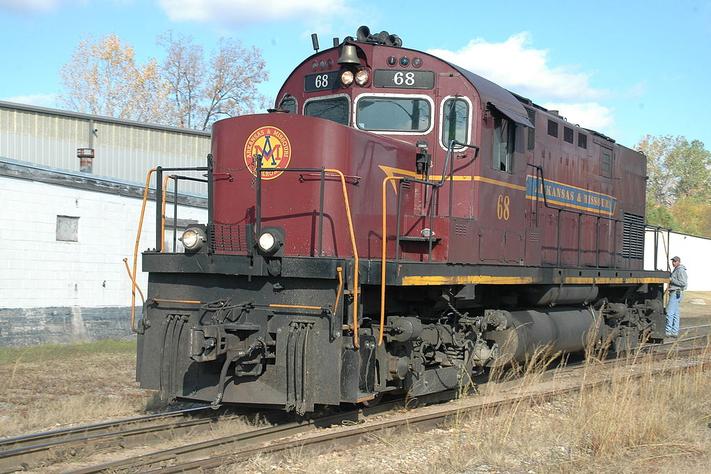 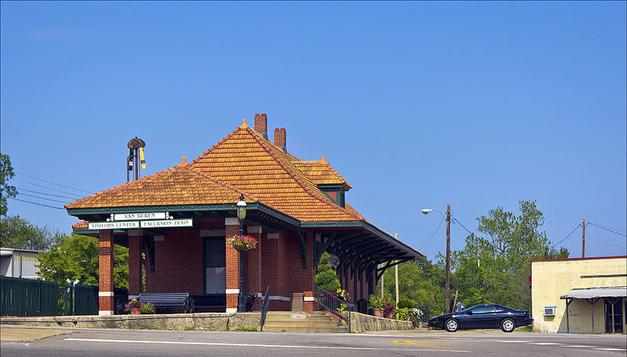 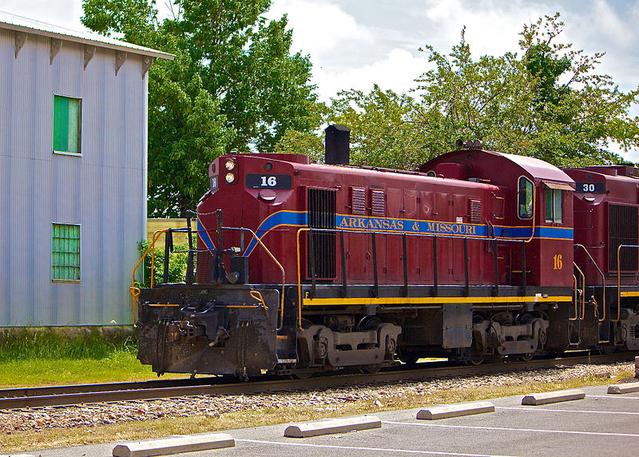 The depot in Van Buren, AR. The final stop for passengers taking the Arkansas & Missouri Railroad's Excursion train from Springdale to Van Buren.

Operations are based out of the headquarters location in Springdale as well as Fort Smith. Freight customers are predominantly located in those two geographic areas. The rail line was substantially upgraded between 2002 and 2005 and features continuous welded rail across its entire main line. The line handles 286,000 lb (130,000 kg) railcars and has vertical clearances sufficient for double-stack intermodal cars throughout. Most traffic is handled in scheduled freight trains although shuttle trains of corn make regular appearances in the Springdale area using locomotives from Union Pacific. Freight services operate seven days per week.

Passenger service
The company also operates seasonal excursion trains between Springdale, Winslow and Van Buren, Arkansas. Trains generally operate Friday and Saturday from April to November. The route features a tunnel and several major trestles as it passes through the Boston Mountains. Additional trains operate Sundays between Springdale and Fort Smith, Arkansas in the summer. Special trains operate in the October–November fall foliage season and at other times of the year.

History
The line was built between 1880 and 1882 by the St. Louis and San Francisco Railway ("Frisco"), a predecessor of Burlington Northern Railroad, and was leased by the latter to the Arkansas and Missouri in 1986. The company completed purchase of the property in early 2001. The lease of Union Pacific trackage in an area known as "the Bottoms" occurred in 2000. In 2010,/ A&M purchased "the Bottoms" from UP. The railroad serves numerous warehouse and transload facilities, as well as port facilities on the Arkansas River in Fort Smith and Van Buren.