Amador Foothills S12 No. 10 is crossing Highway 88 between Martell and Ione, California, with the last outbound loads, June 4th, 2004.  Photo by Drew Jacksich. 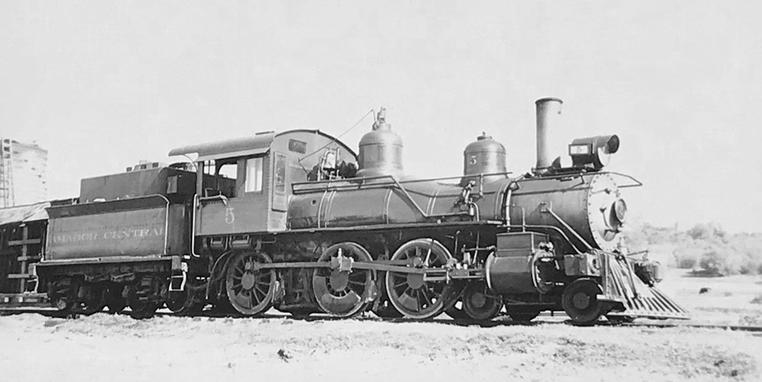 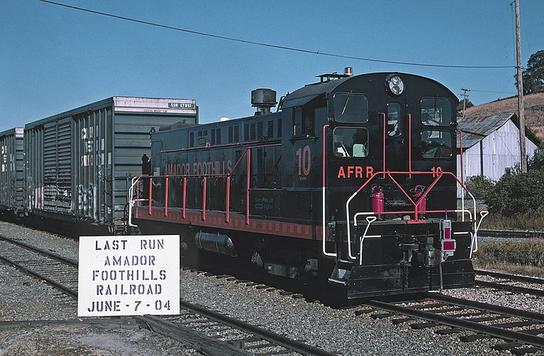 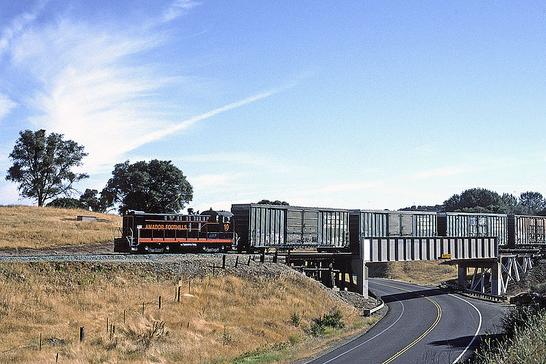 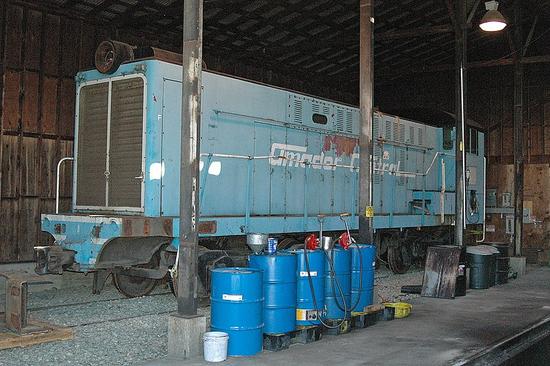 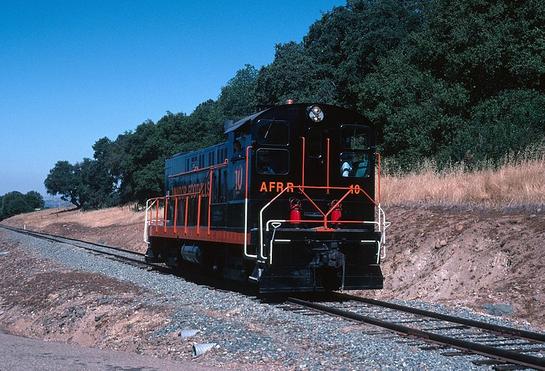 Amador Central Railroad
The Amador Central Railroad (reporting mark AMC) is a standard gauge railroad that operated 11.8 miles (19.0 km) between a connection with the Southern Pacific Company (SP) at Ione and Martell near the town of Jackson, California. The carrier served the Sierra Nevada Foothills gold mining communities and hauled lumber products from the El Dorado National Forest. Amador is the name of the county in which the railroad operated.

The AMC ran from the terminus of SP's Ione Branch at Ione to Martell.

Legacy
As of October, 2009, all track north and east of the Martell grade crossing of California Highway 88 has been taken up (about 1.5 miles), along with most of the ties and ballast. The main depot in Martell is abandoned and being allowed to deteriorate as it awaits demolition. The nearby locomotive shop shed is being used for storage and automotive repair.

Trackage, crossings and warning systems remain in place from Ione to the Martell Hwy 88 grade crossing, 9.5 miles of rail line. The line is leased, maintained and used by a group of rail enthusiasts, who own and operate railcar speeders on this stretch of scenic track.

An industrial / business park has been laid out in the area just northeast of the Hwy 88 crossing, with underground utilities laid and streets paved, but it remains largely undeveloped. The park is named after the railroad and the streets have related names, such as "Locomotive Lane" and "Boxcar Blvd."

October 27, 2010 the Amador Central/Amador Foothills Railroad was officially transferred from Sierra Pacific Industries to both the Amador County Historical Society (ACHS) and Recreational Railroad Coalition Inc. (RRCI) jointly at a ceremony in front of the historic 1877-built Southern Pacific Depot in Ione. The historical society and RRCHS buy the railroad for one dollar.

Approved to operate by the FRA as a Noninsular Tourist Railway in 2015, the Railway is operating under the Name "Amador Central Railway". Contact may be made by contacting the Owning Partnership (Amador County Historical Society or the Recreational Railroad Coalition & Historical Society.

Earlier in 2008, the last AMC/AFRR locomotive, No. 10, was moved down to Ione, CA where it sits today. It is privately owned and is under a storage lease to the city of Ione.

Modeling
Roundhouse models made the first run of the blue and white AMC boxcars. Roundhouse also made a few of the AMC steam locomotives for both HO and N scales. These were followed years later by Athearn Trains, which released a special numbered set of three AMC blue and white boxcars in HO scale. Atlas also made an AMC boxcar, but this was for an east coast route, and not the Amador Central. The other route shares the same call letters as the Amador Central.

The Amador County Model Railroad Museum In Jackson, CA. models a rough representation of the Amador Central (and two other railroads, both Stockton and Sacramento) in HO scale as it was from 1980 to 2004, as it interacted with the Southern Pacific and the Union Pacific in later years. 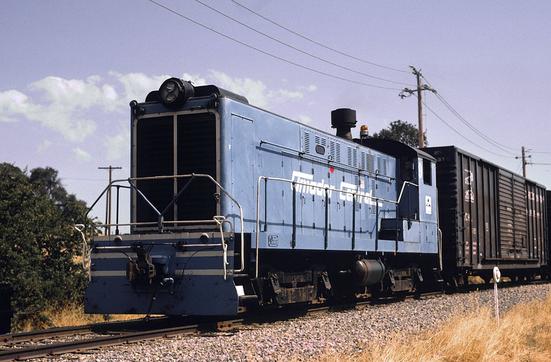 Amador Central No. 9 in the Martell engine house.  Photo by Drew Jacksich.

Amador Foothills Railroad No. 10 at Martell, California. The sign says it all.  Photo by Drew Jacksich.