AUAR operated a 154.8 miles (249.1 km) line from Llano, Texas, to an interchange with Union Pacific Railroad at Giddings, Texas, with a 6.4 miles (10.3 km) branch from Fairland to Marble Falls. The line, which was originally a Southern Pacific Railroad branch that had been operated by Longhorn Railway until AUAR assumed control, is owned by Capital Metropolitan Transportation Authority, with whom AUAR had a contract to operate the railroad from April 2000 to September 2007. AUAR traffic included aggregates, crushed limestone, calcium bicarbonate, lumber, beer, chemicals, plastics, and paper.

The contract was transferred to the Watco Companies as of October 1, 2007 and the line is now known as the Austin Western Railroad. 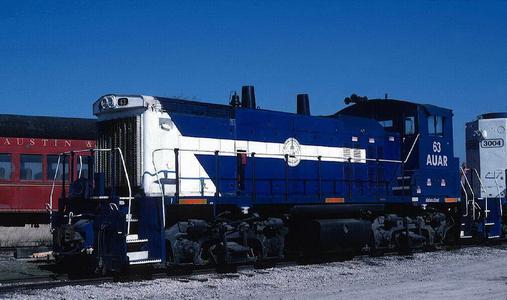