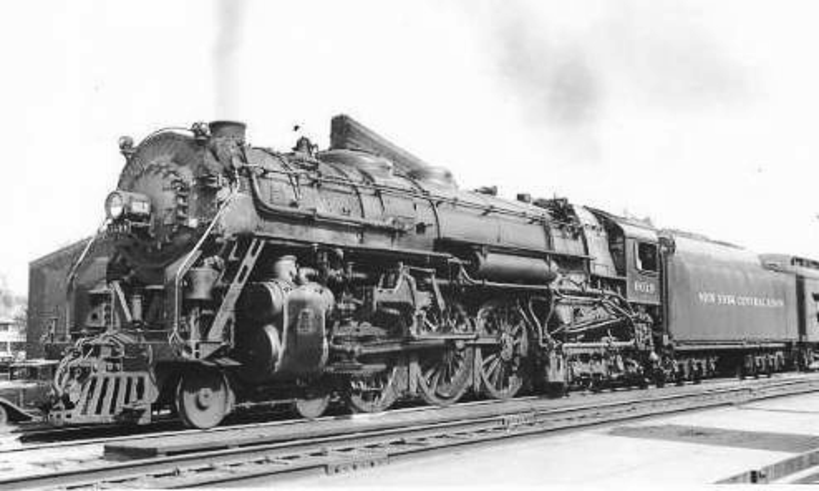 In 1906 the Big Four was acquired by the New York Central Railroad, which operated it as a separate entity until around 1930. The Big Four's lines were later incorporated into Penn Central in 1968 with the merger of New York Central and the Pennsylvania Railroad. Penn Central declared bankruptcy in 1970, and in 1976 many of Big Four's lines were included in the government-sponsored Conrail. Conrail was privatized in 1987 and in 1997 was jointly acquired by CSX and Norfolk Southern.

Notable facilities
The railroad was headquartered in Indianapolis, Indiana, in the Chesapeake Building at 105 S. Meridian Street. The building was constructed for the railroad in 1929 and was also known as the Big Four Building. In 2007 this multi-story structure became a Hampton Inn hotel.

On the southwest corner of Pennsylvania and Georgia streets in the Wholesale District of downtown Indianapolis, a large building was built by the railroad as one of its maintenance shops. Until the neighboring Conseco Fieldhouse was constructed in the late 1990s, an elevated track crossed Pennsylvania Street into a partially open locomotive service bay, which remains visible along the south side of the second story of this still standing structure. During the Conrail era most of the building was used as office space; its successor, CSX, still uses a portion of this Georgia Street facility.

The railroad once operated a terminal at Bellefontaine, Ohio which included the largest roundhouse in use at that time between New York City and St. Louis, Missouri. Conrail closed the Bellefontaine terminal in 1983, and its roundhouse was dismantled.

A large yard facility known as Big Four Yards is located in Avon, Indiana along the line's tracks, now owned and operated by CSX. In 1895 the railroad acquired what became known as the Big Four Bridge across the Ohio River at Louisville, Kentucky, thereby giving it access to that city. Use of the bridge for railroad purposes ceased by 1968, and it sat abandoned until work began by 2006 to convert it to use by pedestrians and bicyclists.

The first coach of the Big Four Special, where the Purdue football team was seated, lies crushed underneath the third coach and a coal tender. 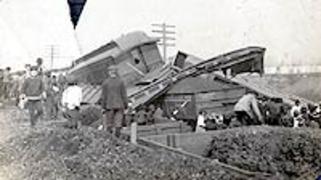 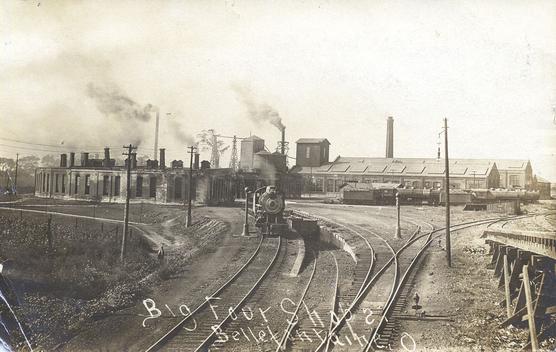 Its primary routes were in Illinois, Indiana, Michigan, and Ohio. At the end of 1925 it reported 2,391 route-miles and 4,608 track-miles; that year it carried 8,180 million net ton-miles of revenue freight and 488 million passenger-miles. 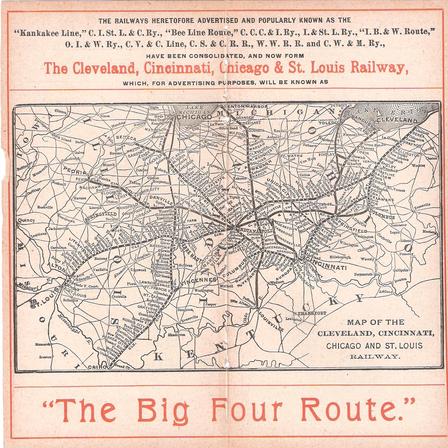 The Purdue Wreck was a tragic railroad train collision in Indianapolis, Indiana, on October 31, 1903, which killed 17 people, including 14 players of the Purdue University football team.

Two special trains operated by the Cleveland, Cincinnati, Chicago and St. Louis Railway (the "Big Four Railroad") were chartered to carry over 1,500 passengers from Lafayette to Indianapolis for the annual Indiana University / Purdue University rivalry football game. It was to be played for the first time at a "neutral" field at Washington Park in Indianapolis. Seventeen passengers in the first coach were killed when the lead special collided with a coal train after rounding a curve at the Mill Street Power House near 18th Street in Indianapolis. Thirteen of the dead were members of the Purdue football team. A fourteenth player died of his injuries in November 1903. Due to a breakdown in communication, the crew of the coal train was not aware the specials were approaching. They backed their train onto the main line just before the lead special arrived. The engineer of the special was able to throw the engine into reverse, set the brake, and jump clear of his engine, but he was not able to prevent the collision. After the impact, the uninjured passengers in the coaches further back wasted little time in coming to the aid of the wounded up ahead. According to Joseph Bradfield, then a Purdue student riding in the procession, “We began carrying the people out, the injured ones. There was a line of horse-and-buggies along the whole stretch there for half a mile. We didn’t stop for ceremony; we simply loaded the injured people into the buggies and sent the buggies into town, got them to a hospital…. There was no ambulance, no cars…” As the survivors of the wreck, including Purdue University President Winthrop E. Stone, comforted the injured and dying, others ran back up the track to stop the next special 10 minutes behind, thereby preventing an even greater tragedy.

One of the passengers was future Governor of Indiana Harry G. Leslie. While at Purdue, Leslie was captain of both the school's football and baseball teams and became one of the school's "immortal" players. As one of the school's star players, his team was on course to win the state championship in 1903. During the collision, one member of the team miraculously landed on his feet and was unharmed after being thrown out a window. Initially seventeen victims, including Leslie, were pronounced dead at the scene and taken to the morgue. Another victim died of his injuries a day or two later.

A few hours later at the morgue, as the morticians prepared to embalm his body, they discovered he still had a pulse and immediately rushed him to the hospital. Barely alive, he needed several operations and lingered near death for several weeks. His recovery was slow, but he eventually regained his health, although he walked with the aid of a cane for the remainder of his life. He returned to school at the end of 1904 and after another year he graduated with a degree in law. His survival of the Purdue Wreck received significant attention across the state and he became a famous folk hero.

Memorial Gymnasium (renamed Felix Haas Hall in 2006) was constructed in 1909 on the Purdue University campus to honor the memory of those who perished. The stairway leading to the front door has one step for each of the 17 victims. To mark the centennial of the Wreck in 2003, a tunnel in Purdue's Ross-Ade Stadium was dedicated to the victims. The Purdue football team passes through the tunnel at the beginning and end of each home game.

Although the section of railroad no longer exists, satellite photographs still show traces of the rail bed leading to the accident site. From the northwest, the rail bed passes through the Riverside Golf Course and crosses the White River near N. White River Parkway E. Drive and Rivershore Place. The rail bed continues southeast between Burton Street and the Central Canal Trail. The rail bed crosses to the east side of the canal at Fall Creek Parkway N. Drive and continues southeast onto the property of the Republic Waste Services facility.The present-day accident site is bounded on the north by W. 21st St, on the south by W. 16th St, on the east by Senate Blvd., and on the west by W. Dr. Martin Luther King Jr. St., W. 18th St., and Mill Street. Prominent landmarks include Methodist Hospital to the east, the Peerless Pump factory to the north, and an electrical substation on the site of the former Mill Street Power House. After crossing W. Dr. Martin Luther King Jr. St. just south of the entrance to the Peerless Pump factory, the rail bed passes between the factory grounds and the electrical substation. It then begins a right turn to the south until reaching Interstate highway 65. Beyond this point, the rail bed is no longer visible, being covered by the interstate and the west lawn of Methodist Hospital along Senate Blvd. A map of Indianapolis from 1916 shows the tracks continued south across W 16th St. at Lafayette St., then along Lafayette St. into the downtown area to Union Station.