History
By 1886, the Wisconsin Central Railroad had formed a new railway company, called the Chicago and Great Western Railroad (C&GW) to build a new line from a connection with the WC at Forest Park into the city, and to construct the Grand Central Station, which opened in December 1890.

In June 1887, a subsidiary of the Northern Pacific Railroad called the Chicago & Calumet Terminal Railway (C&CT) consolidated several terminal railroads in the Chicago area with lines running between the Atchison, Topeka & Santa Fe Railway at McCook, Illinois to the south and south-east to Hammond, Indiana and a connection with the Baltimore & Ohio Railroad (B&O).

On January 6, 1910 the Baltimore & Ohio Chicago Terminal Railroad was created to purchase the CTT at foreclosure, giving B&O control of both the terminal railway system, as well as Grand Central Station.

Operations
The railroad was strategically located in Chicago; connections made at Forest Park and trackage rights allowed the Minneapolis, St. Paul & Sault Ste. Marie Railway ("Soo Line") (which had leased the Wisconsin Central in 1909) and the  Chicago Great Western Railway access to Grand Central Station. The Pere Marquette Railroad and B&O (including its grand Capitol Limited) also used the B&OCT to access Grand Central Station. 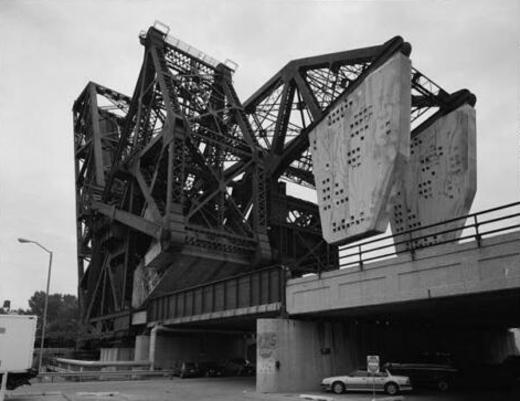 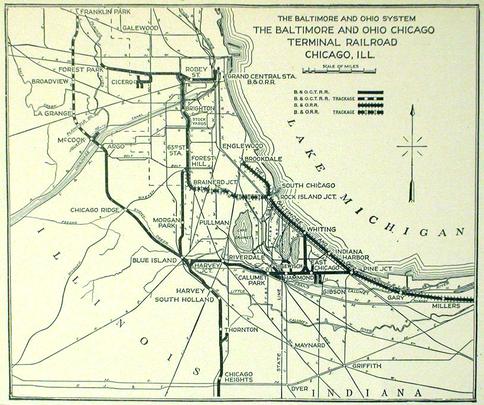 A map of the Baltimore & Ohio Chicago Terminal Railroad.