A Belt Railway of Chicago ALCO C424 pulls a freight in Cicero, Illinois. 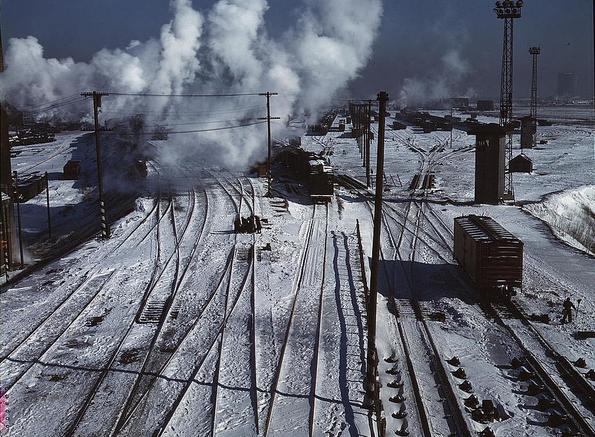 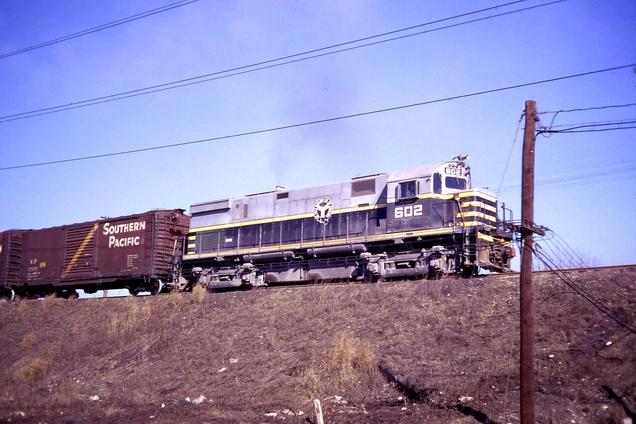 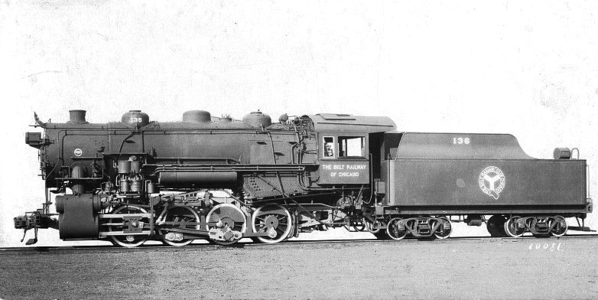 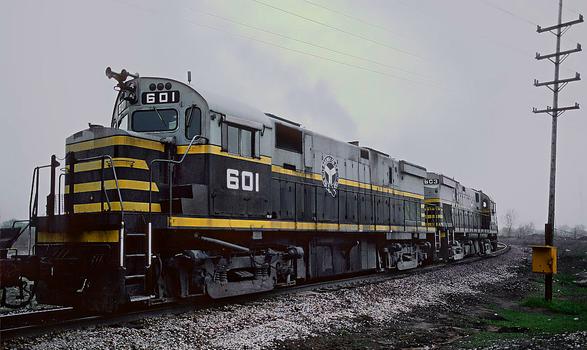 Belt Railway of Chicago, looking toward the west yard of clearing yard, taken from bridge of hump, Chicago, Illinois, January 1943.  Library of Congress.

Belt Railway of Chicago
The Belt Railway Company of Chicago (reporting mark BRC), headquartered in Bedford Park, IL, is the largest switching  terminal railroad in the United States. It is co-owned by six Class I railroads — BNSF Railway, Canadian National Railway,  Canadian Pacific Railway, CSX Transportation, Norfolk Southern Railway, and Union Pacific Railroad — each of which uses the switching and interchange facilities of the BRC. Owner lines and other railroads bring their trains to the Belt Railway to be separated, classified, and re-blocked into new trains for departure. The BRC also provides rail terminal services to approximately 100 local manufacturing industries. The company employs about 520 people, including its own police force and fire department. Its president is currently Patrick J. O'Brien.

BRC trackage
The BRC has 28 miles (45 km) of mainline route with interchanges to each of its owner railroads, and over 300 miles (500 km) of switching tracks. The vast majority of the latter are located in the Clearing Yard.

Clearing Yard
The Clearing Yard, located on the boundary between Chicago and Bedford Park, Illinois, just south of Chicago Midway International Airport, is one of the largest hump classification facilities in the United States. Some 5.5 miles in length and covering 786 acres (3.2 km²), the yard supports more than 250 miles (400 km) of track. It has six main subdivisions; one arrival, classification, and departure yard in the eastbound and westbound directions.

At the heart of the yard is the wicket-shaped tower which straddles the hump and from which are controlled the switches and retarders of both east- and westbound classification yards to either side of it. Using computer controls, the hump tower efficiently dispatches more than 8,400 rail cars per day. Operating around the clock, employees are able to classify between 40 and 50 miles of consists daily.

Locomotives
The BRC was noted for a fleet of Alco-built locomotives, even though Alco did not build locomotives in the United States after 1970. Specifically, the BRC owned six 2400HP C424's numbered 600-605. All six locomotives were removed from BRC's roster and sold. 600 and 601 have been scrapped. BRC currently operates rebuilt Electro-Motive Diesel locomotives, such as the SD38, SD40, GP38, and 1500-series switchers. As is popular in large hump yards, slugs are used in Clearing Yard to shove the hump.

Awards and recognition
The Belt Railway Company of Chicago has been honored several times with E. H. Harriman Awards, in the switching and terminal railways category, for employee safety, including a gold award for 1999.