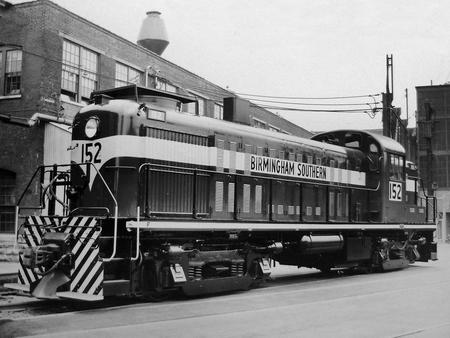 On May 17, 2007, Birmingham Southern Railroad was awarded a Gold E. H. Harriman Award in the S&T Group for the railroad's 2006 safety record.

History
The Birmingham Southern Railroad Company was organized on March 3, 1899. The line was originally built between 1878 from Birmingham to Pratt City, AL to haul coal to the steel mills in Birmingham. The line was extended to Ensley, AL in 1887.

6/13/2011: BSRR Northbound BS-1 Port Job rumbles through Mulga, AL with coke or coal hoppers headed to Birmingport, AL to be loaded and sent back to Ensley, AL for interchange to CSXT.