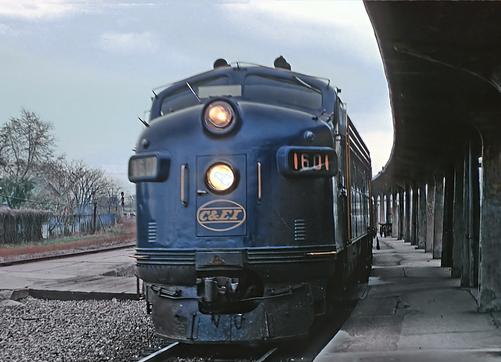 Chicago and Eastern Illinois Railroad
The Chicago and Eastern Illinois Railroad (reporting mark CEI) was a Class I railroad that linked Chicago to southern Illinois, St. Louis, and Evansville, Indiana. It was headquartered in Chicago, Illinois. Founded in 1877, it grew aggressively and stayed relatively strong throughout the Great Depression and two World Wars before being purchased by the Missouri Pacific Railroad (MP, or MoPac) and the Louisville and Nashville Railroad (L&N). MoPac merged the C&EI corporate entity in 1976 and was later acquired itself by the Union Pacific Railroad.

History
The Chicago and Eastern Illinois Railroad was organized in 1877 as a consolidation of three others—the Chicago, Danville and Vincennes Railroad (Chicago-Danville, November 1871), the Evansville, Terre Haute and Chicago Railroad (Danville-Terre Haute, October 1871) and the Evansville and Terre Haute Railroad (Terre Haute-Evansville, November 1854). Intended to merge or purchase railroads that had built lines between the southern suburbs of Chicago and Terre Haute, Indiana through Danville, Illinois, the C&EI constructed a new line from Chicago to a Mississippi River connection in extreme southern Illinois at Thebes.

The management of the Chicago and Eastern Illinois and the Chicago and Indiana Coal Railway ("the Coal Road" or C&IC) became intertwined and eventually a connection was built between the two railroads between Goodland, Indiana (on the C&IC) and Momence (on the C&EI). By 1894 the Eastern had merged the C&IC. The C&EI continued this vigorous growth into the next decade.

In 1902, the Frisco purchased a controlling interest in the Chicago and Eastern Illinois and continued building; first a connection between the two railroads at Pana, Illinois, next extending the line in Indiana to Evansville and a connection with the Ohio River. However, in 1913 financial problems led to the collapse of the Frisco, and the Eastern was once again on its own by 1920. The C&EI spun off a variety of their lines, including the "Coal Road" (which became the Chicago, Attica and Southern Railroad). The C&EI did not survive the Great Depression intact, entering bankruptcy in 1933, re-emerging just before World War II in 1940. The railroad continued its brisk growth once again, gaining access to St. Louis, Missouri in 1954. 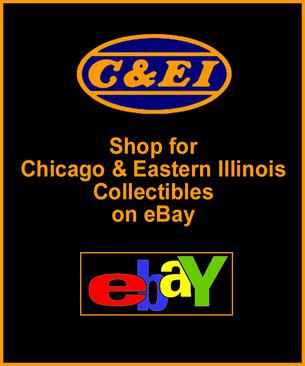 The Missouri Pacific Railroad began to quietly purchase C&EI stock in 1961. After approval was gained from the Interstate Commerce Commission, MoPac assumed control of the C&EI in May 1967. One of the stipulations of the merger required sale of part of the railroad to the Louisville and Nashville Railroad. The line directly south of Chicago to near Danville was actually purchased by both railroads (and continues to be owned and operated jointly by MoPac and L&N's successors, Union Pacific Railroad and CSX Transportation). The C&EI was maintained as a separate subsidiary for a few years, but Missouri Pacific merged it in 1976. The route from Woodland Junction, Illinois through Danville into Indiana became part of L&N and its successors (now CSX), while the western fork toward Thebes and St. Louis became MoPac/UP.