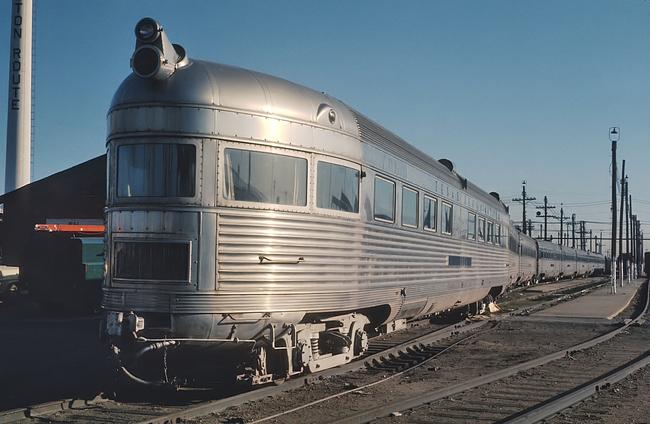 The Colorado and Southern narrow gauge lines were formed in 1898 from the Colorado Central and the Denver, South Park and Pacific Railroads. The narrow gauge had four distinct lines: the Platte Canyon Line from Denver, Colorado to Como, Colorado, the Gunnison Line from Como to Gunnison, Colorado via Alpine Tunnel, Highline between Como and Leadville, Colorado, and the Clear Creek line from Denver to Silver Plume, Colorado. Major Branch lines were the Baldwin branch between Gunnison and Baldwin; the Keystone from Dickey, Colorado to Keystone, Colorado; the Blackhawk branch between Forks Creek and Central City, Colorado; the Alma Branch from Como to Alma, Colorado; and the Morrison Branch from Denver to Morrison, Colorado. The Colorado and Southern narrow never owned a new engine, all motive power coming from the former companies.

Downfall of the narrow gauge
The Colorado and Southern narrow gauge was slowly abandoned piece by piece for 33 years between 1910 and 1943. The first line to close was part of the Gunnison Line between Hancock and Quartz. This included Alpine Tunnel, rail was not removed until the 1940s though. The isolated track between Quartz and Gunnison and Gunnison to Baldwin was leased and later sold to the Denver and Rio Grande Western Railroad. Quartz to Gunnison survived until 1936 and the Baldwin Branch lasted until 1954. The next line to be ripped up was between Garos and Buena Vista, Colorado. This left another isolated line between Buena Vista and Hancock which was abandoned four years later. Also in 1926 the Morrison Branch was removed. In 1931 part of the Blackhawk branch between Central City, Colorado and Blackhawk, Colorado was removed. Times were tough during the Great depression and by the end the narrow gauge was worn out. What was left of the former Denver South Park & Pacific between Denver and Leadville including the Alma branch and Keystone branch was removed in the Summer of 1938 excluding a short 14 mile segment between Leadville and Climax, Colorado and Denver and Waterton, Colorado. The next line to fall was between Silver Plume and Idaho Springs, Colorado in 1939. This included the famous Georgetown Loop. In 1941 the last of the Clear Creek lines began being torn up in May of that year between Golden, Colorado and Idaho Springs. This included the Blackhawk branch. The dual gauge third rail that allowed narrow gauge trains to run between Denver and Golden was also removed. The segment between Denver and Golden still exists today to serve the Coors Brewery. Most of the track was removed from Waterton to Chatfield, Colorado in 1942 and the rest was converted to standard gauge, ending all narrow gauge service out of Denver. The last narrow gauge operation between Leadville and the Climax mines was converted to standard gauge due to heavy traffic from World War II. The last Colorado and Southern narrow gauge train, pulled by engine 76, ran the 28 mile round trip on August 25, 1943. The next day standard gauge trains began hauling the load. The C&S narrow gauge was now part of history.

Narrow gauge today
In contrast to the preserved D&RGW narrow gauge equipment and infrastructure, few traces of the Colorado & Southern remain. Today there are five surviving Locomotives: C&S No. 31 is at the Colorado Railroad Museum painted as Denver Leadville and Gunnison 191, C&S No. 71 is on display in Central City, Colorado, C&S No. 9 is on display in Breckenridge, Colorado, C&S #60 is on display in Idaho Springs, Colorado, and C&S No. 74 is currently on display at the Colorado Railroad Museum in Golden, Colorado. Two roundhouses survive in Como, Colorado and Leadville, Colorado. Rolling stock has been scattered across the US. Some are on display in Colorado, One mail car found its way to Nebraska, and some boxcars are on the White Pass and Yukon Railroad in Alaska. Remaining Water towers are the French Gulch tank near Leadville, Bakers tank near Breckenridge, and Halfway tank near Alpine Tunnel. The Georgetown Loop was rebuilt in the 1980s and is active in the summer months.

Fort Worth and Denver Diesel Electric Passenger Locomotive No. 9980A at Dallas, Texas, January 1, 1959. The locomotive coupled behind No. 9980A, in the same consist, is Colorado and Southern's Locomotive No. 9951B, a Type B Unit. Photo by Everett L. DeGolyer.   DeGolyer Library, Southern Methodist University

The railway began as the consolidation of bankrupt railroads on 1898. The Colorado Central Railroad and Cheyenne and Northern Railway were brought together to form the Union Pacific, Denver and Gulf Railway in 1890. When Union Pacific went bankrupt in 1893 they were separated from the Union Pacific and united with the Denver, Leadville and Gunnison Railway and others, by Frank Trumbull to form the Colorado and Southern Railroad in 1898. In 1908 the Chicago, Burlington and Quincy Railroad bought control of the C&S. It would later merge into the Burlington Northern Railroad in 1981.

C&S was also the parent company of the Fort Worth and Denver Railway, which ran from a connection at Texline south and east into Texas. The FW&D was established as a separate company because Texas law required that railroads operating within its borders must be incorporated within that state. 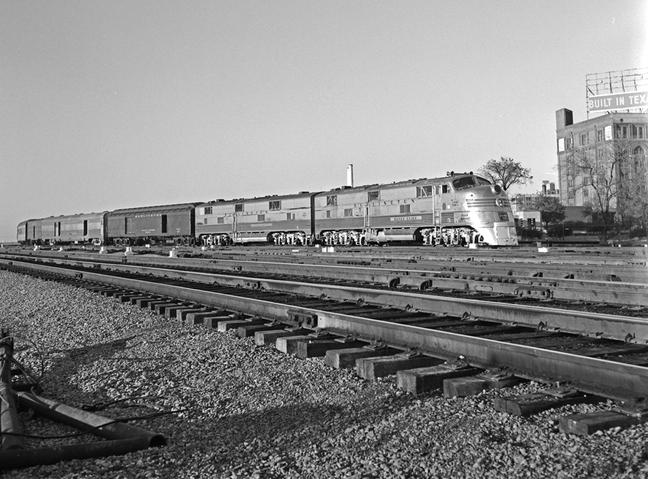 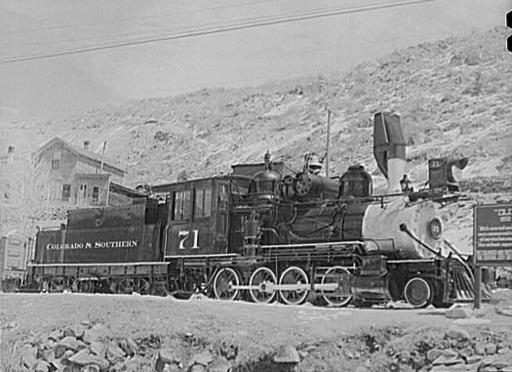 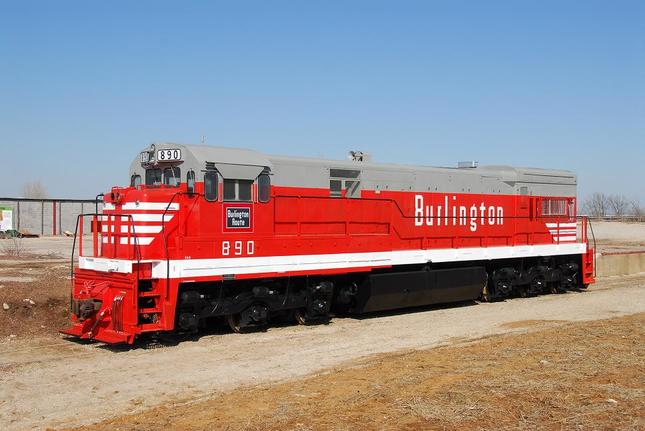 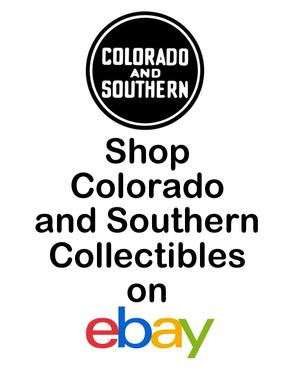 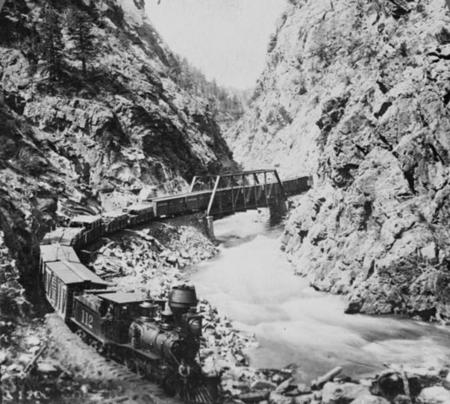 Colorado and Southern Railway in Platte Canyon, Colorado, circa 1923.

The Old 71 engine of the Colorado and Southern Railroad, which carried ore and passenger cars from Denver to "the richest square mile on earth." May, 1942.