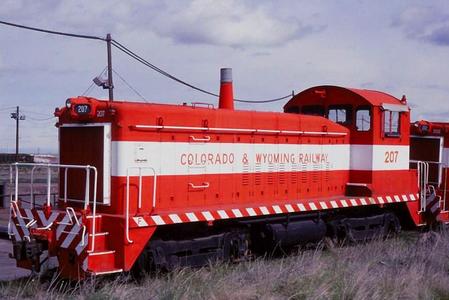 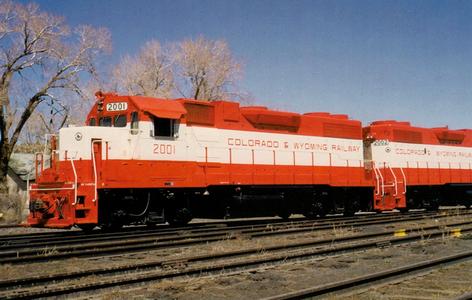 At the end of 1950, the Colorado and Wyoming operated 35 miles in Colorado (between Terico and Jansen) and 6 miles in Wyoming (between Guernsey and Sunrise), for a total of 41 miles of road. The two lines were operated as separate divisions and did not connect. The Colorado Fuel and Iron Company owned 10,995 out of 11,000 shares of Colorado and Wyoming Railway common stock. At this time, the C&W owned 17 steam locomotives (5 freight, 12 switchers) and 3 diesel-electric locomotives (all switchers), for a total of 20 locomotives. Freight cars consisted of 83 flat cars, 499 gondola and hopper cars, 3 tank cars, 40 misc. cars, and 3 cabooses, for a total of 629 freight cars. The railway also owned 2 company service equipment cars (MOW). Total operating revenue at the end of 1950 was $2,567,709.00, and revenue tons carried was 5,884,010. 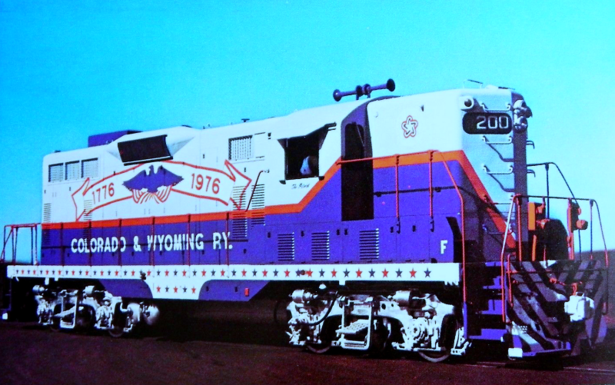 Colorado and Wyoming Railway
Originally founded in 1899, the Colorado and Wyoming Railway (reporting mark CW) is a former Class I railroad that is now a subsidiary of the Evraz North America. It hauls coal, ore and steel products on about five miles of track inside ERVAZ - Pueblo, CO Steel Mills facility (formerly Colorado Fuel and Iron's plant) in Pueblo, Colorado, and connects to the Union Pacific Railroad and the BNSF Railway. The railway was once a much larger railroad, serving the CF&I's mills, steel plants that were the only vertically integrated steel mills west of the Rockies until World War II.