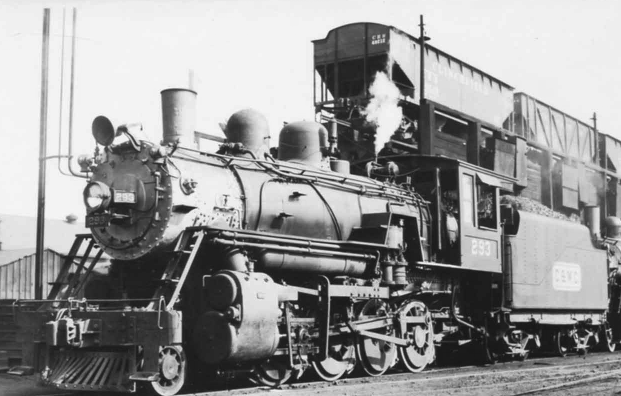 ​The Central of Georgia sought to expand into the western portion of South Carolina in order to funnel traffic through their lines out of Augusta. In order to accomplish this goal, the Central leased the Augusta and Knoxville Railroad in 1883, which owned a 68 mile line from Augusta to Greenwood. Shortly thereafter, the Central financed construction of three new lines; the first was an extension from Greenwood to Spartanburg, 66 miles completed in 1885, the second a branch from McCormick to Anderson, 58 miles , and a final branch from Laurens to Greenville, 36 miles. In 1886, all of these branches including the Augusta & Knoxville were merged to create the Port Royal and Western Carolina Railway. Financial trouble in 1894 caused the Central of Georgia to lose control of both companies.

Finally, in 1896, the Charleston & Western Carolina Railway was organized to consolidate both railroads into a single entity. The result was a 341 miles railroad network covering most of western South Carolina. In 1897, the Atlantic Coast Line took control of the C&WC and operated the railroad as an independent company until formal absorption in 1959.

From there, the trackage of the former C&WC moved through the merger tree, first to the Seaboard Coast Line in 1967, followed by the Seaboard System in 1983, and finally CSX Transportation in 1986. Most of the original C&WC system survives under CSX Transportation, while the remains of the former Laurens to Greenville branch survives as the Carolina Piedmont Railroad.

Origins
When the Charleston & Western Carolina Railway was created in 1896, it combined two existing railroads, the Port Royal and Augusta Railway and the Port Royal and Western Carolina Railway into a single entity. The oldest portion of the line, the PR&A, ran from Port Royal to Augusta, a distance of 112 miles following its completion in 1873. It was financed by the Georgia Railroad of Augusta, which sought to extend its own network and gain access to a port on the east coast. Fearing its port at Savannah would be compromised by any expansion of the facilities at Port Royal, the Central of Georgia Railway took control of the Port Royal & Augusta in 1881.