An Alco-GE ad touting complete dieselization on the Carolina and Northwestern. 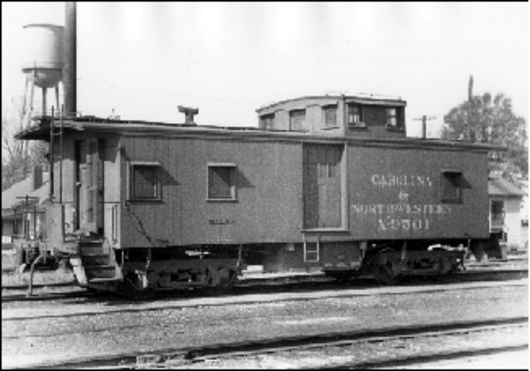 Over the next decade, the railroad operated under the umbrella of the Richmond and Danville Railroad.

By 1902, the Carolina & Northwestern Railway was converted to 4 ft 8 1⁄2 in (1,435 mm) standard gauge track, and it purchased a controlling interest in a logging railroad, the Caldwell and Northern, that ran from Lenoir to Collettsville, North Carolina. By 1906, the railroad had been expanded to Edgemont, North Carolina, making the line nearly 150 miles (240 km) long, further increasing access to the timber in the mountains north and west of Hickory, North Carolina.

In 1912, new shops were built in Hickory and within 10 years a locomotive was even built within the railroad’s shops.

In 1916 a major flood in this area destroyed a large amount of track and in addition, the town of Mortimer was almost completely destroyed. Most logging firms abandoned the area, having already cut down the majority of the trees they wanted by this time. This left the Carolina & North-Western Railway without many major shippers but the line managed to limp along. Logging completely stopped in the area by 1925, and the Carolina & North-Western Railway's passenger business began to suffer. By 1935, train service was provided on an "as needed" basis. The company petitioned the Interstate Commerce Commission to abandon passenger service between Lenoir and Edgemont in 1937. Freight service was to continue for one more year year, and 1938 brought the end to it as well.

The line earned the nickname of "Can't & Never Will" during the 1920s and 1930s,  after the many proposals for expansion that were never never to take place.

Around 1990, the track from Newton to Lincolnton, North Carolina was abandoned by the Norfolk Southern. The North Carolina Department of Transportation has preserved the line from South Newton, NC to an area South of Maiden, NC where the end of the line stops at U.S. Highway 321.

The five-mile (8 km) stretch of railroad track between Gastonia and Dallas was abandoned on or about August 20, 2003. 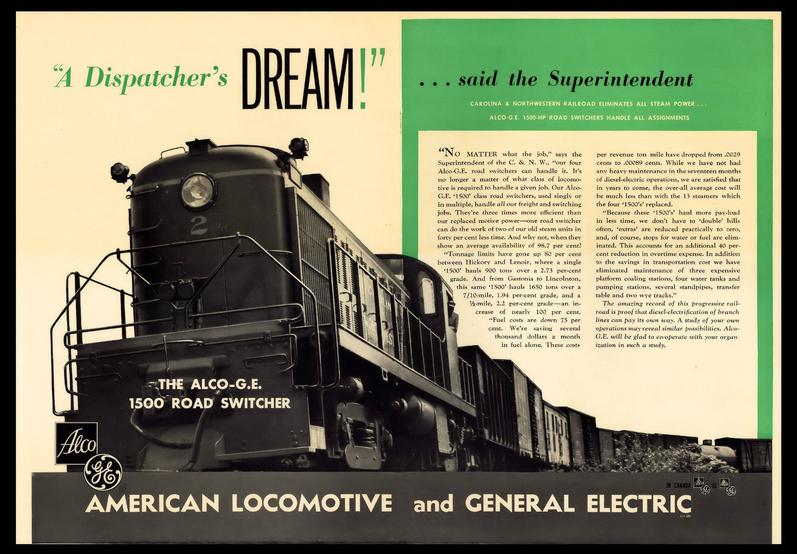 A Carolina and Northwestern caboose.