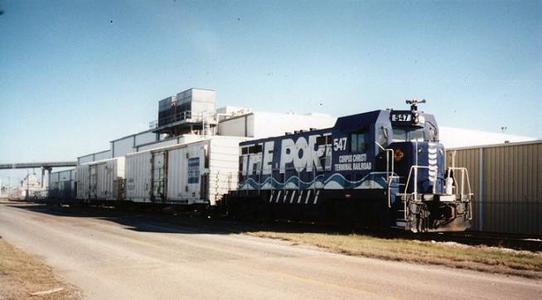 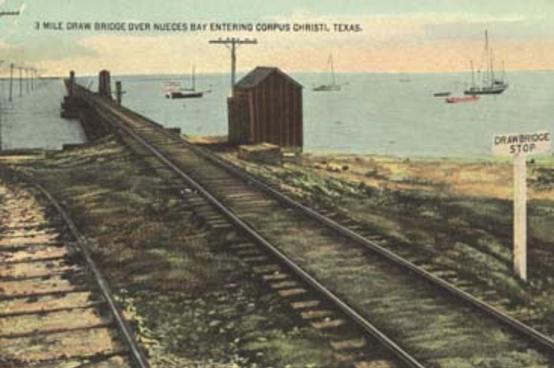 Corpus Christi Terminal Railroad
The Corpus Christi Terminal Railroad (reporting mark CCPN) was originally formed in 1924 as a terminal railroad for the purpose of moving heavy bulk freight cargo traffic at the deep water port channel at the Port of Corpus Christi, TX, which had recently been constructed. In an effort to maximize freight handling and keep rates low, the Port Authority allowed traffic access to all of its facilities and docks by the three local competing railroads, the Missouri Pacific Railroad, the Southern Pacific Railroad and the Texas-Mexican Railway. The Port of Corpus Christi Authority constructed its own trackage to the docks and along the channel and allowed all three carriers access.

At first, there were tensions between the three railroads, but they soon began to cooperate with each other, allowing a smooth flow of freight and much success of the Port’s facilities. All three railroads (SP, MP, TM) previously rotated switch responsibility on an annual basis. In 1960, the SP lost access to its yard (formerly SA&AP) in Corpus Christi when the bascule bridge was removed and the new Harbor Bridge was opened. The old SP rail causeway from Portland to Corpus Christi was purchased by the Texas Department of Transportation. In August of 1997, a wholly owned subsidiary of Genesee and Wyoming Inc., known as Rail Link leased the lines and took over the daily switching operations of the railroad.

The Port Authority recently agreed to allow a new resins plant to built on site that will generate 14,000 carloads of resins per year. The Port will be expanding the Nueces River Rail Yard and will construct eight 8,000-ft. sidings to service the new plant. As of 2016, the Port of Corpus Christi was the 5th largest port in the United States in terms of total tonnage.