ACROSS THE CONTINENT - A publicity brochure produced by the Chicago, Milwaukee & Puget Sound Railway in 1911.

The Chicago, Milwaukee & Puget Sound Railway, the Pacific Coast extension of the Chicago, Milwaukee & St. Paul Railway, in the few years since its actual construction was commenced, has opened to settlement a vast new country, a region embracing the far west Dakotas, the plains and uplands of Montana, and the mountains, where still unknown stores of minerals are hidden away. It has crossed the Missouri and the Columbia rivers, the most famous streams of this continent, and penetrated to the heart of the great riches of Idaho and Washington, to their wonderful fruit-producing valleys, to the hills, which carry on their rugged slopes unbroken phalanxes of giant timber, sufficient to supply the Western Hemisphere for hundreds of years to come. From the Missouri River to Puget Sound the new Northwest is vibrant with life and responding to the activities of busy communities. This railroad has created new markets for eastern manufactures, and this empire of the new West is producing in boundless quantity all that makes for the wealth of the nation. Click here to read the brochure in its entirety. 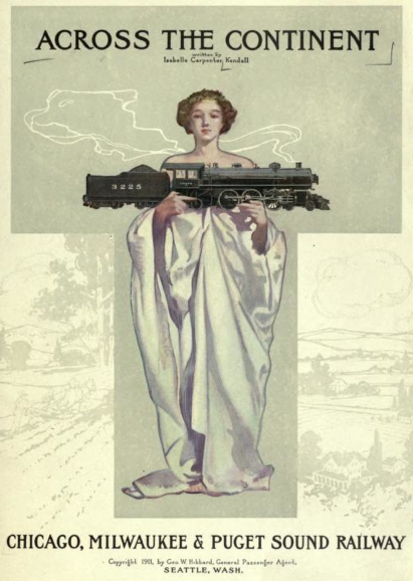 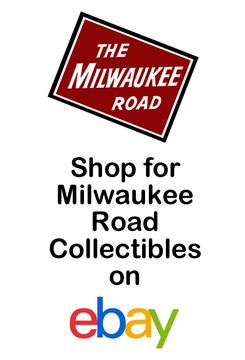 Chicago, Milwaukee and Puget Sound Railway
The Milwaukee Road, officially the Chicago, Milwaukee, St. Paul and Pacific Railroad (reporting mark MILW), was a Class I railroad that operated in the Midwest and Northwest of the United States from 1847 until 1980, when its Pacific Coast Extension was embargoed in the states of Montana, Idaho, and Washington. Its core Midwest system was merged into the Soo Line Railroad on January 1, 1986. The Pacific Coast Extension from the Midwest to the Pacific Northwest, planned between 1901 and 1906 and built between 1906 and 1909, was carried out under the auspices of the Chicago, Milwaukee and Puget Sound Railroad. This corporate entity was folded into its parent company in 1912.