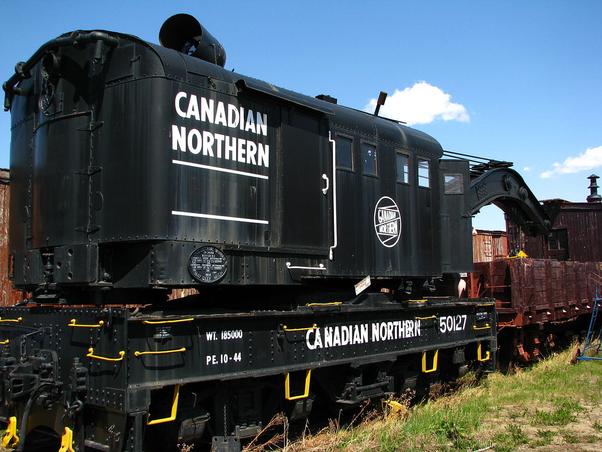 CNoR engine 1136 was built in 1913 and scrapped in July 1954. It kept its number after being taken over by CN in 1923. 1136 is seen on the IB&O turntable at Irondale, still sporting the original CNoR livery.  Public Domain

Manitoba beginnings
CNoR had its start in the independent branchlines that were being constructed in Manitoba in the 1880s and 1890s as a response to the monopoly exercised by Canadian Pacific Railway (CPR). Many of these branchlines were built with the sponsorship of the provincial government, which sought to subsidize local competition to the federally subsidized CPR; however, significant competition was also provided by the encroaching Northern Pacific Railway (NPR) from the south.

Two of these branchline contractors, Sir William Mackenzie and Sir Donald Mann, took control of the bankrupt Lake Manitoba Railway and Canal Company in January, 1896. Mackenzie and Mann expanded their enterprise, in 1897, by building further north into Manitoba's Interlake district as well as east and west of Winnipeg. They also began building and buying lines south to connect the U.S. border at Pembina, North Dakota, and east to Ontario.

Connecting the Prairies to the Lakehead
The Canadian Northern Railway was established, in 1899, and all railway companies owned by Mackenzie and Mann (primarily in Manitoba) were consolidated into the new entity. CNoR's first step toward competing directly with CPR came at the start of the 20th century with the decision to build a line linking the Prairie Provinces with Lake Superior at the harbor in Port Arthur-Fort William (modern Thunder Bay, Ontario) which would permit the shipping of western grain to European markets as well as the transport of eastern Canadian goods to the West. This line incorporated an existing CNoR line to Lake of the Woods and two local Ontario railways, the Port Arthur, Duluth and Western Railway and the Ontario and Rainy River Railway whose charters Mackenzie and Mann had acquired in 1897. To reach Port Arthur which became the lake terminus of the CNoR, the line extended south of Lake of the Woods into northern Minnesota before heading northeast through Rainy River District to the head of navigation on the Great Lakes. The Winnipeg-Port Arthur line was completed on December 30, 1901 with the last spike being driven just east of Atikokan station by Ontario's Commissioner of Crown Lands, Elihu Davis.

Throughout this time, Mackenzie and Mann had been busy expanding their prairie branch line network to feed the connection to Port Arthur. This network expanded in subsequent years to cover most parts of the prairies.

Going it alone
In 1903, the federal government and Grand Trunk Railway (GTR) were seeking a 2nd transcontinental railway for Canada and approached Mackenzie and Mann to seek their co-operation. This effort was not accepted and GTR and the federal government would go on to form a system composed of the Grand Trunk Pacific Railway (GTPR) and the National Transcontinental Railway (NTR).

Nationwide expansion
Mackenzie and Mann began their first significant expansion outside of the prairies with the purchase of Great Lakes steamships, the Quebec & Lake St-John Railway (1906) into northern Quebec's Saguenay region and the acquisition of branchlines in southwestern Nova Scotia (the Halifax and Southwestern Railway) and western Cape Breton Island. Other acquisitions were in southern Ontario and a connecting line was built from Toronto to Parry Sound.

In 1905, CNoR reached Edmonton, which had just been named capital of the newly formed province of Alberta.

In Eastern Canada, in 1908, a line was built east from a connection at Capreol, Ontario, on the Toronto – Parry Sound line to Ottawa and on to Montreal. In 1910 a direct Toronto–Montreal line was built. In 1911, federal funding was made available for construction of the line Montreal – Ottawa – Capreol – Port Arthur. In 1912, with GTR and CPR holding the ideal southern routes around Mount Royal to downtown Montreal, CNoR started building a double-tracked mainline north by building the Mount Royal Tunnel under the mountain.

In western Canada, in 1910 construction was started on the line west of Edmonton through Yellowhead Pass to Vancouver, thanks to subsidies provided by the government of British Columbia. In 1911, work was started on a new townsite named Port Mann on the Fraser River that would accommodate the new car shops and from where lines would extend to Vancouver and to the delta of the Fraser River.

Obstacles in the Rockies
CNoR's initial expansion in the 1890s and 1900s had been relatively frugal, largely by acquiring bankrupt companies or finishing failed construction projects. By the 1910s, significant expenses were adding up from the construction north of Lake Superior and the Mount Royal Tunnel, but the largest costs were from building on "the wrong side" of the Thompson and Fraser rivers in the mountains of British Columbia. CPR already had trackage on the desirable eastern side, leading to the port of Vancouver, forcing CNoR to blast tunnels and ledges out of these canyons.

The most infamous construction folly on the CNoR in British Columbia happened in 1913, when blasting for a passage for the railway at Hells Gate triggered an enormous landslide which partially blocked the narrow swift-flowing Fraser River. The resulting damage to Pacific salmon runs took decades to reverse by the governmental construction of fishways.

Steamships
In 1910 the company entered the trans-Atlantic liner business with the founding of the Canadian Northern Steamship Company. The subsidiary acquired two liners from the Egyptian Mail Steamship Company and operated them under its Royal Line brand. The pair of ships were renamed upon purchase—Cairo became Royal Edward and Heliopolis became Royal George—and refitted for travel on the North Atlantic. In Royal Line service, Royal Edward sailed from Avonmouth to Montreal in the summer months and to Halifax in the winter months. At the outbreak of the First World War, Royal Edward and Royal George were both requisitioned for use as troopships.

On August 13, 1915, the German submarine UB-14 sank Royal Edward, which was transporting troops from Avonmouth to Gallipoli.

Royal George was sold to Cunard in 1916, became an emigrant ship in Cherbourg by 1920 and scrapped in 1922 in Wilhelmshaven.

Resort Development
In 1914, the Canadian Northern Railway bought a 150-acre (0.61 km2) homestead north of Winnipeg on the shores of Lake Winnipeg. They purchased the land in order to develop a resort on Grand Beach.

Financial trouble and nationalization
The last spike of the CNoR transcontinental railway was driven January 23, 1915, at Basque, British Columbia. Freight and passenger service north of Lake Superior also started in 1915, resulting in a system between Montreal and Vancouver, with lines in Nova Scotia, Southern Ontario, Minnesota, and on Vancouver Island. Between 1915 and 1918, CNoR tried desperately to increase profits during the height of conflict in the First World War when the majority of wartime traffic was moving on CPR. The company was also saddled with ongoing construction costs associated with the Mount Royal Tunnel project.

CNoR was heavily indebted to banks and governments, and its profitable branchlines in the prairie provinces — "Canada's breadbasket" — would not generate enough revenue to cover construction costs in other areas. Unable to repay construction costs, the company requested financial aid. In exchange for funds, the federal government gained majority control of shares and CNoR was nationalized on September 6, 1918, when the directors of CNoR, including Mackenzie and Mann, resigned. The replacement board of directors appointed by the federal government forced CNoR to assume the management of federally owned Canadian Government Railways (CGR). On December 20, 1918, a Privy Council order directed CNoR and CGR to be managed under the moniker Canadian National Railway (CNR) as a means to simplify funding and operations, although CNoR and CGR would not be formally merged and cease corporate existence until January 20, 1923, the date that CNR was formally consolidated.

Significant portions of the old CNoR system survive under CN (as the CNR has been known since 1960); for example:

The majority of CN's former CNoR branchline network across Canada has either been abandoned or sold to shortline operators. An important U.S. subsidiary of CNoR, the Duluth, Winnipeg and Pacific Railway, forms part of a key CN connection between Chicago and Winnipeg.

This Canadian Northern wrecking crane is on display at the Alberta Railway Museum. 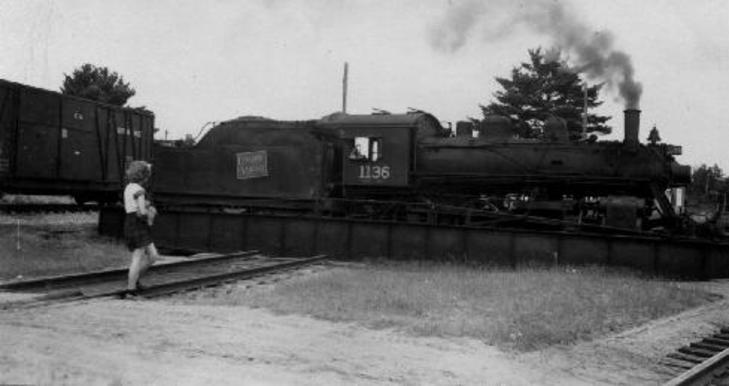